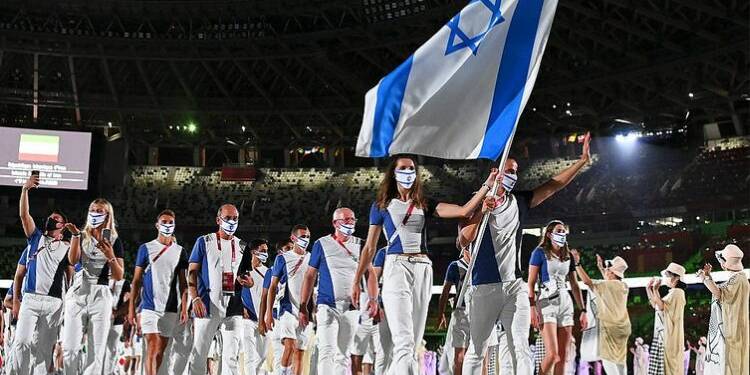 Israel’s diplomatic clout is growing all over the world. That Israel has in the past few years carved a favourable image for itself in much of the free world is known to all. Yet, one must admit – the supposed ‘Palestinian freedom’ cause still brings a tinkle to many eyes. Even today, the left-liberal cabal around the world views Israel as an occupational force. This was the case with much of the world in the 20th century, especially after the Jewish nation was formed. In the 21st century, however, such flawed perceptions have dramatically changed for the better. Consider this – on September 5, 1972, Palestinian gunmen from the Black September terror group took members of the Israel team hostage at the athletes’ Olympic village in Munich and brutally killed them. Ever since, the families of the slain Israel athletes have been calling on the International Olympic Committee to recognise the crimes committed against Israelis by Palestinians during the 1972 Munich Olympics. However, such calls repeatedly fell on deaf ears.

In 2012, the International Olympic Committee rejected an international campaign in support of a moment of silence to honour the Munich massacre victims. The then International Olympic Committee President Jacques Rogge called it “inappropriate.” It took a decisive Japan to ensure that the slain athletes of Israel during Olympic event, whose brutal murders by Palestinians have so far not been officially recognised, are given justice and that they are remembered 49 years after being murdered.

On Friday, during the opening ceremony of the Tokyo Olympic 2020, Israel Olympic team members who were slaughtered by Palestinian terrorists at the 1972 Munich Olympic were remembered with a moment of silence. While commemorating the memory of the 11 slain athletesof Israel, the announcer at the Olympic opening ceremony said, “We, the Olympic community, also remember all the Olympians and members of our community who have so sadly left us, in particular, we remember those who lost their lives during the Olympic Games.”

In a historic moment, as the stadium darkened and soft blue light illuminated parts of the arena, the announcer went on to say, “One group still holds a strong place in all our memories and stands for all those we have lost at the games—the members of the delegation of Israel at the Olympic Games Munich 1972.”

In a statement, widows  Ilana Romano and Ankie Spitzer, who watched the ceremony in the stadium along with members of the other families, said, “Justice has finally been done for the husbands, fathers and sons who were murdered in Munich.” Prime Minister of Israel Naftali Bennett said, “I welcome this important and historic moment. May their memory be blessed.”

Israel’s minister of culture and sport, Chili Tropper, called the moment a “historic justice” and said, “The Tokyo Olympics have just opened, but they are already a historic Olympics—after 49 years, on the main stage, at the opening ceremony, the 11 heroes, the victims of the Munich Olympics, were mentioned…Better late than never.”

Had it not been for Japan, the memory of the slain Israeli contingent who were murdered in 1972 would not have been honoured. It was the Yoshihide Suga government which made the same possible, and this shows how Israel and Japan have developed strong ties in the past few years. The growing bonhomie between Israel and Japan is no good news for China, which is increasingly eyeing a position for itself in the Middle East.

Read more: China is asking for trouble by supporting Hamas overtly because Israel is not known to be kind to its enemies

For Israel to have the backing of Japan in Tokyo Olympic is significant. Israel can share advanced and cutting-edge technologies with Japan to take on China. China shot itself in the foot and sent ties with Israel into the deep freeze by openly supporting Hamas and Palestinians during the Israel-Gaza war of May. China acted almost aggressively against Israel, and also mobilised support for ‘Palestine’ at the United Nations. At home, Chinese state media engaged in a naked show of antisemitism, and Israel protested the same at an official level saying as much.

Recently, Israel and Japan signed an agreement to conduct a scientific experiment on the moon. The agreement, signed at the Japanese Embassy in Israel in the coastal city of Tel Aviv, includes technological cooperation between the two countries for the purpose of the space mission. Israeli startup company Helios plans to conduct the first-ever experiment to produce oxygen and metal from lunar soil, which also will be the first time in history that a new product will be produced on the moon. For it to do so alongside Japan is no less than a milestone in ties between the two countries.

Recent moves by Israel show that it is positioning itself as an anti-China power. Israel recently got an observer status at the African Union, and as is largely known, China has deep interests in Africa. Now, by teaming up with Japan, Israel is making it known to Beijing that its miscalculated support for Hamas and Palestine will have significant consequences which it never foresaw.