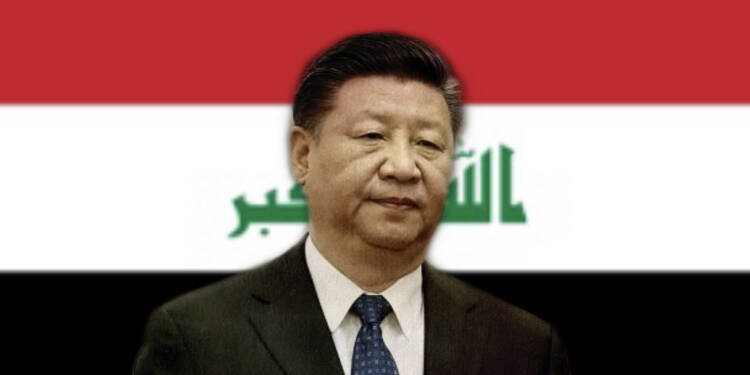 China has received two massive setbacks in Iraq. Iraq exports among the largest oil quantities to China. In May this year, Iraq was China’s biggest oil supplier, after Saudi Arabia and Russia. China in the past few years emerged as one of the biggest winners of Iraq’s oil contracts. Chinese companies were willing to operate on 20-year fee-based contracts, which offered lower profit margins than Western companies desired. Therefore, such companies became more lucrative for Iraq to conduct business with.

But as is largely known, cheap deals with the Chinese are never really cheap. Ties between Iraq and China have been pretty close. In 2008, China’s CNPC had become the first foreign company to sign an oil production deal with the Iraqi government since the 2003 U.S.-led invasion. In 2009, CNPC partnered with Iraq’s BP, winning a service contract to develop Iraq’s Rumaila oil field, the largest oilfield in Iraq. However, the reality of having close ties with the Chinese has now dawned upon Iraq. How China uses its investments and developmental projects in host countries to colonise them has been understood very well in Baghdad.

Therefore, China is now about to lose two massive opportunities in Iraq, and the oil-rich country has partnered with Russia to snub Beijing. Russia’s Lukoil PJSC is retracting its decision to sell its stake in West Qurna-2 field in the south to Chinese companies. Interestingly, the Russiancompany was all set to sell its stake to Chinese players, but intense lobbying by Iraq against the same has ensured that Chinese companies do not get to increase their clout in Iraqi oilfields.

According to Bloomberg, Iraq’s oil ministry has been in talks with Russia’s Lukoil PJSC for the last six months to convince it to repeal its decision, and that has contributed to the decision by Lukoil to not sell its stake to Chinese companies. West Qurna-2 field is located in the southern part of Iraq, 65 kilometres north-west of Basra, a major seaport city, and is one of the world’s largest fields. The field’s initial recoverable reserves come to around 14 billion barrels.

Read more: Iraq will be Iran’s first target after US-Iran nuclear deal but Saudi and UAE have begun strengthening their Arab ally

The second shocker for China has come from Iraq’s West Qurna-1 oilfield. With a 500,000 b/d capacity, the ExxonMobil-operated West Qurna-1 field is one of the world’s largest oilfields located in the southern part of Iraq.American Exxon Mobil entered into an agreement to sell its32.7 per cent stake to Chinese firms PetroChina Co. and CNOOC Ltd. in January and has been working to get the Iraqi government’s support for the deal. The government of Iraq, however, does not want Chinese stake in the oilfield to increase any further. Already, Chinese state-controlled PetroChina has a 32.7 per cent stake in the oil field. Any further addition would make China the largest stakeholder, and practically, the owner of the massive oilfield.

To prevent the same, Iraq’s oil ministry is working to get official approvals to buy Exxon Mobil’s stake in the West Qurna-1 field. In May itself, Iraq had rejected ExxonMobil’s effort to sell its stake in the West Qurna 1 oil field to two Chinese companies. Iraq is in favour of some other American company acquiring Exxon Mobil’s stake, in the absence of which it will itself buy the same. The West Qurna-1 field is estimated to contain recoverable reserves of more than 20 billion barrels.

In May, Iraq even scrapped a $2 billion pre-paid oil supply agreement with China’s state-owned Zhenhua Oil Co. and sold the crude earmarked for the deal to other customers. Under the deal, the oil was supposed to be destination-free and Zhenhua would have been allowed to resell cargoes. The agreement called for 4 million barrels of crude to be suppliedto Zhenhua for further sale each month.

Iraq and Russia have together snubbed China. Beijing thought it could increase its clout in Iraq and ultimately turn the oil-rich country into one whose assets are hegemonized by China. Iraq has seen right through such plans, which is why it is lobbying against all efforts which could see Chinese involvement in the country growing any further than it already has. China’s Middle East colonisation plans have, therefore, hit a major roadblock in Iraq.