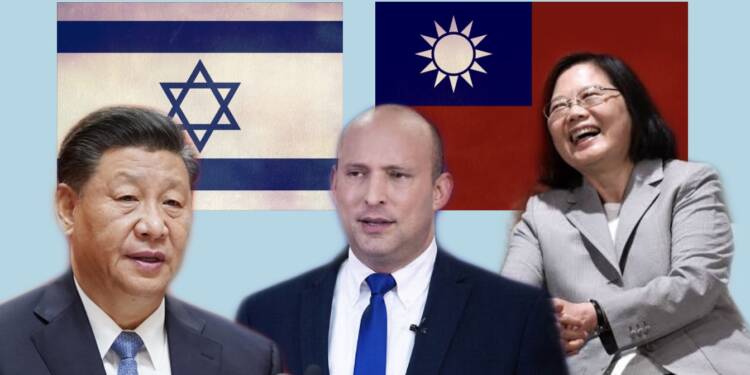 Diplomacy is a function of expediency and convenience, and therefore everything is possible in international relations. This is what Taiwan and Israel also seem to be thinking. Both Israel and Taiwan face international isolation and the issue of a serious challenge to their existence as an independent nation. Presently, China has been looking to poke Israel by supporting Hamas and Iran and using anti-semitic tropes against Israel. However, Israel now seems to be hitting back by forging closer ties with Taiwan, much to China’s chagrin.

In a show of growing camaraderie between Taiwan and Israel, Taiwan’s Digital Minister Audrey Tang and Foreign Minister Joseph Wu have penned a joint opinion piece on Jerusalem Post. In the opinion piece titled, “Why Taiwan seeks Israel’s help to combat cybersecurity threats,” the two Taiwanese Ministers have suggested that while China carries out a number of cyberattacks in Taiwan, Israel could collaborate with the island country in cybersecurity.

The two Taiwanese Ministers wrote, “We are one of the top targets of cyberattacks anywhere in the world. Our cybersecurity agency estimates that we face about 30 million cyberattacks every month – an average of 700 attacks every minute. About half of these originate from China.”

They added, “We also see opportunities to work together with Israel, an international leader in cybersecurity and emerging technologies. We are deeply impressed by Prime Minister Bennett’s initiative to form a joint global cybersecurity network. Addressing common threats together enhances the security and resiliency of all democracies around the world.”

Finally, the two Ministers made a clear proposal to Israel. They said, “Taiwan looks forward to working with the Israeli government to identify potential areas of collaboration. We are eager to share our experiences and lessons learned, particularly in terms of combating advanced persistent threats, while benefiting from Israel’s world-renowned expertise in innovation, technology and cross-sectoral cooperation.”

What the Taiwanese Ministers wrote in a leading Israeli newspaper suggests that the Tsai Ing-wen government in Taiwan wants to carve out an opportunity for befriending Israel. Presently, Taiwan and Israel do not recognise each other. The ties between the two countries have started picking up only over the past one or two years, because till now, Israel maintained a good relationship with China and wasn’t ready to annoy Beijing by getting too close to Taiwan.

However, over the recent past, Israel and China have been drifting apart. Firstly, Israel is a US ally, and former US President Donald Trump made it clear that Israel will have to give up China if it wants to preserve its special relationship with the US. Thereafter, Israel itself realised that China is no friend.

When Israel and Hamas shared hostilities earlier this year, Beijing was found supporting Hamas and Palestine. Israel itself realised that Beijing has chosen Iran over Israel. Therefore, Israel has no genuine interest in preserving any relationship with China now. This is exactly where Taiwan is trying to make some deep inroads by seeking better ties with Israel.

In fact, while the relationship between Israel and China has been in a downward spiral over the past year, Taiwan and Israel have been improving their bilateral ties. Recently, Taiwan decided to open its first-ever permanent Jewish community center in a bid to appease Israel.

Moreover, Taiwan’s largest software incubator, Innovation to Industry, recently selected 21 Israeli companies for a soft-landing program aimed at smoothing their path into the Taiwanese economy and Asian markets. The program aims at integrating Israeli software and Taiwanese hardware in a bid to strengthen bilateral cooperation in the tech sector.

Last year itself, Taiwan and Israel signed an agreement to expand bilateral cooperation in areas of education, student exchanges, and sports. Later, Taiwan also announced that it would send military and think tank representatives to Israel for learning about its reserve mobilization systems with the objective of enhancing military preparedness.

The fact remains that Taiwan wants to improve its military preparedness and cybersecurity against Chinese misadventures by cooperating with Israel, and Israel itself seems willing to help Taiwan.

For Israel, Taiwan is no longer a pariah state and the Jewish nation has no qualms in throwing China under the bus by helping its biggest enemy. In the Middle East, China irks Israel by supporting Hamas, and therefore Israel is ready to irk China in its own backyard by emboldening Taiwan. There might be a China-Hamas nexus in making, but Israel and Taiwan are coming together to counter it.

For China, the development is nothing short of a disaster. If Israel forges closer ties with Taiwan, it would seriously dilute the ‘One China principle’ that Beijing wants the entire world to follow. In fact, the surprising proximity between Israel and Taiwan seems to be eroding China’s influence in its own backyard.