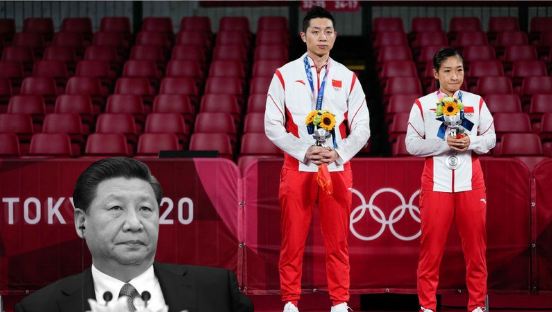 You never lose, you either win or you learn. For Chinese athletes, however, the saga is starkly different. If you lose, you are not enough patriotic and devoted to the nation. This year marks the 100th anniversary of the Chinese Communist Party (CCP) and therefore, the pressure from the hyper-nationalist Chinese citizens has kicked up a notch.

So, despite winning silver medals for their country, Chinese athletes are apologizing to their governments and people for losing out Gold to their opponents.

Liu Shiwen and Xu Xin, the Chinese table tennis players proudly clinched a silver medal for their country; however, for worse, they lost the Gold to their Japanese opponents in the mixed double match. Liu Shiwen’s first reaction after the match was a tearful apology.

Another Chinese athlete, Wang Luyao, faced the vehement wrath of the angry Chinese when she failed to qualify for the 10m air rifle shooting match. While posting her picture on social media, the athlete apologized, “Sorry everyone, it’s such a pity, I admit I chickened out. See you in three years time.” However, her apology was received with humiliating comments from the nationalist Chinese.

Read More: Japan’s Olympics has made the China-Japan rivalry a personal one 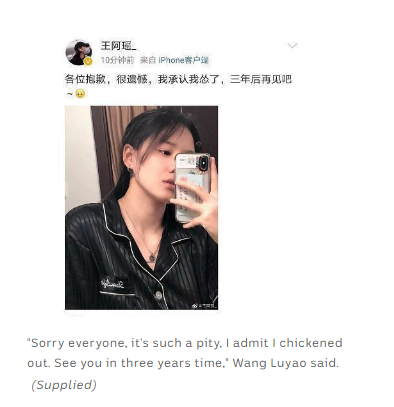 “How dare you post a selfie after losing the game?” one Weibo user said.

Similarly, weightlifter Liao Qiuyun, 26, lost the gold medal in the 55kg division and was seen crying afterwards, with her coach, also crying, comforting her. After being told by the journalists that silver is a great achievement, Liao piteously looked at the floor without uttering a word. “Today I did my best,” were the words that managed to get through her larynx.

The ongoing Olympics are being held in Japan, a country that has a contentious political history with China. The fact that Japan has invaded China in past is playing a major driving factor in mounting the online pressure, leading to players’ scathing cyberbullying at the hands of angry crowds.

“If Japan hadn’t held the Olympics, the world might still sympathise with it. Now, not only is the Olympic spirit absent, the anti-Japanese sentiment has been awakened,” Yin Jiliang, a Shanghai-based vlogger, was quoted as saying by the South China Morning Post.

Japan, perhaps, is to be blamed for this hyper-nationalism among the Chinese nationals, given the fact that Japan has turned the Olympics into a centre stage for back to back embarrassments for China. Japan has profusely fanned Taiwanese independence sentiments in the Olympics sending shivers down the spine of the Chinese government.

Read More: Japan has turned the Olympics into a centre stage for back to back embarrassments for China

Hence, Chinese nationals are failing to digest anything short of gold. Resultantly, a defeat in these Olympics is being received with harsh criticism and cyber-bullying. The menace escalated that much that even the Global Times, a state-run tabloid, had to publish an editorial calling for the public to rein in their fury.

“Unless there is a major reason someone needs to be criticised, these moments of public attention should not become harsh personal attacks, nor should it become cyber bullying,” the editorial said.

The medal tally shows China at the top having secured 34 gold medals, the most among all the countries as of today. But amid the sky-high expectations from the ultra-nationalists back at home, Chinese athletes have been seen on stage bucking under the pressure. For the Chinese, a gold is what actually counts, everything else is dealt with a scathing attack for running short of patriotism and passion for their homeland.