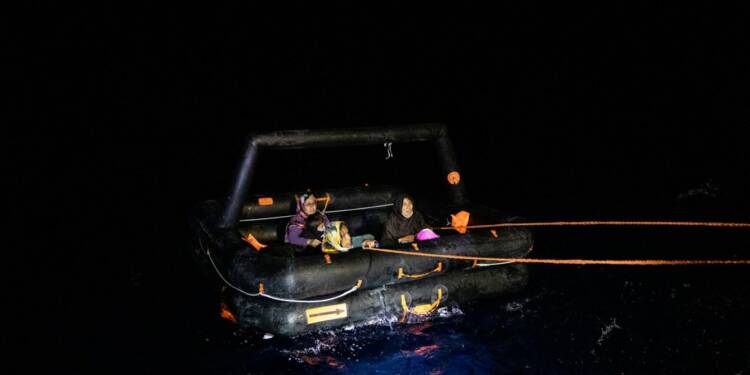 Turkey has been going through a rollercoaster ride without safety belts on, under the discouraging leadership of Recep Tayyip Erdogan. It was he who used fleeing migrants and refugees as hostages to gain maximum leverage from the European Union and also to browbeat Greece. However, Greece has had enough and is no longer willing to be blackmailed by Turkey. After being hostage trapped for years, Greece has shut its doors to refugees with absolutely no questions asked.

According to the National Defense Ministry of Turkey, drones assisting in local firefighting efforts saw the Greek boat dropping off the asylum seekers on the Mediterranean island of Basak, near the coastal town of Kas in the Antalya region. The irregular migrants were swiftly rescued by the Turkish Coast Guard Command after being abandoned on the desolate island without supplies, according to a ministry statement. It is one of the most direct actions by the Greeks and by doing this, they have given a resolute answer that Greece will no longer bear the burden for the wrongdoings of Turkey and other regimes east of the Mediterranean Sea.

The ministry condemned what it terms Greece’s previous cruel treatment of asylum seekers, saying that abandoning them was inappropriate and illegal under international law. However, they do not cover the part where authorities in Ankara provide free transit to these asylum seekers to move out of Turkey, even though, Erdogan is one of the very people who have been constantly helping to keep the Middle East and south of Turkey destabilised. Turkey has been unsuccessfully trying to browbeat Greece into accepting its unreasonable demands.

Turkish aggression against Greece since 2016, especially in the Eastern Mediterranean is not an unknown affair. The issue most recently caught limelight in December 2020, when Turkey withdrew its seismic research ship, the Oruc Reis, from the Mediterranean Sea after the EU threatened to impose sanctions on Ankara. The European Union standing in firm support of Greece is just one among the many victories which the nation has scored against Turkey.

Greece has launched a diplomatic onslaught against Turkey. Recep Tayyip Erdogan crossed a threshold in February 2020, when he made Turkey open its land border with Greece, actively transporting Syrian and other refugees and migrants to the Evros River, which separates Greece from Turkey, and encouraging them to cross. The Greeks were convinced after this incident that Erdogan was seeking a conflict with them.

Turkey has been flexing its muscles in the Eastern Mediterranean as it hopes to stumble soon upon a natural gas gold mine, which would make the country independent of much of its energy imports. And to make sure Greece does not oppose such acts, it has tried using refugees as a bargaining chip. However, this time Greece has put a full stop to such blackmailing and sent the refugees back to where they came from.