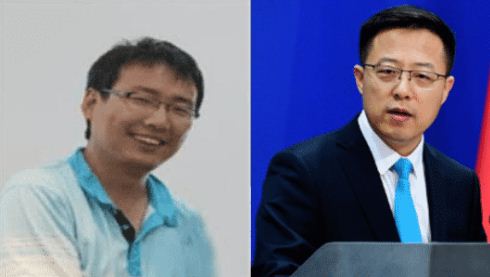 When you read the graphic language of serving Chinese diplomats, you will feel that China’s foreign policy community is a homogenous mixture of violent wolf-warriors literally baying for the blood of their rivals. However, the Chinese foreign policy community isn’t really a homogenous mixture, rather it is a chaotic zoo in which proverbial Wolves and Pandas are fighting with each other.

We are talking about the old, peace-loving Chinese diplomats colloquially referred to as “Pandas” and the new-age diplomats groomed by Chinese President Xi Jinping referred to as “Wolf-warriors”. The “Pandas” and “Wolves” are now fighting over a contentious issue- how China should narrate its story to the outside world. Wolves are, in fact, cracking down hard on the Pandas who speak publicly against the ‘wolf-warrior’ brand of diplomacy.

The “wolves” in China’s foreign policy establishment want to use graphic language like calling Australia “a bit like chewing gum stuck on the sole of China’s shoes.” Similarly, Chinese Foreign Ministry spokesperson Zhao Lijian went as far as spreading fake news that the US brought Coronavirus to Wuhan.

A Chinese wolf-warrior mind is destructive and thinks constantly in terms of graphic language and violent imagination. For example, speaking about the Five Eyes intelligence sharing network, Lijian said, “No matter how many ‘eyes’ you have, be careful not to be poked and get blind by harming China’s sovereignty, security and development interests.”

Xi himself said that countries that dare to “bully” China will see “their heads bashed bloody against the Great Wall of Steel forged by over 1.4 billion people.”

However, peace-loving “Pandas”, who have been marginalised in the Chinese foreign policy community by President Xi Jinping argue, that wolf-warrior diplomacy has neither allowed Beijing to communicate effectively with the rest of the world, nor has it helped repair China’s damaged reputation.

Hong Kong-based South China Morning Post has given the example of one such “Panda”- Chu Yin, a professor at the University of International Relations and deputy director of the Centre for China Globalisation (CCG). Speaking at a seminar in Beijing on July 14, Chu warned against getting trapped in the temptation of “mirroring internal propaganda in external publicity”.

Chu explained, “In the early days, we believed [speaking] good English would help [to tell China’s story].” The professor of International Relatoons added, “Now, we are able to use fluent and idiomatic English when telling China stories, but our foreign counterparts don’t understand at all.”

In order to express opinion against wolf-warrior diplomacy, Chu has published many articles, which includes criticism of posts mocking India for its COVID-19 crisis.

However, Chu is now facing a backlash from the “wolves”, who are presently in control of Chinese diplomacy. Chu’s comments are getting deleted and he himself received a warning from a higher level that the Chinese Foreign Ministry was dismayed by his remarks. One of his friends said, “Chu simply expressed his worries; he wasn’t aware that such normal comments would raise concern and even drag him into trouble.”

Meanwhile, Xi, who is not really a master diplomat, seems confused. The Chinese President is the one who oversaw the rise of ‘wolf-warrior diplomacy’ in the Chinese foreign policy calculus. However, in late May, Xi called on to come up with better international communication with a more “credible, lovable and respectable” style.

Xi’s comments were probably based on the realization that China is getting completely isolated due to its wolf-warrior diplomacy. However, the “wolves” aren’t simply going to give way to “Panda” diplomacy. They are making an example of Chu and indicating that “Pandas”, who try to challenge wolf-warrior diplomacy, will not go uncondemned.