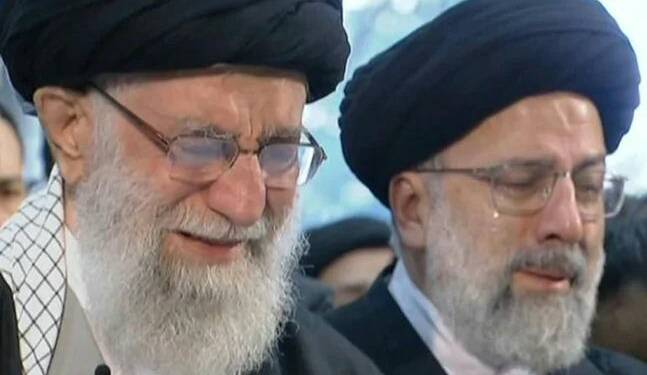 It looks like the hell has broken loose on the Iranian regime of late. Iran’s allies are turning into foes, the country stands at the brink of war with Israel and the regime is facing massive infuriated crowds at home. With an ultra-radical Ebrahim Raisi’s assumption of power, the woes have exacerbated manifolds. Turkey and Iraq, the nations closest to Iran are growing sceptical of Iran’s manoeuvres in the region.

In the east, the rise of the Taliban is sparking fears among the Iranian rulers. As Iran finds itself at the loggerheads with its neighbours, political stability might also take a hit in the country. In a nutshell, Iran has been piteously abandoned by its allies and is left in the lurch in the face of ascending instability in the region.

The biggest catastrophe for Iran in the recent past has been Trump’s four-year tenure that ended in January this year. The former US president wreaked havoc on the Iranian economy by imposing stringent sanctions on the Iranian regime. The embargo was meant to uproot the theocratic regime and put an end to Iran backed proxy wars across the West Asian region.

However, the regime strenuously survived Trump’s crusade. Iran’s sway over Iraqi resources kept the regime afloat while the nation was accorded with constant diplomatic and economic support from the countries like Qatar and Turkey.

However, the countries that once acted as a bulwark for Iran against the American sanctions have suddenly abandoned it. Take Iraq for instance. A prominent Iraqi Shia cleric close to Grand Ayatollah Ali Al-Sistani for the first time recently attacked Iran’s interference in his country.

The cleric named Sheikh Hamid Al-Yasiri stated that “From Imam Hussein, we learned that supporting other than the homeland is treachery. To receive voice, direction, and guidance from behind the borders is not the doctrine of Imam Hussein. We reject these affiliations and allegiances and declare with the loudest voice, without fear, and without hesitation, that whoever is loyal to other than the homeland is a traitor.”

Earlier this month, Iraq accused Iran of spurring extreme water shortages in the eastern part of the country by cutting off tributaries to the Sirwan and Karun rivers. According to the Minister of Water Resources in Baghdad, this has caused a water shortage in the Diyala governorate in the east of the country and affected the quality of water resources in Shatt Al-Arab in the far south. The minister also threatened Iran of roping in the international community in his bid to exert more pressure on Iran to ensure water rights from upstream countries.

Similarly, it looks like Turkey has also turned its guns on Iran of late. The proximity between Iran and Turkey has been largely driven by their mutual hate for the Arab countries. However, post the Abraham Accord era, Turkey is increasingly finding it unsustainable to carry forward its campaign against Arabs as well as the Jewish state of Israel.

Also, the Turkish ambitions in Iraq and Syria pose a severe threat to Iranian interests and risk putting Turkey and Iran on a collision course in both countries. The tensions between the two countries ran hot lately when Turkey decided to launch a military offensive against Kurds in Iraq and Syria, the countries where Iran wields massive influence. Consequently, a militia backed by Iran vowed to “cut off the legs” of Turkish soldiers if they came to “occupy” any part of the country.

Read More: If Turkey and Iran actually go to war, the world is only going to benefit from it

The commander of the militant organisation “Sayyid al-Shuhada’ Brigades,” Abu Ala’ al-Wali, tweeted that “Try your luck by coming on foot, and you will see how we cut off the legs of your boys, and ask your lady America about that.” This came after Turkish Interior Minister Suleiman Soylu recently sparked widespread anger among Iraqis with a statement in which he said that “the days when we go to Iraq and Syria on foot from here are not far away, for they are near, God willing.”

Iran’s rivalry with Turkey is not new. Iran has, for long, feared Turkey gaining geopolitical advantages due to Tehran’s isolation which is a product of its nuclear standoff with the West, and the limitations of its political appeal to Arab regimes and peoples. The disaffection between the two countries became evident during last year’s Armenia-Azerbaijan clashes too.

Also, the rise of the Taliban is a horrifying development for Iran. Iran fears that a civil war in Afghanistan could spill violence and turbulence across the Afghan border. The Taliban is a Sunni-dominated group that could easily spark tensions in the so-far peaceful Iran-Afghan relation. Iran is already grappling with infuriated crowds at home and is ridden in a severe water crisis and another chaos at the Afghan border is the last thing that Iran would want as of now.

Ebrahim Raisi’s coronation to power has sparked fear among its neighbours that Iran could embark upon a more radical path that could further stir instability in the region. The fear is such that even China has grown sceptical of Iran’s misadventures in the region.

Read More: After years of a very complicated relationship, China is finally breaking up with Iran

The recent developments suggest that a political war could also be brewing up inside Iran. Make no mistake, Raisi’s government has no popular support in Iran and his election has laid bare the deep rifts which exist among Tehran’s ruling class.

Many notable individuals gave a miss to the event altogether. These include former presidents, chairman of the Expediency Council and a member of the Guardian Council, the longest-serving parliament speaker and a Khamenei adviser, among others. These are important figures in Iran, and their resentment with the Khamenei regime is now out in the open.

Iran is already reeling under massive protests spurred out of extensive water shortages. At this critical juncture, Iran has also lost its last line of defence against the western sanctions. This simply means that Iran’s Raisi regime could soon fall apart out of its neighbours turning into its biggest foes. Raisi’s ouster could also mark the beginning of the end of the theocratic regime in the country.