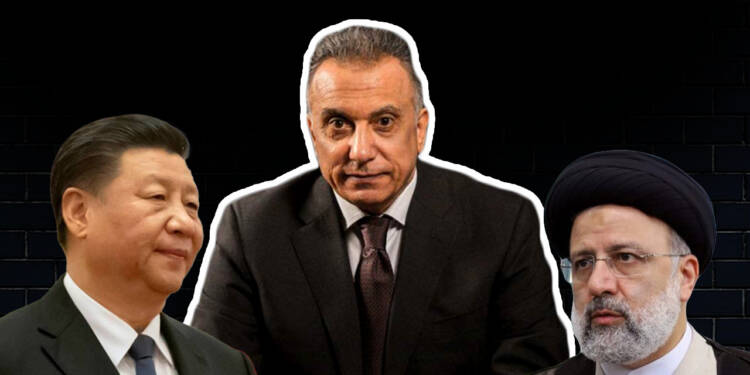 It was in 1932 that Iraq as a state gained its independence, and in 1958, a republic was proclaimed. The country houses the second-largest crude oil reserves in the world and is a major producer of natural gas, petroleum, sulphur, and phosphates. However, much to the country’s dismay, these abundant resources have been meticulously usurped by two of the most hostile forces in West Asia. The two countries are none other than Iran and China. Despite the abundant natural resources it sits upon, the country is deeply mired in the clutches of poverty and instability. So, after having been taken for a ride by the two hostile forces incessantly over the past years, Iraq has finally decided to turn its guns on Iran and China to subdue its economic and political woes.

In an unusual move last week, Iraq accused Iran of spurring extreme water shortages in the eastern part of the country by cutting off tributaries to the Sirwan and Karun rivers. According to the Minister of Water Resources in Baghdad, this has caused a water shortage in the Diyala governorate in the east of the country and affected the quality of water resources in Shatt Al-Arab in the far south. The minister also threatened Iran of roping in the international community in his bid to exert more pressure on Iran to ensure water rights from upstream countries.

Iraq relies mainly on the Tigris and Euphrates and related tributaries for freshwater. All originate in Turkey or Iran and converge near the city of Basra in southern Iraq to form Shatt Al-Arab, the waterway which flows into the Arabian Gulf. Iraq has already concluded a water-sharing agreement with Turkey and now wants the same with Iran. However, given the fact that Iran is also reeling under a massive water crisis of late, the issue is all set to reignite the tensions between the two nations. 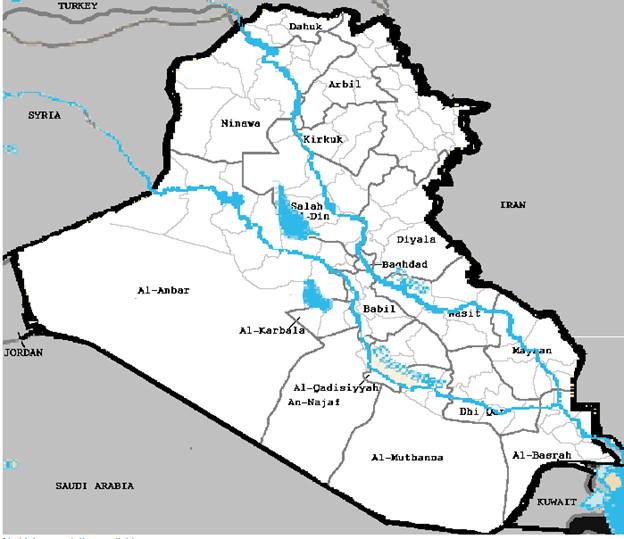 On similar lines, Iraq is also striving to shred off the massive Chinese influence over the country. The country is partnering with Russia to snub the involvement of Chinese companies in its energy sector. The Iraqi government recently prevented Russian and American energy companies from selling their stakes to the Chinese state-owned companies. This shows that the country has had enough of the Chinese menace in its territory.

Iraq is now making a long arm to better its ties with the Arab countries and is seeking to host a “regional summit” in late August to tout itself as a mediator between the Arabs and Iran. As per Iraq’s foreign ministry, Saudi Arabia’s de-facto ruler Mohammad Bin Salman, French President Emmanuel Macron and Turkish President Recep Tayyip Erdogan have been extended invitations for the summit. As per some internal sources, even newly sworn Iranian president Ebrahim Raisi could also attend the summit.

From being a client state of Iran and China to being a mediator between Iran and the Arabs, Iraq has come a long way vis-à-vis it’s diplomatic standing in the region as the country signals a renewed and comparatively soft approach towards the Arab nations. Recently, Iraqi foreign minister Fuad Hussein also embarked upon a ground-breaking visit to Riyadh to strengthen the bilateral ties and to pledge the country’s support towards stability in the region.  They also exchanged views on many regional and international issues.

Iraq knows very well that the China-Iran nexus has completely lost the plot in the Middle Eastern Arena, and its interests would never be served if it continues to battle for their interests in the region. Iranian intervention in Iraq began in 2014 and the country has been turned into a battleground since then. Violence has engulfed the entire country and pro-Iranian militias have wreaked havoc in the state. According to accounts by Iraqi security officials, pro-Iranian militias have been responsible for a series of increasingly sophisticated attacks against the United States and its allies on Iraqi soil.

Read More: Saudi and Iran were close to a temporary peace in Yemen. One move by the US and the fighting shifted to Iraq

On the other hand, Iraq stands chance to forge greater ties with the budding Israeli-Arab alliance that could really help a sulking Iraq achieve its potential.

Iran and Iraq shared hostile ties before the fall of Saddam Hussein in 2003. Now, the recent developments suggest that the relations between the two countries are again heading towards a state of Hostility. With Arab states and Israel on its side, and with the support from French President Emmanuel Macron, Iraq is all set to do away with the Iranian and Chinese influence in the country.