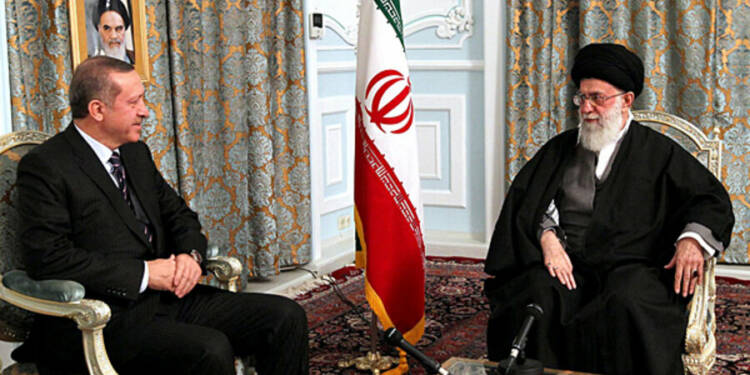 Friendships borne out of opportunism and expediency do not last for long. The same is the case with the unholy alliance of Iran and Turkey- two rogue nations of West Asia. Both countries are ambitious enough to dream of ruling the vast swathes of the region undergirded by the immense influence enjoyed by their proxies active throughout the region. As both countries embark upon proxy adventurism to forge a stronger hold over the crisis-ridden region, their interests are increasingly putting them on the verge of colliding with each other. The apparent friendship between Iran and Turkey is now looking all set to hit a roadblock as both countries are asserting themselves in the Kurdish-dominated regions of Iraq and Syria.

The mainstay of the recent flare-up is the Turkish offense against Kurdish fighters in both Iraq and Syria. Turkey claims that these attacks are in response to attacks carried out or planned by elements of the “PKK”, which Turkey has been fighting for 37 years inside and outside the country. However, for Iranian-backed militias in Iraq and Syria, Turkey’s actions are nothing less than a full-blown transgression against their sovereignty and territorial integrity. Consequently, an Iraqi militia backed by Iran has now vowed to “cut off the legs” of Turkish soldiers if they came to “occupy” any part of the country.

Read More: Turkey is suddenly sucking up to Israel, because Israel has leveraged Azerbaijan against it

The commander of the militant organisation “Sayyid al-Shuhada’ Brigades,” Abu Ala’ al-Wali, tweeted on Saturday that “Try your luck by coming on foot, and you will see how we cut off the legs of your boys, and ask your lady America about that.” This comes after Turkish Interior Minister Suleiman Soylu recently sparked widespread anger among Iraqis with a statement in which he said that “the days when we go to Iraq and Syria on foot from here are not far away, for they are near, God willing.”

Iran’s rivalry with Turkey is not new. Iran has, for long, feared Turkey gaining geopolitical advantages due to Tehran’s isolation which is a product of its nuclear standoff with the West, and the limitations of its political appeal to Arab regimes and peoples. The disaffection between the two countries became evident during last year’s Armenia-Azerbaijan clashes too. During the peak days of the ongoing clashes in the southern Caucasus region, Turkish President Recep Tayyip Erdoğan infuriated Iran by reciting a poem about the partition of Azerbaijan’s territory between Russia and Iran during the 19th century. Tehran viewed it as an attempt to instigate separatism among the Iranian Azeri community.

Read More: The unholy alliance between Turkey and Iran and why it will not last

Iran’s patience with Turkey’s belligerence is already running thin in Syria as well. Iran fears that Turkey might work to repeat the “Libyan model” in Syria and Iraq too. Turkey has signed up for a U.S.-led campaign along with Saudi Arabia, Qatar and others to remove Assad from power, which will result in further isolating Iran. In October 2019, following the USA’s drawdown of the troops from Syria, Turkey got the opportunity to launch cross border military operation against Syrian Democratic forces. This also resulted in a massive influx of the Turkish-backed militias in the country that continue to pose a grave threat to Iranian interests to date. Both Iran and Turkey keep jostling with each other for securing their hold over the Kurdish-dominated region to prevent the rise of insurgency on their borders.

Moreover, Turkey’s increasingly softening attitude towards Israel is also prompting Iran to go all guns blazing against Turkish influence in the region. Interestingly, Turkey and Israel share the same concerns in Azerbaijan against the Iranian threats prevailing there. Now, President Erdogan is ostensibly cozying up to Israel for joining in the latter’s crusade against Iranian interests from Azerbaijani soil. With the aim of neutralizing Iranian threats, the Jewish state has involved itself heavily with Azerbaijan, sounding the alarm for Turkish interests in the country. Turkey cannot afford to lose its crucial partner in the southern Caucasus region to Israel, and thus is striving hard to work out a deal with Israel in order to consolidate their efforts against the common enemy- Iran.

Iran and Turkey, both are ravaged economies while being the most ambitious powers in the region at once. Now as both countries trudge forward into the collision course in Iraq and Syria, there is not much for the world to lose.