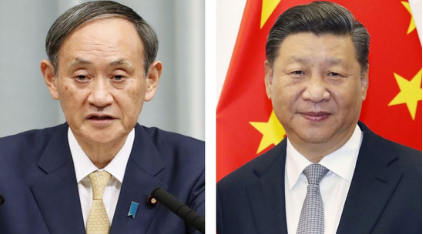 Japan is looking to give yet another blow to the People’s Republic of China with respect to the island nation of Taiwan. Remember how Japanese Prime Minister Yoshihide Suga insulted China by saying that it may never be able to join the Trans-Pacific Partnership (TPP) agreement? Suga had pointed out that it was practically difficult to accommodate a country, where the State runs most of the business, into the 11-member trade bloc.

Now, Japan is rubbing salt on China’s wounds by signalling that it may support Taiwan’s bid to enter the 11-member trade bloc, which is now called the Comprehensive and Progressive Agreement for Trans-Pacific Partnership (CPTPP).

Chinese Foreign Ministry spokesman Zhao Lijian protested against the LDP-DPP talks and said that Taiwan’s status “concerns the political foundation” of the relationship between Beijing and Tokyo.

In what seemed to be a reference to the Japanese colonisation of Taiwan during the Second World War, Lijian said, “Japan bears historical responsibility and crimes on the issue, which underscores the importance to act prudently.” The Chinese spokesman added, “We urge Japan to stop interfering in China’s internal affairs and refrain from sending any wrong signals to ‘Taiwan independence’ forces.”

Yet, Japan seems to be undeterred by China’s desperate remarks. Otsuka, head of the LDP’s defence committee said, “Taiwan’s early participation in TPP is extremely important.” Otsuka added, “We told them that we would like to support it.”

The DPP too is looking to capitalise upon the opportunity that has come it’s way. Taiwanese Lawmaker Lo Chih-cheng made it clear the island nation would show a strong will to participate in the TPP in line with President Tsai Ing-wen’s intent to mainstream Taiwan at global forums.

Japan’s formal nod may not by itself ensure Taiwan’s entry into the CPTPP as it is now called, but Tokyo’s support would go a long way in paving the way for Taiwan’s entry to the 11-member trade bloc. The fact remains that Japan is the largest economy in the CPTPP and therefore it does enjoy a lot of influence in the trade bloc.

In any case, Taiwan’s entry into the Comprehensive and Progressive Agreement for Trans-Pacific Partnership is likely to be seen as the first step towards international recognition of Taiwan and dilution of the ‘One China Principle.

Read More: Japan and Taiwan haven’t exactly been the best of friends, but China is bringing them closer

Tokyo itself wants to bring Taiwan into the trade bloc because the island nation occupies a central place in Japan’s security strategy. If Taiwan finds legitimacy as a nation independent from China, it will help Japan in pushing back against Chinese expansionism in East Asia.

Moreover, Taiwan also holds a lot of importance in drafting the economic policies of Japan. The Japanese government strongly supports the diversification of global supply chains away from China in the aftermath of the COVID-19 Pandemic.

Taiwan’s thriving semiconductors industry occupies a pivotal position in the global electronics industry and therefore Japan wants to bring the island nation into a trade bloc that excludes China. On one hand, Japan isn’t letting China join CPTPP and on the other hand, it is promoting Taiwan’s entry into the trade group. This is a part of Tokyo’s strategy to isolate China and mainstream Taiwan in the global supply chains. At the end of the day, Japan’s attempt to bring Taiwan into a mainstream trading bloc is a part of its latest efforts to gradually assert the independent status of the island nation. Last month, former Japanese PM Shinzo Abe called on the U.S. and Taiwan to join the Comprehensive and Progressive Agreement for Trans-Pacific Partnership to further economic cooperation between the trio.

Therefore, Japan isn’t only trying to rope Taiwan into the CPTPP but also compelling the Biden administration in the US to share a common inter-governmental platform with the island nation. This is again in line with Suga’s effort of forcing the US to support Taiwan.

Japan is really showing the intent of going to any extent to support Taiwan regardless of China’s sensitivities. It is falling just a little short of explicitly recognising Taiwan, which also doesn’t seem like a very remote possibility.