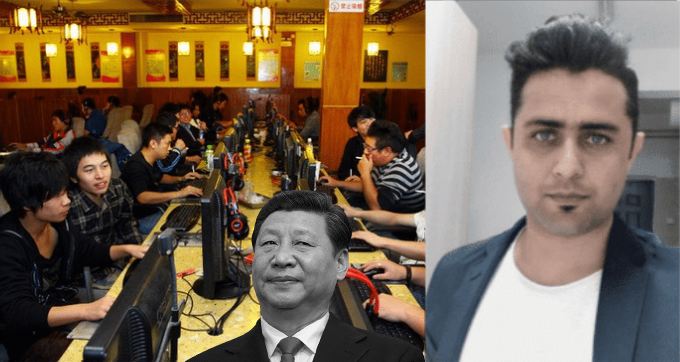 The people of China are civilizational, and thus, howsoever stringent the surveillance and hold of government be on the people, they will try to voice their disagreement for considering Taliban an ally. Now the Chinese Communist Party is using its troll army to silence the anti-Taliban blogger on Weibo so that his side of the story does not gain traction among the Chinese people. Jalal Bazwan, an Afghan who blogs in Chinese on Weibo, has recently been targeted by Chinese nationalist trolls for his criticisms of the Taliban.

In his conversation with the news portal he said, the Chinese have a strong belief in the maxim that “my enemy’s enemy is my friend.” So they believe the Taliban are America’s enemies, and that America is harming China, so why would someone come to speak out against the Taliban? They are, however, unaware of America’s complicated relationship with the Taliban. Some Chinese people threatened to beat me up if I returned to China. I’m not afraid of people like that. Those reactions had no effect on my feelings for the folks who had been my friends in China.”

Even he knows that the threats and criticism are coming from the CCP and its troll army, also known as the 50 cent army. A coordinated influence campaign on Twitter, Facebook, and YouTube using a mix of artificial and reused accounts to promote pro-China narratives and shift public opinion on critical issues. Given that it is anticipated to change the international narrative on social media platforms, where there is a significant human footprint and individuals engage in everyday dialogue, this is a truly monumental task.

This is when a well-organized group like the 50 Cent Army comes in handy. According to estimates, from 2016, the “50 Cent Army” is a group of state-sponsored internet commenters with a membership of 500,000 to two million. And these are the very people and mechanisms which have been tasked with silencing the voice criticising the Taliban.

Recently, when asked about the fall of Afghanistan to the Taliban, the CCP made it look like the capture of Kabul by the organisation actually epitomised the wishes of ordinary Afghan people. Chinese Foreign Ministry spokeswoman, Hua Chunying pretended as though the events unfolding in Afghanistan had not been brought about by violent Taliban militants, but instead had popular backing of the people. She said, “We respect the will and choice of the Afghan people.”

The people of China are, however, not impressed. This was brought to light more so by the CCP’s flagship newspaper, People’s Daily running an article that sought to portray the Taliban as pro-poor and an organisation that grew out of resistance to the ruling class in the country. In a Weibo post titled, “What Kind of Organization is the Taliban?” The CCP-run publication suggested the Taliban had risen as a group comprising “students in refugee camps”.

According to the China Media Project, however, the Chinese people did not like the glorification of the Taliban. The post quickly rose to the top of the trending posts roster, becoming the fifth-ranked post on Weibo on Monday. “Why no mention of terrorism?” one user asked in a Weibo comment on the post. “So it’s a good thing to behead people?” another user probed.

Now China is trying to employ its troll army to make sure that the narrative does not shift away from what the CCP maintains. The latest unleashing of the troll army on the anti-Taliban Weibo blogger is one of the many examples of the same which are not able to come to light given the extent of surveillance and firewall.