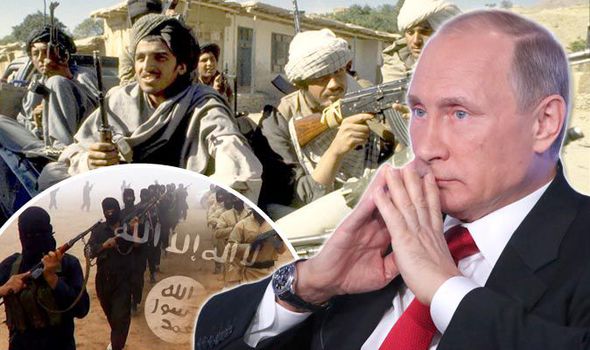 While the Biden administration has committed a geopolitical disaster, Russia under Vladimir Putin is playing the long-cherished game of realpolitik geopolitical engagement, that is, good cop/bad cop. Zamir Kabulov, President Vladimir Putin’s special envoy to Afghanistan, said Moscow has been seeking to develop “contacts with the Taliban movement for the last seven years.” He went on to say that Russia expects the Taliban to “play a key role in Afghanistan’s future.” However, earlier we had reported how Russia is supporting its Central Asian allies to provide all possible support to the Northern Alliance. And as we speak, Russia has still not revoked the designation of the Taliban as a terrorist organisation.

While people may recognise either one of the two aspects, Russia is basically playing both good cop and bad cop with the Taliban. The way in which Russia is trying to manoeuvre through the Afghanistan question has made the Taliban really confused. Perhaps, learning from the disaster that Joe Biden made, Putin wants to continue this policy, so that the Taliban remains in an uncomfortable situation, where they know that Russia is helping the Northern Alliance via Central Asian countries, but cannot say a word against it as it may provoke Russia even more.

The statements made by the Russian special envoy to Afghanistan among other statements, give out a clear indication that Moscow is expecting the Taliban to play a key role in Afghanistan’s future. Following the Taliban’s takeover of Afghanistan, Russia has recommended western countries to not freeze the country’s gold and foreign exchange deposits overseas. Zamir Kabulov, Russia’s presidential envoy to Afghanistan, warned in an interview with the state-run Rossiya 24 channel that such a move would ultimately affect regular Afghans.

Even earlier, Dmitry Zhirnov, Russia’s envoy to Afghanistan, has stated that there is no alternative to the Taliban in Afghanistan and that any resistance to the Islamist group will collapse. “The mood in Kabul can be described as one of cautious hope,” Reuters quoted Zhirnov as saying.

These kinds of statements, when seen in isolation, paint a picture that Russia is supporting the Taliban’s takeover of Afghanistan. However, given the fact that the Taliban’s delegation to Russia received mere lip service, it knows that Russia is planning something else.

Unlike the US, Russia refuses to remove the ‘terrorist organisation’ tag on the Taliban, Russia earlier disclosed that it received new orders for arms and helicopters from Central Asian Republics bordering Afghanistan. The announcement added up to a chronology of events since the Taliban’s takeover of Afghanistan, which suggests that Moscow is not very comfortable with the Taliban’s resurgence.

Russia is empowering ex-Soviet, Central Asian Republics which are particularly vulnerable in the context of the Taliban’s resurgence in Afghanistan. Uzbekistan, Tajikistan and Turkmenistan share borders with Afghanistan’s Northern provinces and are therefore at risk of infiltration of militants or Taliban fighters masquerading as refugees.

Read more: Russia is preparing for a war against the Taliban

Now, by supplying weapons to Central Asian countries bordering Afghanistan, Russia is only making its fight with the Taliban more explicit. Russian President Vladimir Putin himself wants to avoid a spillover of Taliban fighters posing as refugees into Russia via Central Asia.

Not only this, the allies of Russia in Central Asia are taking things into their own hands. They are not only providing continued supply to the Northern Alliance but have also made it clear that they will not recognise the Taliban. And these statements by a Russian ally mean that Russia too approves of the same.

Late last month, after the meeting between Tajik President Emomali Rahmon and Pakistan Foreign Minister Shah Mahmood Qureshi, Dushanbe made it clear that it won’t recognise any government in Afghanistan that is formed through “oppression”. In the statement, Tajikistan said, “Evidence clearly shows that the Taliban are abandoning their previous promises to form an interim government with the broad participation of other political forces in the country and are preparing to establish an Islamic emirate.”

Anyone viewing will find it difficult to understand the reason behind Russia’s good cop/bad cop policy. However, Putin has realised that the Taliban cannot be given the opportunity to threaten its borders and allies in Central Asia. And to make sure this is successful, he is trying to keep the Taliban in limbo, while supporting the anti-Taliban movement led by the Northern Alliance. This way, the Taliban will not be able to say anything against Russia, while Moscow’s objectives will be fulfilled.