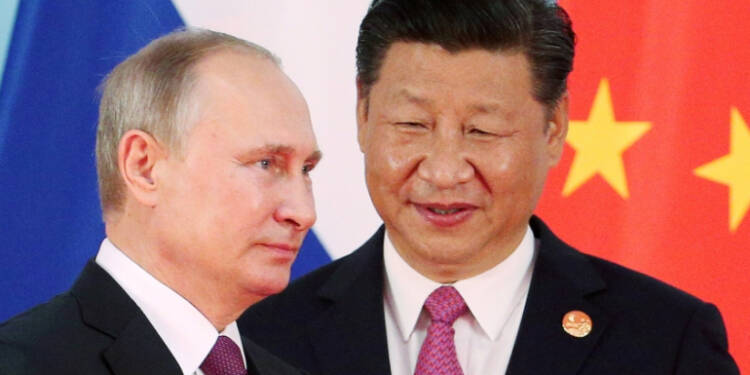 For many, the photo-ops involving Chinese President Xi Jinping and Russian President Vladimir Putin leave an impression of sheer camaraderie. However, deep down, both Moscow and Beijing share historical hostility and refuse to accept each other’s supremacy. We already know how China is actively trying to eat into Russia’s sphere of influence in Central Asia, the Arctic and Eastern Europe. China also stakes claim over Russia’s Far East and the prized port city of Vladivostok.

However, Russia too is interested in a vast Chinese territory- Manchuria. In fact, Moscow has been showing interest in this part of China due to historical reasons. In 2019, Russian President Vladimir Putin promised to solve the problem of the preservation of Russia’s monuments in the Northeastern area of China- Manchuria. With his remarks, Putin had indicated that he hasn’t really forgotten Moscow’s interests in the historical territory currently under Chinese control.

The history of Sino-Russia conflicts in Manchuria goes back to the 19th and early 20th centuries.

The Russian invasion of Manchuria occurred in the aftermath of the First Sino-Japanese war in 1894-95. China lost the war and Russia decided to wrest occupation of Manchuria from the Japanese. By 1900, much of Manchuria was in Russian control.

However, the Northeast Chinese region of Manchuria again got dragged into war in 1904 when Japan attacked Russian-operated Port Arthur. Russia was defeated in its war with Japan and ceded control of Port Arthur and some parts of Southern Manchuria. Later in 1929, the Soviets gained control of the Eastern Railway in Manchuria.

The Soviets made one more attempt to gain control of the entire Manchuria towards the fag end of the Second World War. Soviet forces declared war on Japan and invaded Japan-controlled Manchuria in August 1945.

In a swift military action, Soviet forces threw Japanese troops out of Manchuria. However, in 1946, Soviet forces had to withdraw from Manchuria in the aftermath of the Chinese Civil War and the Mao Zedong-led Chinese Communist Party (CCP) taking control of the region. In any case, the Soviets captured the industrial infrastructure left behind by the Japanese and transferred it to the erstwhile USSR before withdrawing.

Manchuria is a Chinese-held territory but Chinese Communist hardliners tend to link it with the Russian Far East. They call it ‘Outer Manchuria’ in a bid to stake a claim over the Russian-held region.

In fact, the Russian Far East has scope for enormous growth due to its proximity to the melting Arctic, which is going to become the centre of commercial activity and transportation between Europe and Asia in the coming decades.

On the other hand, the people of Manchuria are growing increasingly disillusioned with the CCP. Manchuria is home to the Manchu people, the fourth largest ethnic minority in China. The Manchu people are ethnically different from the majority Han Chinese community in China.

The Manchu people are one of the biggest victims of the Chinese Communist regime. China’s final imperial dynasty the Qing (1644-1911) was actually led by the Manchurian minority. But today, Chinese President Xi Jinping is running a campaign for Han Chinese supremacy which undermines the interests of minority ethnic communities including the Manchus. This is bound to trigger disaffection and even separatism amongst the Manchus.

Russia can trigger insurgency in Manchuria

For Russia, which still hasn’t forgotten its historical interests in Manchuria, a conquest of the region isn’t really an option.

However, Moscow will always have the option of triggering insurgency in the Chinese territory, even as Xi Jinping continues to alienate ethnic minorities. Only recently, Chinese President Xi Jinping made some really condescending remarks about ethnic minorities in China. Xi said, “[We] should hold the ground of ideology. [We] should actively and steadily address the ideological issues that involve ethnic factors, and continue to eradicate poisonous thoughts of ethnic separatism and religious extremism.”

Moreover, as Russia accelerates the development of its Far East bordering China’s Manchuria, the Chinese Manchus are bound to get irked by growing regional disparities in China. Ultimately, they might try to start a pro-Russia insurgency movement much to Beijing’s chagrin.