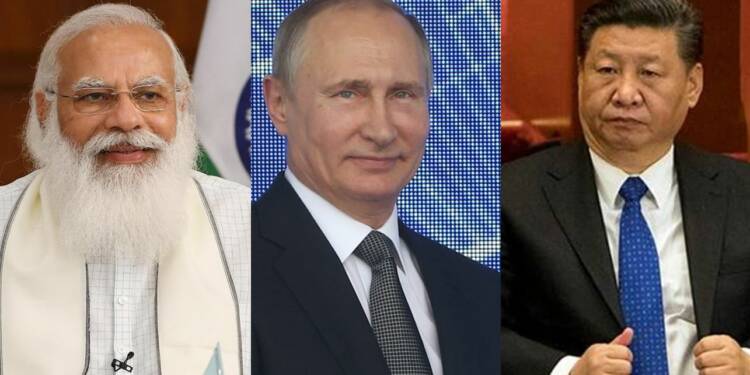 Russia is a very possessive country. It does not like foreign powers interfering with its domestic issues, and neither does it like them intruding into its neighbourhood. Take for instance Central Asia, Eastern Europe and the Arctic – these are all regions that Russia views as its exclusive spheres of influence and as such, expects other world powers to maintain a safe distance from them. However, there are certain privileged countries that have access to Russian exclusive spheres of influence. They are allowed to invest in and set up interests in these regions. India and Japan are among these privileged countries.

TFI has already reported how Japan is being allowed to invest in the Russian Far East by means of jointly developing the Sakhalin Island. Now, Russia is looking to bring in India to invest in the Arctic and is nudging it to buy gas and oil fields in the region which a few years down the line, will become a critical global passageway subsequent to the polar ice cap melting. According to a report by Business Standard, India is in talks with Russia for a fresh investment of at least $2-3 billion in its upstream assets. According to officials in the know, the Russian government has offered some oil and gas fields to ONGC Videsh (OVL).

According to the report, a possible investment by India into the prolific, but contentious, oil and gas exploration projects within the Arctic Circle is also being discussed. If finalised, India would enter the global oil and gas exploration market with a bang and will establish itself as a true friend and strategic partner of Russia which Moscow trusts. Indian involvement in the Arctic will also be a direct challenge to devious Chinese plans. China, for some strange reason, likes to call itself a “near-Arctic state”.

By 2044, the Arctic Ocean could be completely ice-free for at least a part of the year. Russia, in fact, runs the Northern Sea Route (NSR) in the Arctic in a bid to assert its influence over the trade route. However, China has also conceived the polar silk road, rivalling the NSR. Dominating the Arctic is thus becoming a race against time for both Russia and China. Putin knows that he will have to combat an attempted Arctic invasion two or three decades down the line, and so he is preparing in advance. Part of this preparation involves Russia getting its allies to invest and become parties to the Arctic so that China can be collectively challenged when it does decide to act smart in the region.

Read more: If we go by the massive arms buildup, Arctic is about to turn into the biggest War Theatre in the coming years

China plans to access the Arctic and hegemonise it, and the only route for it to do so would be via the Russian Far East. Yet, as reported by TFI already, by bringing Japan into the picture in the Sakhalin Island, Russia has turned the tables quite magnificently on Beijing. Now, by offering India gas fields in the Arctic, Moscow is making it impossible for China to try any misadventures in the region.

India has, on its part, been very far-sighted about the Russian far east as well as the Arctic. In 2019, During India Prime Minister Narendra Modi’s visit to Russia, a Memorandum of Intent was signed to open a full-fledged maritime route between Russia’s eastern port city of Vladivostok and Chennai on India’s eastern seaboard. This vibrant sea route will help in the upscaling of trade relations between the two nations. It will also increase India’s presence in the Indo-Pacific, and especially the South China Sea.

China might be eyeing South China Sea-like games in the Arctic as well, and Russia wants to be prepared to handle the same along with its allies. Therefore, with an eye on China, Indian Naval warship Tabar arrived at St Petersburg on Thursday to participate in the 325th Navy Day celebrations of the Russian Navy. In addition, during her stay at St Petersburg, the crew of Tabar will participate in various bilateral professional interactions with the Russian Navy. This will be part of the established series of naval exercises between the Indian Navy and the Russian Navy titled exercise INDRA.

Therefore, Russia is sending out a clear signal to China – it is not alone in the Arctic. The reality is that Russia has had just about enough of Chinese attempts of eating into Central Asia, the Russian Far East, the Indo Pacific at large and most importantly, the Arctic. Now, Moscow is building an alliance to take on China. Meanwhile, the benefits which India will reap by being a stakeholder in the Arctic are simply beyond quantification.