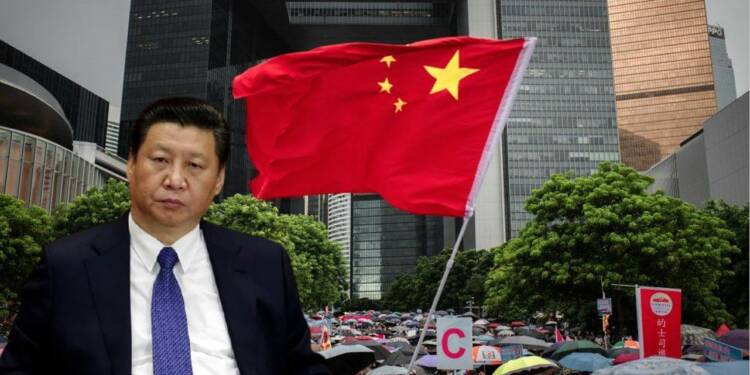 The people of China must brace for a new Cultural Revolution as a desperate Chinese President Xi Jinping tries to strengthen his hold upon the Chinese Communist Party (CCP) and China as a whole. He is about to wage a major “struggle” against his opponents while purging anyone who isn’t deemed “loyal”.

On September 1, Xi spoke at the opening ceremony of the “Young and Middle-aged Cadres Training Course” at the Central Party School and delivered a speech. He had a demand to make – young cadres must be loyal and dare to fight. The Chinese President also exhorted the Communist cadres to “stick to principles and dare to struggle.”

Xi’s remarks were soon taken up by the Chinese State-controlled media that ran many editorials literally echoing Xi’s “struggle” advice.

A day later, China’s Central Commission for Discipline Inspection also sprung into action. It published a story on conspicuously similar lines as the one published by People’s Daily and postulated that the general direction of the CCP’s ‘struggle’ is to “adhere to the leadership of the CCP” and “the socialist system.”

A Chinese military outlet too went on to endorse Xi’s “struggle” remarks, by publishing a commentary that was evidently based on Xi Jinping’s speech at the Central Party School.

So, how do we interpret Xi Jinping’s sudden “struggle” fetish? Well, thankfully we have an external aid to interpretation.

People’s Daily and Xinhua News Agency published reports praising how the CCP resisted the 1998 Yangtze River flood. However, neither of the reports mentioned Jiang Zemin, the Chinese President at that time. Although, they showered praise on Xi’s flood prevention efforts when he visited Anhui Province last year.

The Yangtze flood in 1998 had consumed tens of thousands of lives and tens of billions of dollars in economic losses due to Jiang’ stubbornness and insistence on strictly guarding against flooding the main dykes. Anyhow, it is in CCP’s ethos to exonerate and even praise such incidents of gross negligence.

Xi is a paranoid dictator. He has thrown China into a spate of hardships over the past few years with his crackdowns on the tech sector, coercive foreign policy, and human rights violations.

With the people of China growing disillusioned, Xi fears that the influential ‘Shanghai faction‘ in the CCP led by his rival Zemin might orchestrate a coup against him.

China’s top public security agency has reportedly declared that the remaining forces of several former high-ranking Chinese Communist Party members loyal to leaders other than Xi Jinping must be rooted out.

As per the Epoch Times, the list of “black sheep” includes then-top politicians from Xi’s rival faction that was led by former leader Jiang Zemin. Chinese officials added that despite the fact that “big tigers” were already in jail, their subordinates who remain free could not be trusted.

Xi admitted that China is currently undergoing major changes unseen in a century, and the CCP is facing more and more risks and challenges. He told trainees not to expect an easy life, but instead to get ready to struggle.

In fact, many of Xi’s past crackdowns on tech giants like Jack Ma’s Alibaba and Tencent were actually provoked by the tech sector’s perceived proximity to the ‘Shanghai faction’.

Xi admits cracks within the CCP:

Xi is giving signals of a major power struggle, though he is using only the expression “struggle” to describe a spate of purges likely to hit the CCP. In fact, Xi has admitted that China is currently undergoing unseen changes in a century and that the CCP is facing more and more risks and challenges.

So, Xi is basically asking his countrymen to prepare for a bloody power struggle in which the Chinese President will orchestrate a brutal crackdown on all his opponents and critics. He is, in fact, warning the people of China to accept the “struggle” instead of protesting against it. Xi is turning into a brutal dictator and this explains his “struggle” remarks.