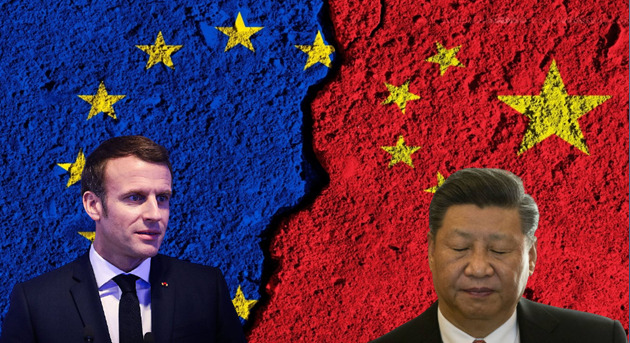 German Chancellor Angela Merkel is all set to step down this month and her waning influence over the European Union has already started reflecting in the EU’s trade and foreign policy regarding China. The EU is increasingly growing assertive over China’s sketchy record of human rights in Xinjiang and Hong Kong. And if the newly released draft of the EU’s Indo-Pacific strategy is any indication, the bloc looks determined to bolster its ties with China’s arch-rivals in the Indo-Pacific region, which is bound to spell troubles for China’s geopolitical ambitions.

As per the Indo-Pacific strategy draft, the EU will seek to forge digital partnerships with Japan, South Korea and Singapore. Much to Beijing’s dismay, the EU will not shy away from growing closer trade ties with Taiwan. Interestingly, the bloc will also strengthen Asia’s sensitive semi-conductor supply chains by reinforcing its additional resources. Needless to say, the EU’s new Indo-Pacific strategy is centered on China’s belligerence in the Indo-Pacific.

Read More: Musings from French press: As Merkel hangs her boots, Macron looks set to take up the leadership of the EU

As per a Nikkei Asia report, the draft strategy warns that tensions around contested territories and maritime zones, such as in the South China Sea and the Taiwan Strait, “may have a direct impact on European security and prosperity.”

“Democratic principles and human rights are also under threat from authoritarian regimes in the region, putting the region’s stability at risk,” the document states. The draft further reads that, “Similarly, efforts to establish a global level playing field based on transparent trade rules are increasingly undermined by unfair trade practices and economic coercion. These developments increase tensions in trade, supply and value chains.”

Moreover, the new strategy also focuses on working closely with the Quad partner countries. The bloc also plans to hold more joint exercises and port calls with Indo-Pacific partners. All in all, after having had a rosy relationship with Beijing over the past decade, Brussels is finally gearing up for the uphill task of standing up against China’s coercive conduct.

The EU’s renewed approach towards China could also be attributed to France emerging up as a driving force in the bloc’s foreign policy. France’s ties with China have grown bleaker over the past years owing to Beijing’s brazen attempts to undermine Paris’ influence in its territories in the Pacific. For instance, China has been accused of attempting to usurp the French territory of New Caledonia by devising economic measures and strategically absorbing all of the country’s nickel exports that has rendered the overseas French territory dangerously dependent on Beijing.

Moreover, Angela Merkel, who devoted her entire career to building up closer China-EU ties, is fast losing her sway over the bloc. Merkel’s waning influence became evident when the European Parliament decided to block the EU’s investment treaty with China, which had given Beijing an edge over Brussels in the realm of trade and investments.

“The investment agreement is as good as dead despite the EU officially stating that it is suspended for now. Many EU diplomats including some from Germany were sceptical from the beginning but the last straw was the Chinese sanctioning of European Parliament members, including the entire human rights committee,” had said a senior diplomat in EU. The move was a strong rebuff to Merkel’s China policy as she had reportedly pressurized the EU, especially France, to disregard China’s terrible human rights records and go ahead with the investment treaty.

Emmanuel Macron: the man behind the EU’s hawkish approach towards Beijing

Some reports also hinted at growing anxiety among the French officials about growing closer trade ties with Beijing. Just a day before the EU’s go-ahead to the treaty, French officials had expressed grave concerns over China’s human rights record. Now, as Merkel readies to step out of the office, France has acquired the centrality in shaping the EU’s outlook towards the world.

French President Emmanuel Macron is well-versed with Beijing’s coercion against France’s democratic allies worldwide. France has vowed to work closely with the countries like India, Australia and Japan to rally ASEAN and pacific nations against China. France has already proposed trilateral arrangement for maritime cooperation with India and Australia. The EU’s new draft strategy illustrates the bloc’s re-alignment of its interests with those of anti-China powers in the Indo-Pacific, and that is a terrible news for China and its bellicose leadership.

By slashing military aid to Egypt, Biden attempts to fuel tensions between Egypt and Israel