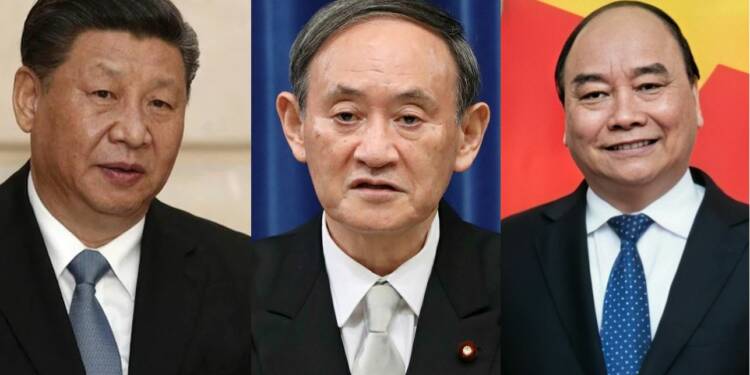 The US President Joe Biden’s debacle in Afghanistan severely dented America’s credibility among its allies worldwide. On the contrary, it immensely emboldened the Chinese Communist Party which lost no time in asserting its claims over the South China Sea. Merely days after the Taliban’s blistering takeover of Kabul, China escalated tensions by requiring foreign vessels to “report” their presence to the Chinese authorities when sailing through “China’s territorial waters.”

Read More: Biden has emboldened China and put Taiwan in danger with his Afghan exit

It won’t be an exaggeration to say that the Biden administration utterly disregarded ASEAN’s glaring role in its China policy. Biden and his senior officials did not bother to call up their Southeast Asian counterparts in the first two months of the new administration. It was only after Defense Secretary Lloyd Austin’s visit to Singapore, Vietnam and the Philippines in July when Joe Biden, for the first time, showed his half-hearted resolute to battle Chinese belligerence alongside the ASEAN nations.

Days after Biden’s fiasco in Kabul, Vice President Kamala Harris also toured Vietnam and Singapore to assure the American allies of the USA’s commitment towards “free and open Indo-Pacific”; however, she stopped short of calling out Beijing’s coercive conduct in the South China Sea. Instead, she appeared sucking up to Chinese President Xi Jinping by declaring that the US does not seek conflict with China but stiff competition.

Biden’s indifferent attitude towards Vietnam handed over a fortune moment to China to attempt to rally Vietnamese leadership against the US and the democratic world by and large. Officials in Beijing saw Biden’s oblivion as an opportunity as they rushed to revive diplomatic talks with the fellow communist nation.

Vietnam’s assertiveness against China had rendered Beijing hopeless about Sino-Vietnamese ties. Beijing’s lacklustre diplomatic exchanges with Hanoi over the past year speak volumes of the fact that China had put its ties with Vietnam on the backburner. Last March, China shied away from inviting Vietnam to a high-profile regional meeting in Fujian that brought together the foreign ministers of Indonesia, Malaysia, the Philippines, and Singapore to discuss the Myanmar crisis.

Read More: As Biden bows down to the Taliban, Kamala accepts Chinese supremacy

Kamala’s botched tour stirred hope in Beijing. China even staged a diplomatic pushback against Kamala Harris by rushing its Ambassador to Vietnam, Xiong Bo, to meet the country’s Prime Minister Pham Minh Chinh, even before Harris could land in Hanoi. Not just that, mere two weeks after Kamala’s tour, the Chinese foreign minister touched down in Hanoi to court the country’s support against the US and what China views as “foreign powers seeking to stir troubles in the region.” 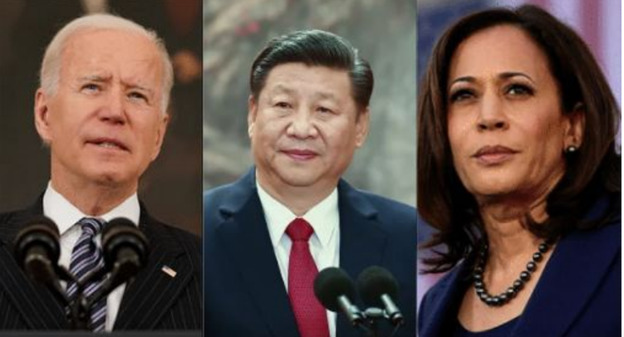 The Chinese embassy in Vietnam also sprung into action and castigated Kamala Harris’ visit with social media posts overwhelmed with anti-US rhetoric. The Facebook post put up by the embassy read, “Countries in the region will not jump into an anti-China alliance led by the US.” The embassy also attempted to draw a parallel between America’s chaotic withdrawal from Afghanistan and the Fall-of-Saigon in 1975, and asked “Whether the U.S. was awakening the spectre of the fall of Saigon by sending American politicians to Vietnam to” sow discord “between China and its neighbors.”

All of China’s attempts to demonize the US in Hanoi ended up exploding right in its face. Chinese embassy faced a strong pushback from the Vietnamese who bestow the US-Vietnamese ties with the utmost regard. The Trump-era trade war between the USA and China helped the Vietnamese economy in incredible proportions and the Quad’s unwavering support has proved enough for the country to remain allegiant towards the democratic world.

For instance, Tokyo and Hanoi signed an agreement on Saturday to enhance bilateral military cooperation. The Japan-Vietnam military cooperation deal signed during Japanese Defence Minister Nobuo Kishi’s first trip overseas enabled Japan to transfer its defence equipment, technology, and ships to Vietnam. The Southeast Asian nation had become only the 11th country in the world to sign defence equipment and technology transfer deal with Japan.

Japan’s timely assistance to Vietnam had effectively offset Biden’s pursuit of his disastrous ASEAN policy, which has kept the American interests afloat in the country. Given Vietnam’s close geological proximity to China, it is extremely important for the Quad nations, and especially Japan, to keep Vietnam in good humour. Inconsolably, the Biden administration, in stark contrast to the Trump administration, has not only weakened the Quad by adopting a less hawkish China policy but also emboldened China by propagating the ‘we-don’t-seek-conflict’ rhetoric. However, Japan is making sure to not let China run over the interests of the Democratic world in Hanoi by proactively throwing its weight behind the communist nation.