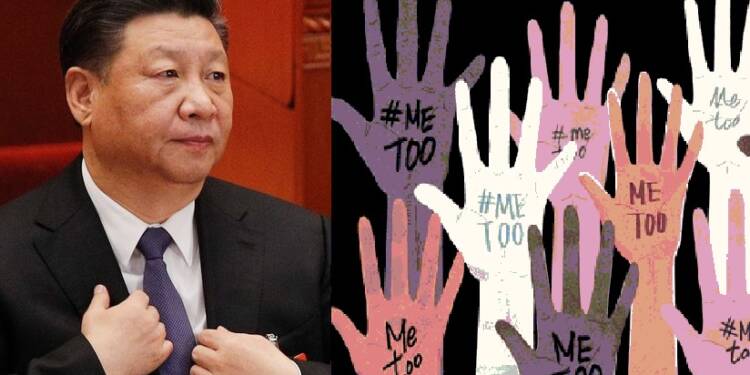 In China, people are livid at their government and women are no different.

Being a woman in China is nothing short of misfortune under Xi Jinping’s tyrannical rule. Abusive relationships, toxic corporate culture, and indifferent administration have taken a massive toll on the well-being of Chinese women. They are deceived, cheated, discriminated and loathed for being a woman while the government dastardly asks them for shouldering the responsibility of their families.

China has never been so misogynistic society. The country has a rich history of feminism. Women’s rights in China rose to prominence under Mao’s rule who vehemently advocated women’s participation in the workforce. China enforced significant market reforms some three decades ago that fueled a massive surge in women’s participation in the country’s economy. Women’s rights stayed afloat until Jinping came at the helm of affairs.

Jinping became the first communist leader of the country to call on women to embrace their “unique role” in the family and “shoulder the responsibilities of taking care of the old and young, as well as educating children.” The rights of women were further hammered when their claim to property in divorce proceedings was considerably weakened. This was done to discourage women from seeking a divorce from their husbands and essentially forcing them to endure abusive relationships.

Read More: The cost of raising kids in China is so high that Chinese couples are going childless voluntarily

Chinese women have lost their hopes. Divorce rates in China are at an all-time high. The birthrate has dropped to a level never seen during the seven-decade-long history of the CCP. Chinese women are not marrying, nor having kids. Reports say this is their way of pushing back. Moreover, Chinese women are now stepping up their campaign against the administration with a new tool—The MeToo movement.

A high-profile MeToo case in China has put the CCP in a fix that runs the risk of mobilizing the country’s youth, and especially women, against the unfair and discriminatory practices being carried out at Xi Jinping’s behest. In 2018, a Chinese woman named Zhou Xiaoxuan moved to court accusing Zhu Jun, a renowned state broadcast show host, of sexually harassing her while she worked as an intern at his show back in 2014. Chinese web users have closely followed Zhou’s suit against the accused and even organised campaigns to lend their support.

The Beijing Haidian People’s Court, on late Tuesday, decided to dismiss the case citing a lack of evidence, which essentially freed accused Zhu Jun of all the allegations. The plaintiff claimed the court refused to admit some evidence, including surveillance footage outside the room where the alleged incident had taken place. Expecting Chinese people to storm the social media with their displeasure at the court ruling, the CCP scrambled to censure the discussion around court ruling and suspended all those Weibo accounts that posted content in Zhou’s favour.

The CCP scrambles to censure the movement on social media

Shortly after the trial, Weibo users started receiving messages from platform administrators that notified them of account suspensions due to recent content that “violated relevant national laws and regulations”, which is the language most commonly used to identify politically disfavored speech online.

Zhou enjoys the support from the masses, causing anxiety among the CCP and President Xi Jinping. The same anti-women behavior was noted earlier in April this year when Weibo deleted over a dozen accounts that belonged to feminist activists after ultranationalists launched hate campaigns against the women.

China successfully suppressed the first wave of MeToo allegations in 2018 owing to its massive censorship campaign against the budding movement on social media. MeToo became the hot topic after a slew of allegations were leveled in Universities, Entertainment, Media and Non-Profit organisations.

The ensuing stringent crackdown, however, has discouraged Chinese women from reporting sexual harassment cases. For instance, only 83 lawsuits concerning sexual harassment were filed in China between 2018 and 2020. Of those 83 cases, a mere six were brought by victims. The rest were filed by the accused harassers for damages against the alleged victim for wrongful termination.

Read More: China will implode in the next 5-10 years as common Chinese citizens decide that enough is enough

The raw deal served to Zhou Xiaoxuan at the CCP’s behest risks reviving the MeToo movement in China. The people are livid at the government’s indifference and CCP’s attempts to muzzle users advocating equal rights for women. Jinping knows the Chinese women could very well lead a massive anti-CCP movement inside China. Hence, he has now resorted to putting a lid on surging anger among the Chinese people. However, Jinping’s drastic measures to evade a women-led movement will likely explode right in his face leaving his ambitions severely battered.