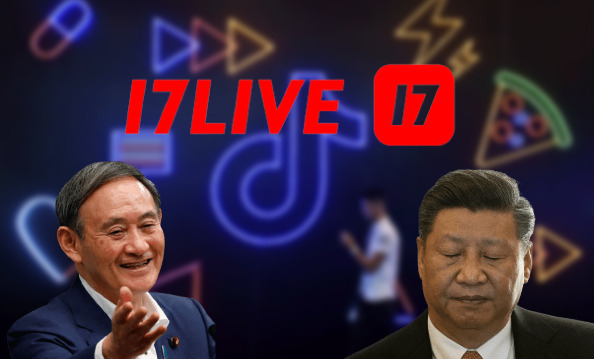 The Chinese Communist Party under the flawed leadership of Xi Jinping is going on a harakiri spree, taking down one profitable sector after another. Be it the tech sector, EdTech, casino businesses in Macau, the gaming industry and others. This has created distrust among investors and, the investments have started drying up. In addition to this, the increasing resentment among the international community vis a vis CCP and Xi Jinping has left the Chinese companies losing consumers as well as its shine. In this scenario, the Japanese firm, 17 live has decided to capitalise on these developments, not losing any opportunity.

As Chinese tech companies face regulatory hurdles at home and abroad, Japanese live streaming company 17 Live is expanding into India and the United States. 17 Live relocated its headquarters from Taiwan to Japan, claiming to have risen to the top of its industry since its inception four years ago. In an interview, CEO Hirofumi Ono stated that the company’s current goal is to capture global markets. This has come at a time when the Chinese companies are facing a brutal crackdown by the Chinese government.

The live streaming industry began in China, and some of the country’s major players have started to expand internationally. However, they have come under regulatory scrutiny in recent months, including in India, which has blocked hundreds of Chinese apps due to a political dispute between the two nations, and more recently in China, where regulators have sought to tighten monitoring of how companies manage user data.

In addition to this, the increasing crackdown by the Chinese Communist Party, things are looking grim for Chinese firms, but it has also provided an opportunity for the firm like 17 Live to replace and take the lion share of the businesses.

After dealing a massive $800 billion blow to China’s tech giants in the last few months, a megalomaniac Xi went against another blossoming sector- the EdTech sector, which in recent months faced unprecedented scrutiny from the Chinese authorities. Banking on the Corona driven lockdowns and social distancing measures, the Chinese EdTech sector experienced extraordinary growth and allured some 84,000 new operators last year alone. The technology-driven education stocks bagged 106 billion Yuan of investment in the period. The mushrooming sector, however, has now fallen prey to Xi Jinping’s anti-market and business-subverting policies.

The fear of crackdown and Chinese businesses losing capital

The Xi administration forced Alibaba’s financial arm- the Ant Group to cancel its initial public offering (IPO) worth $35 billion last year. Tencent Holdings too has announced a plan of investing $15 billion in causes like helping rural communities and uplifting the low-income population. E-commerce giant Alibaba as well has pledged to contribute $15 billion through 2025 to hire gig workers and support small businesses.

As Chinese markets fall, others find an opportunity to expand

Joyy, a Chinese live-streaming app provider with a U.S. stock exchange listing, reported in August that monthly active users plummeted 26% year over year to 307.5 million in the second quarter. The companies are trying to capitalise on these losses of China.

CEO of 17 Live said that in nations other than China, headwinds against Chinese services have gotten very strong, and it is highly likely that this will continue. Ono added, China is a vast and appealing market, but it also has the potential to become the best in other areas. That is the position we aspire to achieve. 17 Live is targeting such markets in India, the US, South East Asia among other geographies.

17 Live, formerly known as M17, was created in Taiwan, but Ono, a veteran venture capitalist and serial entrepreneur took over as CEO last year when the company’s operations in Japan grew rapidly. Despite fierce competition, 17 Live claims to have a market share of 52.6 per cent in Japan and more than 50 million registered accounts worldwide.

It is not just 17 Live but other Japanese rivals are following suit. DeNa, a gaming firm, introduced Pococha, a live streaming app, in the United States in May. Hybe, the South Korean entertainment business that manages popular music bands such as BTS, has invested in Showroom, another live streaming company. As these companies flock and compete with each other to take away the lion share of Chinese streaming businesses, it looks like Japan is rubbing salt on China’s wounded industries by eating into its market share.