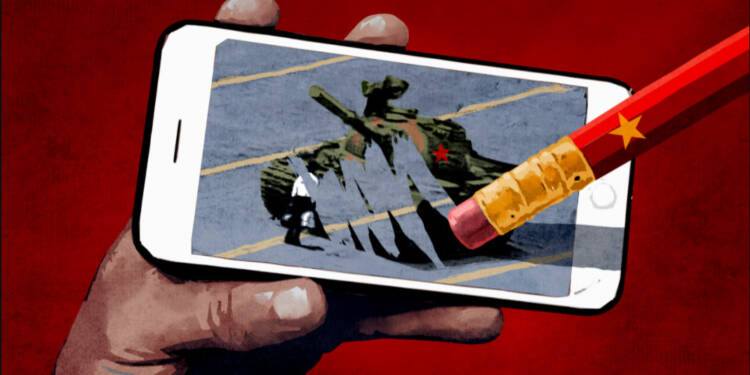 After dealing a massive $800 billion blow to China’s tech giants in the last few months, a megalomaniac Jinping has now set his eyes on another blossoming sector- The EdTech sector, which is now facing unprecedented scrutiny from the Chinese authorities. Banking on the Corona driven lockdowns and social distancing measures, the Chinese EdTech sector experienced extraordinary growth and allured some 84,000 new operators last year alone. The technology-driven education stocks bagged 106 billion Yuan of investment in the period. The mushrooming sector, however, has now fallen prey to Xi Jinping’s anti-market and business-subverting policies.

Off lately, the fines were imposed on China’s two prominent after-school education operators- Tencent-backed Yuanfudao and Alibaba-backed Zuoyebang- 2.5 million Yuan each for offences such as falsifying teachers’ credentials and misleading advertisements. The operators have also drawn criticism for intensifying already cutthroat competition between students and ascending financial burdens on the parents. However, given Jinping’s unruly fascination with his grip on every facet of society, there’s much more to the ongoing crackdown than what meets the eyes.

What Xi Jinping fears the most is the immense influence enjoyed by these EdTech giants over millions of young learners. These operators hold the power to sway millions of Chinese students away from the official CCP mandate. Now Jinping plans to create a specialised agency that would not only restructure their day-to-day operations but also guide operators on setting up a Communist Party chapter within their organizations. Thus, the agency will ensure that CCP’s grip on the online learners is tightened through non-traditional channels of education as well.

Following Jinping’s clampdown on the online education sector, the investors have already begun to flee what once was deemed as the most promising sector during the pandemic. New York-listed Gautu Techedu (formerly known as GSX Techedu) closed at $13.36 on Tuesday, down 30% from its monthly high of $19.05. The shares of the Beijing-based company have plunged from $142.70 in January as the government weighed tighter regulations on the industry. The online educations sector accounted for total revenue of 257.3 billion Yuan in 2020, up from 78.7 billion Yuan in 2016. However, CCP’s clampdown could inflict a colossal squander of economic value upon the EdTech sector in the years to come.

Read More: Top University professors are on the payrolls of the CCP to help China get crucial defence tech

The crackdown appears to have direct backing from President Xi Jinping. He told lawmakers in March to build a balanced public education system that satisfied people’s needs. And the loyal comrades don’t seem to disappoint the supreme commander thereafter. Nothing can be said about the poor people’s needs, but the needs of Xi Jinping are definitely taken care of.

The crackdown could have serious consequences for the already-suffering tech giants in the country. Not so long ago, Jinping embarked upon a parallel war against the tech giants like Alibaba and Tencent to keep them away from consolidating power and influence. Investors are already fleeing China’s tech sector en masse. The levels of mistrust which Chinese tech giants have come to face in markets is causing them to register massive capital shrinkages. The EdTech is now facing the same fate that could even cripple China’s online education economy in no time.