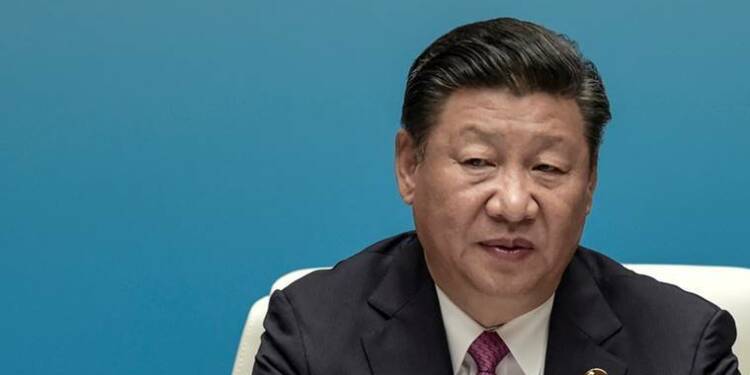 China is facing an unprecedented business exodus as companies one after the other is leaving the country, as the Chinese Communist Party presses ahead with its regulatory actions under the paranoid Xi Jinping. However, the exodus has become more pronounced than before given the bigger companies are also moving out of the country. Samsung Heavy Industries Company (Samsung heavy) in Ningbo, Zhejiang province, is withdrawing money from its shipbuilding facility “due to declining efficiency at its retirement facilities.” Korea Herald, a Seoul-based South Korean news organisation, wrote on it.

This has also led to a lot of protests on the part of the workers, which is putting a lot of pressure on the Chinese Communist Party. Thousands of employees from Ningbo gathered at the plant on September 8 to protest the factory’s closure and express their displeasure with the compensation package offered by management.

The demonstrators held placards that read, “Samsung is my home. I want to work! I need to provide for my family! Government ‘Empty the cage and replace the bird,’” says one source, “while employees receive the least.” These are some real problems that the people of China are facing because of the belligerent attitude of Xi Jinping and the Chinese Communist Party.

The declining fortunes of China

Chinese Communist Party, under the flawed leadership of Xi Jinping, is going on a harakiri spree, taking down one profitable sector after another. Be it the tech sector, EdTech, casino businesses in Macau, the gaming industry, and others. This has created distrust among investors and, the investments have started drying up. Additionally, the increasing resentment among the international community vis à vis CCP and Xi Jinping has left the Chinese companies losing consumers, as well as its loyalty.

Read more: As Jinping paralyzes China’s tech sector, Japan scurries to rub salt on its wounds by eating into its market share

China has been manipulating its ‘Ease of Doing Business’ rankings by using its stooges in institutions like the World Bank and International Monetary Fund. However, the cat has slipped out of the bag now as The World Bank said on Thursday, September 16, that it ended its Ease of Doing Business (EODB) report after major irregularities were found in it. The report, prepared by law firm Wilmer Hale at the request of the World Bank’s ethics committee, raises concerns about China’s influence at the World Bank.

The increasing problems of the Chinese economy

Toshiba will open its facility in the northeastern city of Dalian, Liaoning province, towards the end of September, according to Nikkei Asia. Toshiba. the servant employees Dalian told The Time Weekly on September 11 that some employees are no longer working there, according to a Chinese financial media outlet ‘Caijing’.

Ericsson, a Swedish telecommunications equipment manufacturer, is closing its R&D centre in Nanjing, Jiangsu province, while TietoEVRY, based in Finland, has decided to lay off 630 employees. Nevertheless, the mobile world is alive and well.

Panasonic Group’s battery plant in Shanghai, China, will close. Panasonic’s efforts will be concentrated in Central and South America, as well as Southeast Asia, where it has the biggest market share. On January 24, IBM announced the closure of a research institution in China that had been operating for 25 years in the Zhongguancun neighbourhood of northern Beijing.

Apple, Microsoft, and Google intend to relocate their manufacturing operations to other Asian countries such as Vietnam and Thailand, as reported by CNBC On March 4, 2020.