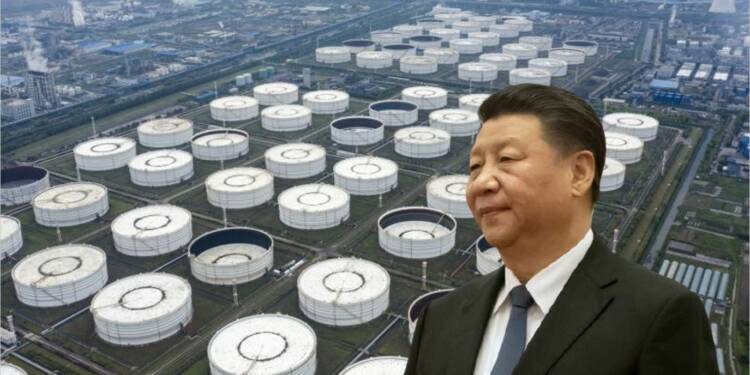 The Chinese Communist Party had designs of becoming the world superpower and these intentions saw the light of the day under the leadership of Xi Jinping, but now the situation in China is so pathetic that the government is willing to sell its strategic oil reserves to somehow keep its economy afloat. China had previously stated that by the end of 2020, it hoped to have 85 million tonnes of oil in its emergency reserve, which is nearly equal to the US Strategic Petroleum Reserve. However, now Beijing has released crude from its strategic reserve for the first time with the goal of decreasing prices, in an unprecedented move.

The Chinese authorities have now revealed the chinks in their armour. According to the official statement by CCP, the goal is to relieve the burden on production firms caused by growing raw material prices. “Implementing a normalised rotation of national oil reserves is a crucial step toward enhancing the reserve market’s regulatory role. Putting national reserve crude oil on the market through open auction sales will help to balance supply and demand in the domestic market and effectively ensure national energy security.”

With statements like these, China wants the international community to believe its absolute fallacy. As per reports, while the government did not specify how much oil it would eventually sell, but there is no denying that China needs to stockpile barrels. The country’s economy is strongly reliant on foreign oil, and it has been working for years to increase its emergency oil supplies. China does not publish much information regarding its oil reserves, but in 2017 it announced the establishment of nine main reserve bases across the country with a combined capacity of 37.7 million tonnes.

The crackdown on domestic companies

The brutal and unannounced crackdown on the Chinese companies as well as promising sectors has led Beijing into a very bad place. The Chinese Communist Party under the flawed leadership of Xi Jinping is going on a hara-kiri spree, taking down one profitable sector after another. Be it the tech sector, EdTech, casino businesses in Macau, the gaming industry, and others. This has created distrust among investors and, the investments have started drying up. In addition to this, the increasing resentment among the international community vis a vis CCP and Xi Jinping has left the Chinese companies losing consumers as well as its shine.

Read more: As Jinping paralyzes China’s tech sector, Japan scurries to rub salt on its wounds by eating into its market share

China had previously stated that by the end of 2020, it hoped to have 85 million tonnes of oil in its emergency reserve, which is nearly equal to the US Strategic Petroleum Reserve. The strategic reserve’s release comes at a time when Beijing is grappling with rising inflation, with the country’s producer price index reaching a 13-year high last month. Furthermore, energy costs are rising, and demand is so high in some areas that power shortages have occurred.

Experts have opined that China is heavily reliant on foreign oil to power its economy and has been working for years to boost its emergency stockpile of oil reserves. In the recent past, there has not been any discovery of oil reserves in secured locations nor Beijing has gained any significant leverage over oil-producing nations to justify this decision. The only justifiable reason is that the Chinese Communist Party is not able to bring the economy back on track and made this sacrifice out of compulsion.