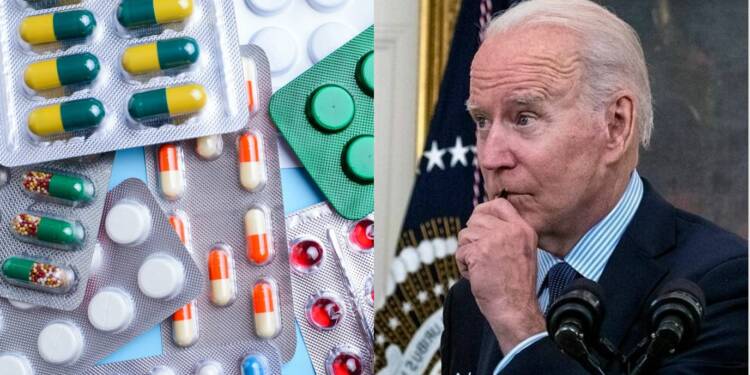 If anyone thought that Joe Biden would have learnt his lesson after implementing policies that inflicted harm on the people of the United States, then they are entirely wrong. The Biden administration and legislative Democrats want to pay for their $3.5 trillion social welfare “infrastructure” plan by compelling pharmaceutical corporations to lower the prices they charge the government for their medications. While the capping of the prices of drugs will make the production hubs shift away and hasten the joblessness crisis, it will also make Americans unhealthy and at the end of the day, it will also make Joe Biden jobless.

The one thing consistent with the Biden administration is that it succeeds in missing the nuances while bringing policy plans one after the other. The policy plans are more about virtue signalling than any real intent to bring changes on the ground. Democrats claim that comparing the costs paid for certain prescription pharmaceuticals to those paid in other industrialised countries will save the government $500 billion over the next ten years. This will suddenly fund one-seventh of the proposed infrastructure bill solving much of the problems, or at least this is what the democrats want us to believe.

Democrat’s and their belief in the capping of drug prices

The Democrats’ intention to “save” $500 billion by imposing medication price limits is key to their plan to fund their enormous new package. The secretary of the Department of Health and Human Services (HHS) is supposed to be authorised by Congress to negotiate drug costs with pharmaceutical corporations. The HHS comprehensive plan notes, “An effective negotiation strategy must create market failure criteria, define a fair price, provide the Secretary with tools and procedures to negotiate a fair price, and incentivise pharmaceutical companies to participate in the negotiation process.” Furthermore, the negotiated pricing would not be confined to government purchases, but would also apply to commercial purchases.

Today’s patients may benefit from cheaper medicine prices as a result of these pricing limitations, but tomorrow’s patients will face greater pain. Price limits cause shortages by reducing supply while increasing demand. Because of this, pharmaceutical companies would have significantly less money to spend on discovering, developing, and deploying new drugs. According to a 2019 Congressional Budget Office (CBO) research, pricing limits would only prevent 8 to 15 innovative treatments from reaching patients over the next ten years.

The increase in taxes has already been criticised by the larger business community stating that it will lead to job losses. On Wednesday, the US Chamber of Commerce, Business Roundtable and other business lobbies say that they strongly oppose raising the corporate income tax rate to 28% from 21% to pay for the $2.25 trillion infrastructure plan that Biden is unveiling. They want to see a user-fee model for raising money for improvements.

Read more: As America grapples with the loss of jobs, Joe Biden comes up with a plan to kill millions of jobs across America

The relationship between the Democrats and Big Pharma is not a hidden thing, but everyone knows how enmeshed the relationship is. Earlier the pharmaceutical lobbyists, who opposed the proposal to remove patents, include Mike McKay, a key fundraiser for House Democrats who are now on retainer for Pfizer, as well as some former staff members of the US Office of Trade Representative, which manages WTO negotiations. In a situation, if Joe Biden tries to cut their fortunes, it may end up cutting Mr Biden’s future political prospects as well.

The dark side of price control

In an issue brief published earlier this week, University of Chicago economists Tomas J. Philipson and Troy Durie believe that the CBO estimate is far too low. They look at the econometric literature and discover that drug price limits would “lead to a 29 to 60% drop in R&D from 2021 to 2039, resulting in 167 to 342 fewer new drug approvals during that time.” This decrease in new medication development is more than ten times bigger than the CBO estimated.

According to the researchers, pricing limitations would reduce the number of new pharmaceuticals available, which would “lead to delays in critical medical therapy, resulting in lower health outcomes for patients.” While the intent may be noble, more Americans will become sick and die as a result of government medicine price limitations.