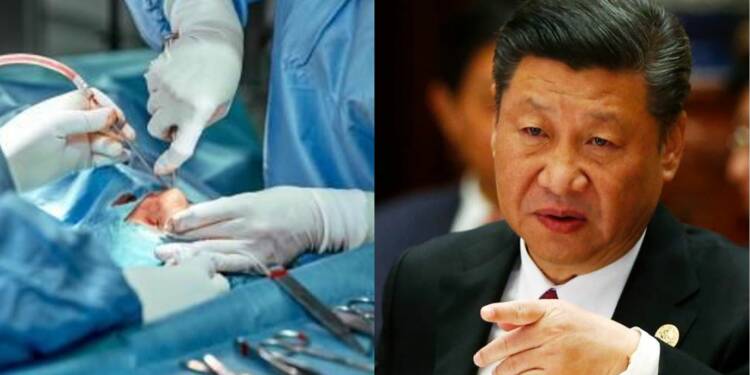 It is a season of crackdowns in China. From tech to EduTech and from Cinema to Gaming industry, all these sectors have undergone President Xi Jinping’s unsparing wrath in recent months. And, in the pipeline is another blossoming sector—the cosmetic surgery industry.

Demand for medical aesthetic treatment or plastic surgery has soared in China over the past few years. As per a report published in South China Morning Post, people are fancying better looks by getting their eyes wider and nose higher through aesthetic treatment. The sector is booming and expected to grow to $46 billion by 2022. However, as Xi Jinping’s devilish eyes get set on the industry; the sector’s fate now essentially hangs in balance.

Reason behind the crackdown on surgery industry

The Chinese media say the medical aesthetics sector’s advertising practices are prompting societal anxiety over people’s looks. China people’s daily said, “From posters at bus stops and in subways to introductions on social websites and content platforms, from advertisements planted in films and television variety shows to promotions by live-streamers, medical beauty advertisements are overwhelmingly pervasive.”

The Jinping administration wants you to believe that the idea behind this crackdown is anent the betterment of society; however, it most likely stems from the government’s constant urge to strengthen its grip over the economy. The Communist Party of China (CCP) wants to control every aspect of the Chinese people, and the imminent crackdown on the surgery sector speaks vehemently of the fact.

Leisure has been declared iniquitous under Jinping’s rule. The CCP is readying the people for facing “hardships and struggle.” The economy is severely battered, and Jinping has resorted to “rally around the flag trick” to hype nationalism in the masses so that they can ignore their own miseries. And now people attempting to look better are being despised.

While the crackdown could add to the flaming frustration among the Chinese people, the CCP believes it would render the party more dominating in their lives. By wielding more control over the people, the CCP intends to ensure every aspect of the Chinese society is party-controlled. The CCP wants Chinese men to forget the beauty and looks; instead, devote themselves solely towards spreading Xi Jinping’s words throughout the country.

China’s crackdown on its celebrity culture and what it calls “effeminate men” is also driven by this intuition. The Chinese Communist Party this month banned the effete men from being broadcasted on TV and asked its media to promote “revolutionary culture,” broadening a campaign to tighten control over business and society and enforce official morality. Broadcasters must “resolutely put an end to sissy men and other abnormal esthetics,” the TV regulator said, using an insulting slang term for effeminate men — “Niang pao,” or literally, “girlie guns.”

Moreover, last month, China also took drastic measures against the pervasive celebrity culture in the country. At least two Chinese government bodies had announced plans to eradicate the country’s online celebrity fan culture, describing the situation as “chaotic”. Consequently, various personalities and their fan groups got targeted. And as of now, such individuals and groups have been erased from Chinese memory altogether.

So, even attempting to look better and wearing makeup has been made illegal in China. The move, intended to better exercise control over the day-to-day affairs of Chinese people, could instead very fuel resentment among the Chinese people. Hardly any section of the Chinese society is contented with the CCP’s way of steering the country through these difficult times. Such moves by the CCP will only weaken the CCP’s already fragile rule over the country.