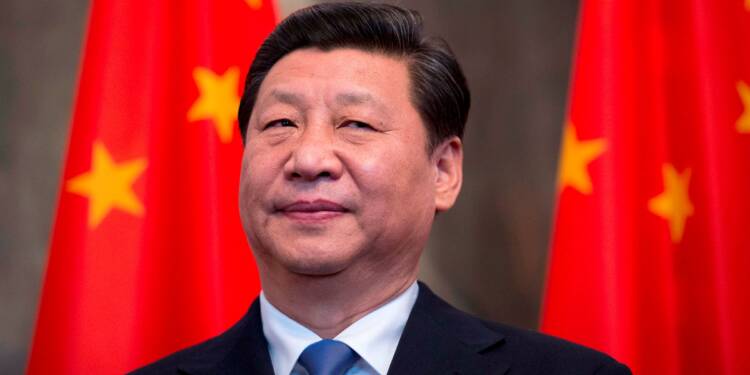 Chinese President Xi Jinping’s anxiety is soaring ardently ahead of the CCP’s 20th national congress in 2022. China’s stringent crackdown on businessmen, celebrities and private educators is driven by Jinping’s increasingly growing anxiety over his fast-plummeting influence over the country.

Earlier this year, Jinping razed down Alibaba’s business empire and considerably stemmed Jack Ma’s consolidation of wealth and influence over the past few years. Now, a report published in Wall Street Journal (WSJ) has revealed that Big Tech’s deplatforming of former US President Donald Trump could have prompted the Chinese president to embark on a rampage against Chinese business tycoons and celebrities, in his bid to avert any such attempt in China.

Trump’s social media accounts have been permanently blocked by the Big Tech giants since January this year. He was castigated for inciting the protesters to storm the parliament and attempt to hinder the smooth transition of power. Big Tech muzzled him by blocking his accounts and banning his speeches.

The leader of the most powerful state on the face of this planet essentially found himself stripped of the fundamental right of the freedom of speech at the hands of belligerent tech companies. While the development was horrendous for Donald Trump, it had set the alarm bells ringing for Jinping too.

As per the WSJ article, “early this year, when Facebook Inc. and Twitter Inc. took down former U.S. President Donald Trump’s accounts, Mr. Xi saw yet another sign America’s economic system was flawed—it let big business dictate what a political leader should do or say—officials familiar with his views said.”

Jinping’s anxiety about the power of private capital has increased manifolds since then. As per Jinping, private capital has menaced the party’s legitimacy. The business owners, who worked outside the ambit of the CCP, had not only accumulated wealth but massive influence too. For highly anxious Xi Jinping, the position that a few businessmen held in the country was seen as a potent threat for his already fragile sway over the country.

And when, last October, Jack Ma boldly criticized China’s financial regulators at a public event, Jinping realized it was the time to rein in the country’s thriving tech sector and alleged “political ambitions” of the business tycoons. The Tech sector got bulldozed in a few months, and the tech giants found themselves strangled at the hands of a megalomaniac Jinping.

Read More: Could Jack Ma stage a coup against Xi Jinping? Well, Jinping is already preparing for it

Not just that, Jack Ma’s media empire got hammered by state authorities to prevent him from wielding any influence over the Chinese people. Last month, various celebrities having links with Jack Ma dealt with an iron fist. Jinping further crucified fan circle leaders from the web and banned online educators while inundated the school textbooks with the “Xi Jinping” thought at once.

Trump’s muzzling: A lesson for Jinping

So, Trump’s deplatforming episode served as a lesson of the life for Xi Jinping. Jinping saw an imminent tragedy in Trump getting muzzled by the tech giants. Jinping thought if the skyrocketing rise of China’s tech sector is not reined in, it could stir troubles for Xi Jinping’s regime anytime soon. Hence, when Trump went down, Jinping scrambled to cement his own ground to prevent himself from getting run over by his enraged rivals.