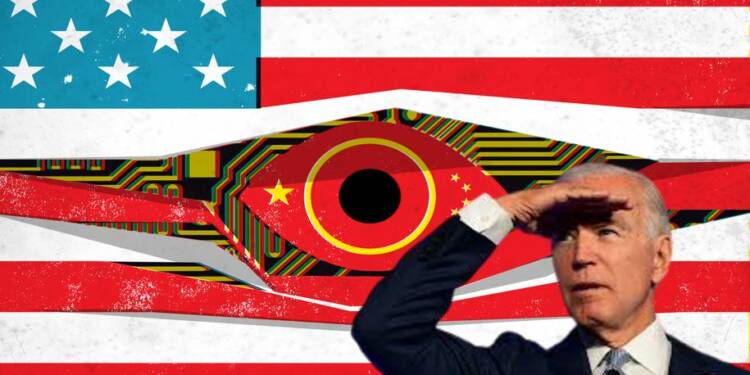 Whatever the critics may say about the Trump administration, even they cannot deny Trump’s strong policy towards China, and the number of steps that have provided a solid defence against Chinese espionage activities among other things has succeeded the test of time. While an investigation is heading in the positive direction, when it comes to tracing the involvement of people who belong to the Chinese military or are working in collaboration with them, the Democrats are trying to scrap it by leading an effort to undermine the federal government’s investigations of Chinese influence over scientists, researchers, and others engaged in alleged economic espionage.

After days of observation, DNA testing on a hard drive recovered from a dumpster, and a check of personal correspondence, FBI agents came to the conclusion that visiting UCLA researcher Guan Lei was a member of the Chinese military and was stealing American industrial secrets.

Also read: China not only carries out espionage activities through Mobile phones, it can also do it through TVs

They were unable to find proof of espionage, but Guan was indicted for allegedly lying about having hidden contacts to the People’s Liberation Army. He was accused of visa fraud, false claims, and evidence destruction. The 30-year-old computer science graduate student sat in a cell at the Metropolitan Detention Center in Los Angeles for more than eight months, awaiting trial.

However, in late July, US authorities made a complete 180-degree flip and dismissed all charges. The Justice Department provided no explanation, just stating that it had reevaluated the case, as well as numerous others, and found that “it is now in the interest of justice” to dismiss them.

Joe Biden, since his taking over as the President of the United States, has focused on undoing all the policies of his predecessor Donald Trump. In his short-sighted seeming revenge, he is undoing many defensive measures which should have been kept beyond petty politics. The issue was and continues to be significant. The fact that China has a history of stealing manufacturing secrets and other important knowledge that U.S. corporations have spent millions of dollars developing, has fueled the virtual cold war between Washington and Beijing. It has increased the pressure on government authorities to do more to stem the flow of money.

Earlier this year, Jinping razed down Alibaba’s business empire and considerably stemmed Jack Ma’s consolidation of wealth and influence over the past few years. Now, a report published in Wall Street Journal (WSJ) has revealed that Big Tech’s de-platforming of former US President Donald Trump could have prompted the Chinese president to embark on a rampage against Chinese business tycoons and celebrities, in his bid to avert any such attempt in China.

Read more: Jinping cracked down on Tech Sector to avoid a “Trump Treatment”

Just like the action mentioned above, the investigation would have been consequential in confirming the role of the Chinese Communist Party and its recruits for the sake of espionage and intelligence sharing. However, the Biden administration in its apparent short-sightedness and wicked sense of revenge is dismantling the Trump era bulwark against Chinese espionage activities.