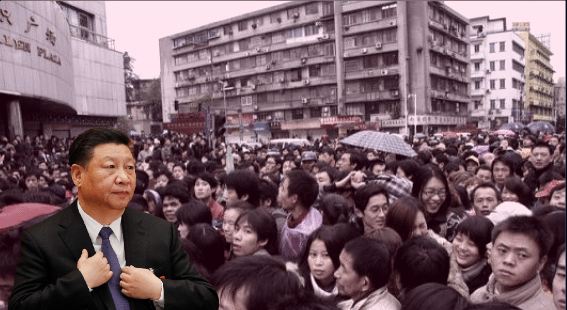 When we speak of separatism in China, there are three main regions that people talk about- Hong Kong, Xinjiang and Tibet. These are the high profile issues that we often talk about. But China’s society is deeply and widely fragmented. Take Guangdong, a Chinese province bordering the former British colony of Hong Kong, for example. It faces linguistic separatism from mainland China over Mandarin imposition.

Both Hong Kong and Guangdong face a common connection- Cantonese nationalism. Hong Kong hates the Chinese Communist Party (CCP) for many reasons, whereas Guangdong hates the CCP for only one reason- Mandarin imposition.

Cantonese nationalism is not a fresh issue in China. It is a reference to the movement for independence of Guangdong from the People’s Republic of China. In April 1979,  Xi Zhongxun, then the First Secretary of the Guangdong Provincial Committee, had demanded delegation of power to the Guangdong province at the CCP Central Committee. He had even described the province as an ‘independent country’.

Later in 2008, Southern Metropolis Daily, a Guangzhou-based newspaper had written a story stating, “Let’s imagine that if Guangdong is a country. If we try to observe China in a new way from the viewpoint of outsiders, and if China’s provinces are regarded as independent countries, Guangdong will become the 14th largest economy in the world.”

Thereafter, in 2010, a Reuters report revealed that banishing of languages like Cantonese, Shanghainese and Tibetan had sparked public protests in different parts of China. At a rally in Guangzhou, protesters had mobilised against police and showed obscenities, while demanding protection of the Cantonese language.

One of the “cultural defenders” at the rally had said, “The protesters were very united. We all had just one aim: to protect our own language.” The protesters had also shouted, “Cantonese people speak Cantonese!”

When Chinese President Xi Jinping came to power, Cantonese nationalism was already on the rise in the Guangdong province. At the same time, separatism in Hong Kong, which is also a Cantonese-speaking city, was also facing separatist sentiment.

As per a 2014 Insider report, public anger was rising in the city of Guangzhou over reports that the CCP authorities were demanding local television operators to drop the Cantonese language in favour of Mandarin. Such reports were bound to cause resentment in the people of Guangzhou where Cantonese is the first language for roughly half the population.

In Hong Kong also, resentment has been building up against Mandarin imposition. As per a 2019 New York Times report, a Hong Kong local apprehended that the city neighbourhoods seemed less cohesive and less familiar. Many people in Hong Kong believe that the composition of the city is changing due to the immigration of Mandarin-speaking people.

In fact, the CCP stealthily encouraged study trips to the mainland from Hong Kong for promoting Mandarin language learning in the Cantonese-speaking territory. This is causing greater divisions in Hong Kong over linguistic differences with the mainland.

Meanwhile, an undercurrent of anti-CCP protests is rising in the Cantonese-speaking territories. In 2018, protests and graffiti appeared on the streets of Guangzhou demanding independence for Hong Kong as well as Guangzhou. Graffiti like “Independence for Guangzhou, Go Hong Kong!” were photographed in a number of places in the southern Chinese city.

A Guangzhou resident surnamed Wang claimed that the protests were a result of years of suppression by the Chinese Communist Party (CCP) of the local language and culture. Wang explained, “A lot of the younger generation don’t even know how to speak Cantonese anymore, and there are fears that Cantonese culture will be wiped out.”

The Guangzhou resident added, “There is a huge awakening around our culture right now, and people are suddenly realizing that younger people can’t speak Cantonese at all.”

The Cantonese language and culture is remarkably similar to that of the former British colony of Hong Kong. The Hong Kong link further infuriates Cantonese nationalism in Guangdong. In fact, when Hong Kong got embroiled in anti-CCP protests, the sentiment spilt over to Guangdong.

The fact remains that Guangdong and Hong Kong have close cultural ties and familial links, which allows exchange of ideas and sentiments. Many mainland students, especially those from Guangdong, migrate to Hong Kong for studies. These students are witnessing first-hand how Jinping is trying to destroy Hong Kong’s culture and they are bound to feel an apprehension regarding similar distortions in their homeland.

At the end of the day, the older generations in Guangdong may not be ready or eager to oppose the CCP. However, the young students who travel to Hong Kong and understand how Xi is trying to destroy their local language and culture are increasingly instigating Cantonese nationalism which might as well invoke further separatism in Hong Kong and Guangdong.