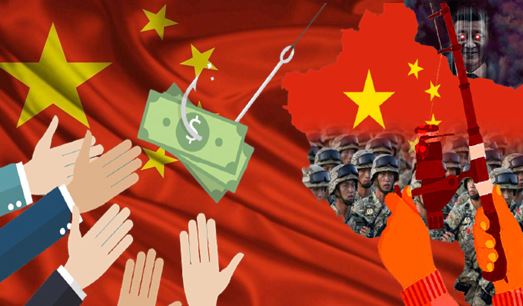 The consequences of China’s infamous debt trap could be far-reaching than what is reported by analysts worldwide. As per a report by the US-based AidData lab, China could be underreporting its debt given to developing and underdeveloped countries by a staggering amount of $385 billion with intentions to evade the World Bank’s Debtor Reporting System (DRS).

Countries including Pakistan and Laos are believed to be the biggest beneficiary of China’s off-the-record lending transactions. As per a Nikkei Asia report, the World Bank and IMF are aware of the situation but have so far failed to act upon the massive discrepancy.

The debt tendered through these shady SPVs is highly costly. For instance, between the year 2000 and 2017, China made total commitments worth $34.3 billion towards financing infrastructure in Pakistan under the banner of the Belt and Road Initiative (BRI), out of which at least $27.8 billion was lent under commercial-like loans with limited concessions.

The high lending rate scarcely dissuades countries from approaching China for more loans. “Borrowing via special purpose vehicles and joint ventures — under off-balance sheet arrangements — provides a way for a low-income or middle-income government to facilitate the implementation of large public infrastructure projects without going red in terms of debt limits,” Bradley C. Parks, executive director of AidData, was quoted as saying by Nikkei Asia.

The hidden debt from China also helps countries to avert the domestic political resistance stemming from the worries of the involvement of foreign powers in national strategic assets. For instance, the $5.9 billion China-Laos railway project is funded through hidden debt by the China Exim Bank. The amount is roughly equivalent to one-third of Laos’ total GDP.

Similarly, the highly corrupt rulers of some African states heavily rely upon these unaccounted loans from China in order to keep their reign afloat. As per China Africa Research Initiative (CARI), Zambia’s debt to Chinese public and private lenders is $6.6 billion, which is almost double the amount disclosed by the previous Zambian governments.

Belt and Road Initiative, the mainstay of China’s debt-trap adventurism, has pushed 42 countries to the level of having their public debt exposure to China over 10% of their GDPs. If the hidden debt is taken into account, the situation could be more gruesome. “We estimate that an average government is underreporting its actual and potential repayment obligations to China by an amount that is equivalent to 5.8% of its GDP, based on individual underreporting estimates for 165 countries,” told Parks.

Read More: ‘It is a debt trap,’ By refusing to back China’s BRI, India gives a clear message to Central Asian countries in SCO Summit

The mind-boggling figures have hardly persuaded the world bodies to rein in their generosity towards China and the beneficiary nations. The IMF had agreed to provide $2.77 billion “unconditional” funds to Pakistan this August after the Imran Khan Administration “promised” to address some concerns revolving around a youth loan scheme. Thanks to the IMF’s auspices, Pakistan always manages to get its pocket filled with easy loans despite having its economy mired in a neck-deep debt crisis.

The IMF and World Bank are deeply influenced by Beijing, which explains their highly lax attitude towards China’s deceptive tricks. The World Bank recently came under fire for tampering with the ‘Ease of Doing Business Rankings’ (2017) to make China look like a better investment destination than it actually is. The IMF’s current chief, Kristalina Georgieva, was accused of tampering with the rankings in favor of Beijing, who was heading the World Bank in 2017.

Through its hidden debt racket, Beijing also wants to downplay the menace of its debt-trap adventurism that has left several economies paralyzed worldwide. Countries like Laos, Cambodia, Sri Lanka and various African countries are enmeshed in the China-engineered debt crisis. The victim countries often end up leasing out their strategic assets to the Chinese conglomerates, giving China immense sway over the countries’ political and economic landscape.

The World Bank and other concerned international institutions must wake up from slumber to investigate China’s ill-doing. The world must realize the true potential of China’s troubling BRI and other multilateral projects. China cannot be given a free pass to toss around the norms and rules-based world financial order to prevent a hostile Chinese takeover of the small economies.

Every Japanese PM candidate was a China hawk. Kishida, the biggest hawk among them is now the Prime Minister