Evergrande has collapsed, the next is BRI 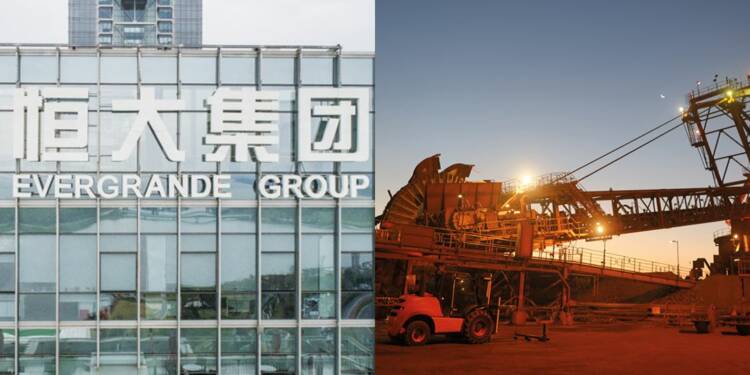 China’s economy is going down quickly, even as the Evergrande collapse, and China’s real estate crisis unfolds. And now, the Evergrande collapse is also expected to hit the Chinese foreign policy. The Chinese foreign policy is presently dictated by the Belt and Road Initiative (BRI) which involves large-scale debt financing by Chinese financial institutions, Chinese State-owned Enterprises (SOEs) and local government financing vehicles.

In fact, Evergrande is just the tip of the iceberg and symbolises the Communist nation’s humongous debt burden.

China has a huge real estate market. In fact, 29 per cent of the country’s GDP is dominated by real estate and construction activity. Yet, housing vacancy rates in the country are at the highest in the world at 20 per cent. Much of China’s housing sector and infrastructure activity remains unutilized.

Much of the Chinese housing sector activity is superficial, as 87 per cent of the new home sales have gone to existing property-owners and 90 percent of China’s households already own a housing property which makes the further expansion of the sector improbable.

Why China can’t bail out Evergrande:

China had earlier bailed out the state-owned Huarong Asset Management with total liabilities estimated at $238 billion. However, the Chinese government cannot bail out Evergrande. The reason is simple- Evergrande is a small part of China’s real estate problem.

The fact remains that the Chinese government is itself infested with piles of hidden debt. As per economists at Goldman Sachs Group Inc., China’s hidden local government debt has risen to over half the size of China’s economy. The total debt of Chinese local government financing vehicles or the LGFVs stands at a whopping $8.2 trillion.

So, China is using LGFVs as a mechanism for secretly borrowing money and the local governments are also keeping their balance sheets clean. The Chinese government is in substance a highly indebted institution and it simply cannot afford to inflate its financial troubles by bailing out a real estate behemoth.

As per the Washington-based Institute of International Finance (IIF), China’s debt stood at 300 per cent of its GDP in 2019. However, the overall debt burden is hard to estimate given the country’s tendency to use local government financing vehicles for bypassing direct debt.

A bigger problem for China is that its SOEs and the LGFVs are the ones financing the Belt and Road Initiative (BRI) projects across the world. Now, as the country moves into a major debt crisis triggered by Evergrande’s collapse, these Chinese institutions are simply losing their ability to finance overseas infrastructure projects.

Moreover, the very nature of Belt and Road Initiative (BRI) projects is such that you need to invest large sums of money in unstable and low-income countries with great uncertainty. In fact, several countries that have actually taken BRI funding from China haven’t been able to repay their debts given the COVID-19 Pandemic crisis. China was also compelled to restructure debt and this has only added up to the country’s overall debt crisis.

Meanwhile, China’s banking sector is also at a huge risk. It holds over 80 per cent of local government debts and a large portion of the Evergrande-related debt. China’s commercial banks will not be inclined to dole out more loans to the local government financing vehicles given the level of volatility in the Chinese economy.

In fact, former Ministry of Finance official Sun Xiaoxia reportedly told a forum in Beijing that the risk of a default by an LGFV is high as “investments do not always produce a return, meaning local governments are not always able to support the LGFVs due to a fall in its own revenue.”

China’s local governments, big corporates and SOEs are all infested with massive debts and the Chinese commercial banking system is compelled to cut down on both domestic and overseas funding. This effectively means an unceremonial ending of Xi Jinping’s flagship Belt and Road Initiative (BRI).