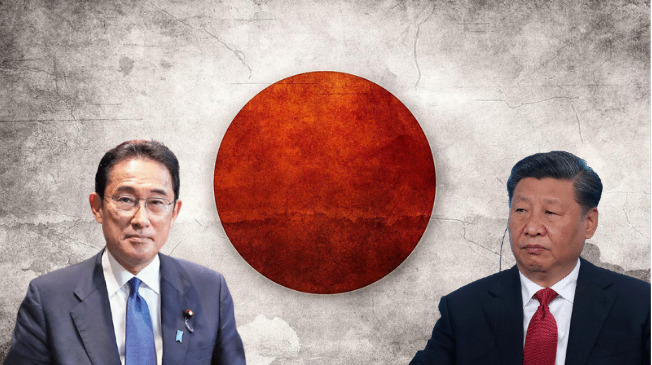 Former Foreign Minister Fumio Kishida has become Japan’s 100th Prime Minister. Kishida, who succeeds Yoshihide Suga is an even more pronounced China hawk, and even before he took over the reins of Japan, was breathing fire down Beijing’s neck. Kishida supports a parliamentary resolution denouncing China’s persecution of the Uyghur minority and wants to appoint a prime ministerial aide to monitor the situation. Kishida believes that Japan, in collaboration with the US and other like-minded countries, should stand hard against authoritarian regimes, particularly against China’s growing aggression. Kishida intends to strengthen the Japanese coast guard’s capabilities, as Japan and China continue to remain at odds over the sovereignty of a collection of small East China Sea islets.

Kishida, in an interview given just before Prime Minister Yoshihide Suga’s surprise announcement that he was stepping down, said that Japan should seek to cooperate with Taiwan and countries that share its values of freedom, democracy, and the rule of law. All of these details have already been reported by TFI, but stating them was necessary to refresh the memory of our readers and viewers.

Prime Minister Fumio Kishida, plans to create a new ministerial post for economic security in a veiled counter to brazen technology theft by China. Kyodo News reported that Kishida, who will launch his Cabinet at the start of a parliamentary session on Monday, is also considering appointing a prime ministerial advisor on the issue.

Technology theft by China has been a burning issue for Japan, and in recent times, Tokyo has taken a number of steps to prevent the same. China’s tech theft has also resulted in Beijing losing all scope of rapprochement with Japan. Furthermore, Japan has consistently been snubbing Chinese President Xi Jinping and refusing to allow him a touchdown in Tokyo despite the most concerted of attempts by China for the past one-and-a-half year.

It was not immediately known who will take up the new ministerial post for economic security, but the new minister is expected to craft a national strategy designed to block a technology drain from the country.

Late last month, Japan’s Government Pension Investment Fund (GPIF) announced that it will not invest in Chinese government bonds. This is bound to create a ripple effect as GPIF is one of the biggest institutional investors in the world. GPIF has decided to stop adding the Chinese government bonds to its portfolio owing to the uncertainties in the Chinese bond market and other factors.

Interestingly, this is not the first time that Japan has cracked down on China’s theft racket in the country. In April this year, Japan moved to impose tougher disclosure rules on universities to keep information that could be used for military purposes out of foreign hands. University researchers were required to report any financial contributions from foreign and other external sources when applying for public funds. They were also made liable to face restrictions on receiving such funding if found to have made false reports.

Chinese students dominate the international community in Japanese universities. Of some 280,000 foreign students in Japan, 40 per cent belong to China. However, this could change soon as Tokyo prepares to weed out Chinese student spies and Intellectual Property (IP) thieves from its university campuses. Beijing deliberately sends its students and scholars into other countries to carry out research on dual-use technologies with military applications. In fact, China’s defence industry is almost totally powered by a system of students, scholars and spies breaking into the security systems of recipient nations and stealing critical information or intellectual property. The US, Britain, Europe, Australia and even Russia have all been victims of Chinese spy networks and IP theft.

For Prime Minister Fumio Kishida to dedicate one entire ministry towards economic security is really quite telling of the times to come, and how Tokyo is about to up the ante against China even further. China has been having it too good for too long, but now, Japan seems keen to hit Beijing where it hurts it the most.