Every Japanese PM candidate was a China hawk. Kishida, the biggest hawk among them is now the Prime Minister 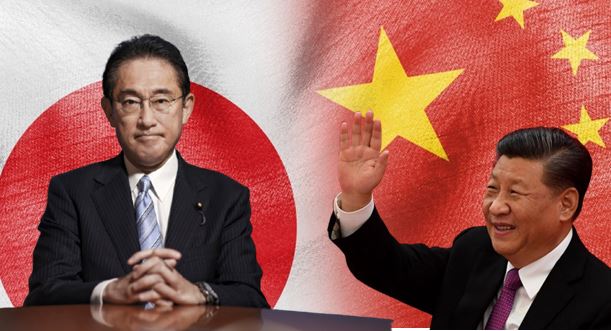 Former Foreign Minister Fumio Kishida defeated vaccination minister Taro Kono in a runoff poll for the ruling Liberal Democratic Party’s presidential nomination on Wednesday, putting him in a strong position to become Japan’s next Prime Minister. Kishida, who will succeed departing Prime Minister Yoshihide Suga next week, will be entrusted with repairing an economy damaged by the COVID-19 outbreak and fortifying connections with the US and other partners at a time when China asserts itself in the Indo-Pacific area.

After only one year in government, the Hiroshima legislator follows unpopular Prime Minister Yoshihide Suga, who did not seek re-election as party leader. Because the LDP has a majority in the lower house, Kishida is almost set to become Prime Minister at a parliamentary session on Monday. With this, a highly hawkish person towards China has been elected for the position of Prime Minister, given the LDP coalition has majority in both houses.

As he leads the LDP and its junior coalition partner Komeito into a general election in November and the election of the House of Councillors, the upper chamber of parliament, next year, he appealed for unity among party members.

Because the LDP-Komeito alliance has a majority in both chambers of the Diet, Kishida is expected to be elected Prime Minister at the commencement of an extraordinary Diet session on Monday. Kishida said he will begin working at “full speed” to address a number of issues, including Japan’s consistently low birthrate and the achievement of a free and open Indo-Pacific.

As authoritarian countries wield more and more power, Kishida said in an interview just before Prime Minister Yoshihide Suga’s surprise announcement that he was stepping down, that Japan should seek to cooperate with Taiwan and countries that share its values of freedom, democracy, and the rule of law.

“Taiwan is in the forefront of the United States-China standoff,” he stated. “Given the current scenario with Hong Kong and the Uyghurs, I believe the Taiwan Strait will be the next major issue.”

He also stated that the $30 trillion demand gap should be considered when determining how much economic stimulus is required. Kishida said earlier this week that he wants to spend tens of trillions of yen to cushion the economic impact of the epidemic and to get people to cooperate with movement restrictions aimed at slowing the virus‘ spread.

Kishida supports a parliamentary resolution denouncing China’s persecution of the Uyghur minority and wants to appoint a prime ministerial aide to monitor the situation. Kishida believes that Japan, in collaboration with the US and other like-minded countries, should stand hard against authoritarian regimes like China‘s growing aggression.

“In order to defend universal principles like freedom, democracy, rule of law, and human rights,” he stated earlier this month, “we must say clearly what has to be said in the face of the expansion of authoritarian regimes like China, while partnering with countries that share similar values.”

Kishida intends to strengthen the coast guard’s capabilities, as Japan and China continue at odds over the sovereignty of a collection of small East China Sea islets. While all the above mentioned actions and inclinations have already become common knowledge, it becomes the journalists’ duty to encapsulate what will be the extent of hawkish attitude of the new soon to be Prime Minister, towards China.