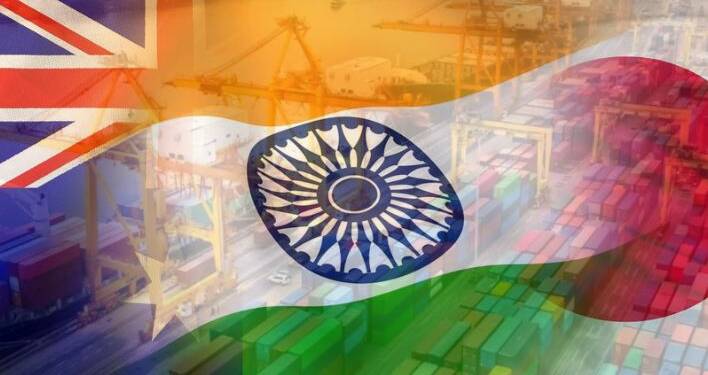 Economic security is national security. When the economy grows, the security gets strengthened too. Perhaps, this explains why former Japanese Prime Minister Shinzo Abe was keen to launch the Supply Chain Resilience Initiative (SCRI) against China before vacating office last year. Abe knew if China’s military might is to be decimated, the democratic world must wage an economic war against China.

The Shinzo Abe administration showed utmost urgency in August last year when it proposed the idea of a trilateral supply chain arrangement between Japan, India and Australia for the first time. Days after the SCRI was announced, Shinzo Abe tendered his resignation owing to his worsening health condition. A year later, the SCRI has morphed into an effective economic campaign against Chinese dominance in the supply chain network of the Indo-Pacific.

The three partner countries aim to isolate China by improving the supply chain resilience across the region while building a mutually complementary relationship among the Indo-Pacific countries.

India, Australia and Japan; all three countries trade goods and services worth billions every year with China. China enjoys a massive trade surplus with India and Japan, while Chinese industries rely heavily on Australian imports. Hence, if these three countries manage to shift even a minuscule portion of their trade away from China, it would open a can of worms for the already-plummeting Chinese economy.

Make no mistake, the SCRI is not confined to the three-member states, and the countries are striving to court ASEAN nations in their economic campaign against China. The three nation-driven initiative has planned to set up institutions and industrial parks to resolve the trade and investment barriers, streamline risk management system, improve sea and air connectivity. The framework would include digitisation of trade documents, exchanging of regulatory information, and improving transparency. The arrangement will also make it easier for businesses to flourish in the trilateral bubble, which can be expanded further.

As per reports, India is keen on expanding the initiative to include other countries with converging interests. India is also proposing the inclusion of ASEAN and is in conversation with European Union countries to be part of the conversation on the Supply Chain Resilience Initiative. The proposal is significant as India is not part of the RCEP (Regional Comprehensive Economic Partnership), a trade partnership that includes Beijing and thus, works in consolidating supply chains in China.

The SCRI has proven to be a boon for the Australian economy, which now finds it much easier to offset its trade loss with China by diversifying the supply chains with help from India and Japan. For instance, India came to Australia’s rescue when China imposed a unilateral ban on coal imports from Australia. India is also importing stranded Australian coal sitting at Chinese warehouses for the past six months to help the Australian coal industry and its energy sector at the same time.

On the other hand, Australia is said to be in talks with the Japanese government to strengthen its trade ties with Japan and bridle its over-dependence on China. Australia’s recently-unveiled China-Plus strategy also revolves around doing away with the trade ties with China and prioritizes India to diversify its export market.

Read More: Quad will remain dormant till White House has a Republican President, but for now Japan has launched Triad with India and Australia

If the Evergrande crisis is any indication, the Chinese economy is in deep trouble. The fall of China has become imminent owing to the Chinese leader Xi Jinping’s heightened paranoia and fears of losing power to his rivals. His brutal campaign against the private capital holders has aggravated the country’s economic woes and burned down the stock exchanges. Hence, if the SCRI grouping decides to launch an economic offence against China now, it would render the Chinese economy decimated and destroyed.

The Quad had effectively lost its sheen and purpose the day when Joe Biden came at the helm of the affairs. While the Donald Trump Administration kept Quad focused on the security aspect of increased Chinese belligerence in the Indo-Pacific region, Biden considerably diluted the security grouping by bringing in the issues like climate change and vaccine distribution.

Biden effectively rendered Quad just another grouping of four countries seeking to enhance their cooperation and engagement. The China factor has conveniently been overshadowed to give China’s coercive actions a free pass at the behest of Joe Biden. In 2007, when Shinzo Abe had envisioned the idea of the Quadrilateral Security Dialogue with India, the USA and Australia; he would not have been fretting about fast-melting ice far away on the North and South Pole of the Mother Earth.

Keeping the US away from SCRI: A decision miles ahead of its time

Abe envisioned the SCRI in 2020 and kept the US out of the arrangement on purpose. Given Joe Biden’s reluctance in strengthening the Quad and his keenness towards rejuvenating the trade ties with China, Abe’s decision to keep the SCRI away from the US seems a decision miles ahead of its time.

For revitalizing the Quad, one may have to wait for the next Republican administration in the US; however, the SCRI is here to beat the living daylights out of the Chinese economy. Biden may have rendered the Quad ineffective and useless in his first nine months of assuming the charge, Abe’s SCRI will ensure the demise of Chinese economic and military might in the times to come.