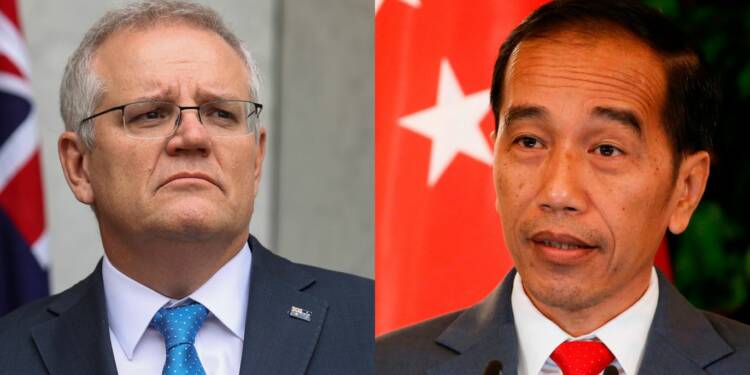 In 1995, when the US was sweating over forging stronger trade ties with China, Australia firmly made a bold move that sent shockwaves far away in Beijing. Australia’s then Prime Minister Paul Keating had just concluded a security pact with Jakarta. The security pack did not even mention China, but Keating had no other thing in mind when he approached Indonesia with the proposal of hammering out a security deal.

As James Curran, professor of modern history at Sydney University puts it, “this shows that Keating was thinking about the rise of China 25 years before the current debate kicked off and more than think about it, he put into place a huge bulwark into our strategic positioning.”

Keating’s foreign policy adviser Allan Gyngell states that Keating sensed China would have a bigger weight in the region and wanted to provide balance, as he was quoted as saying by Financial Review. In his last major foreign policy speech as prime minister in early 1996, Keating warned that China would be a “great uncertainty” in the coming decades, and “the sheer size of its population and economy raises questions for the rest of us about how we deal with it”.

The 1995 security pact with Indonesia

The 1995 security pact enabled Australia and Indonesia to have regular consultations on security matters and develop strategic ties. The pact also outlined the promise of both nations to consult one another on security matters beyond the scope of a single nation’s security capabilities, or that affect both nations in kind. However, much to Canberra’s chagrin, the pact fell apart just years after it got signed. In 1999, a separatist movement in East Timorese pushed the country on verge of civil war and the 1995 security pact with Australia fell prey to the crisis.

Read More: Indonesia is on a massive defence purchase spree to challenge the hegemony of China in the South China Sea

The Timorese Crisis and subsequent collapse of the 1995 security pact

The then Australian government involved itself in the Timorese crisis by lending its support to the UN-acknowledged Democratic Republic of Timor-Leste, inviting wrath from the disgruntled Indonesian government. Consequently, all diplomatic exchanges got cancelled, and the bilateral relations suffered a massive breakdown.

But seven years later, a breakthrough came in the form of the 2006 Lombok treaty that carried even more significant clauses than the 1995 security pact. The treaty read, “The Parties, consistent with their respective domestic laws and international obligations, shall not in any manner support or participate in activities by any person or entity which constitutes a threat to the national stability, sovereignty or territorial integrity of the other Party, including by those who seek to use its territory for encouraging or committing such activities, including separatism, in the territory of the other Party.”

Keeping the treaty aside, Indonesia’s ties with China have also strengthened in the past two decades, which explains the Southeast Asian nation’s current prostrating before China. Today, China is Indonesia’s biggest trading partner with a staggering 26% share in the country’s total imports. China also consumes around 17% of Indonesia’s total exports. Hence, Indonesia’s ability to stand up against the Chinese belligerence in the region has gravely taken a hit. That means Indonesia’s 1995 security pact with Australia is no more a priority for Jakarta.

But this needs to be changed given China’s increased hostility against Australia and Indonesia. Indonesia holds the potential of becoming Australia’s gateway to the ASEAN and Southeast Asia, and it must not squander the golden opportunity. Indonesia itself is grappling with Chinese incursions in its waters and is struggling to stave off the Chinese menace.

As recent as last month Indonesia was forced to ramp up its naval presence in the Natuna islands region after some Chinese ships got detected in its waters. As reported by Al Jazeera, “A weeks-long standoff in Natuna occurred early January last year when a Chinese coast guard vessel and accompanying fishing boats entered the northern Natuna Sea, prompting Indonesia to send fighter jets and mobilise its fishermen.”

Upping the game in Indo-Pacific

Australia is already at economic war with China, and it has openly thrown its weight behind the democratic island nation of Taiwan in its bid to step up pressure on the Chinese regime. The war that started off in the economic realm has spread into the security realm as Australia’s Scott Morrison administration looks well poised to wrest all the pacific and ASEAN countries away from the clutches of China.

Read More: The man behind Indonesia’s aggressive military upgrade and China’s nightmare is all set to be the next President of Indonesia

With tensions running hot in their relationships with China, the smaller ASEAN nations seeking to balance China’s hegemony would be willing to forge closer ties with Australia. This provides Australia a fortune moment to revitalize 1995 security pact with Indonesia that would help it upping the ante against China on the security front.