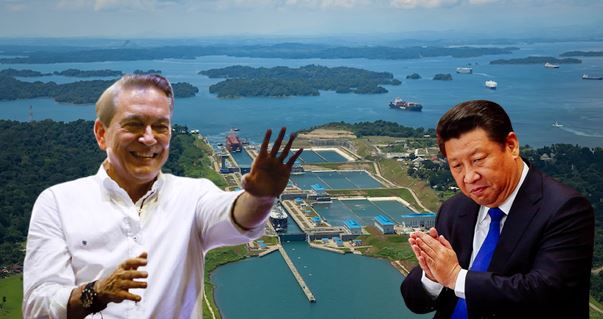 Sometimes, canals act as bridges too. The Panama Canal is the most glaring example that brings the Atlantic and Pacific oceans together. The Panama Canal, cutting through the Isthmus of Panama, is a conduit for maritime trade that facilitates around six percent of the world trade. Owing to the vital role that the Panama Canal plays in the South American economy, the Chinese predators have their devilish eyes set on the trade route for years now. However, Panama’s president Laurentino Cortizo looks well poised to strike down any Chinese adventurism.

Normalization of the relations between PRC and Panama

The official relations between Panama and China got established under the previous Juan Carlos Varela administration in 2017. Taiwan still operates its trade office in Panama, but the previous administration vehemently helped the Chinese government set its foothold in the region. The diplomatic relations between the two countries might have begun just four years before, but the Chinese have remained involved in the country since the 1990s.

The US continued to control the Panama Canal and surrounding zone until 1977 when the Torrijos–Carter Treaties enabled Panama to take control back from Washington. The Panamanian government finally took over the canal in 1999, opening gates for the Chinese to set footholds in the country. Months later, in 1999, the Panamanian government awarded the Chinese firm Hutchison-Whampoa concessions to operate ports, on both the Atlantic and Pacific sides of the canal.

Furthermore, the previous Juan Carlos Varela regime set in motion an array of Chinese initiatives in the country. The country switched its recognition from Taiwan to China in 2017 and subscribed to China’s ambitious Belt and Road Initiative in later months. Panama signed 19 MoUs with the PRC the same year. Next year, in 2018, the Panamanian government invited Chinese President Xi Jinping to ink several other Chinese initiatives and projects.

The trade between the two countries has also grown exponentially in the past two decades. Since 2001, bilateral trade has increased by 22 times, reaching $938 million in 2019. Moreover, the Chinese government also pressed the previous administration for signing a free trade agreement between the two nations. Five rounds of trade talks had already taken place before Varela vacated the office in May 2019. Emboldened by Varela’s prostration before the Chinese regime, the People’s Republic of China (PRC) even aspired to set up a giant embassy at the mouth of the Canal.

However, China’s winning streak in Panama came to a screeching halt when President Laurentino “Nito” Cortizo rose to power in May 2020. China’s plans of building an embassy at the canal’s entry got suspended. The trade talks got stalled too. Several canal projects initiated under the previous government also faced tight scrutiny.

The BRI projects in the country got hampered too. For instance, a Chinese proposal for a US$4.1 billion high-speed train linking Panama City with the north of the country was driven to the grounds. A major electrical transmission project, in which a Chinese company was seeking dominance, was suspended too. Later on, Chinese companies were thrown out of the Panama Metro, helping Korean companies take over the project.

The clampdown on the Chinese influence in the region by the Cortizo administration stemmed from two factors: The heightened pressure from the then-Trump administration of the US and the growing concerns over China’s expanding imprints on the Panamanian economy.

Interestingly, the 25-year contract awarded to the Chinese company Hutchison is coming to an end next year. In March this year, the company sought renewal of the contract, after which the Panamanian government began the renewing process. But as per a research paper published by the Center for Strategic and International Studies, “the Panamanian government now faces the critical decision of whether to continue the extendable concession contract or pursue an open bidding process.”

Owing to the rising anti-China sentiments in the region, and Cortizo’s willingness to stand up against the Chinese belligerence; China could very well lose the crucial bid. However, the Biden administration’s unwillingness to back Panama against China could weaken Cortizo’s resoluteness to keep China from taking over the Panama Canal.

Not only the Biden administration should press for an open bidding process, but it should also push its own companies to get involved in the Panama Canal projects. Biden must wake up from the slumber if it wants to keep its interests afloat in the region. Around 60 percent of the total trade done through the Canal concerns the US directly, and given China’s increased hostility around the world, China cannot be given a free pass to carry out its misadventures in the Panama Canal Zone.