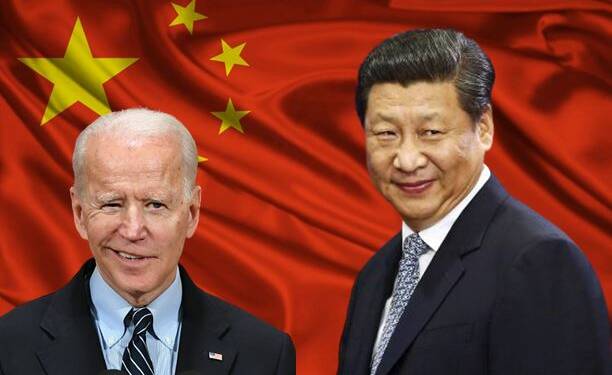 After four years of constant chastisement at the United Nations by former US President Donald Trump, China finally breathed a sigh of relief on September 21, when President Joe Biden gave his first address in his new role. Last year, President Trump sought a probe into the origins of the “China virus” that would be open and transparent. President Biden, on the other hand, avoided not just making China accountable but also proffered to avoid embroiling the US in a new cold war (with China). And even in such a scenario, the Biden administration has now even put Trump-era tariffs on the discussion table, to woo the Chinese Communist Party and Xi Jinping.

As reported by Nikkei, the Biden administration is preparing to resume talks with Beijing. “I expect to have honest conversations with my counterpart in China in the coming days,” U.S. Trade Representative Katherine Tai said on Monday, at the Center for Strategic and International Studies in Washington. She is due to speak with Chinese Vice Premier Liu He, urging him to honour the “phase one” trade agreement that China struck with the US under former President Donald Trump. To assist mitigate the impact of trade tensions on its domestic economy, the US plans to reinstate partial exemptions from punitive tariffs.

Earlier, Joe Biden spoke from a position of weakness in his first-ever speech as the President of the United States at the United Nations. America’s fallout with France overshadowed the celebrations of the AUKUS initiative. Doubts are emerging over the US’ commitments after Biden’s botched-up Afghanistan withdrawal. Hence, Biden could have very well used this opportunity to re-energize America’s allies through a charm offensive campaign against belligerent China; instead, Biden chose to squander it.

Under Biden, America’s alliances are falling apart like never before. Through the botched-up AUKUS execution, not only did Biden attempt to undermine the Quad grouping, he also betrayed American NATO ally France, by keeping it unaware of the ramifications for France’s security partnership with Australia.

Biden’s yielding at the UN came days after he attempted to please Chinese President Xi Jinping over a phone call. In his first engagement with Xi Jinping after a gap of seven months, Biden vowed to avoid conflict with China. A White House statement read, “President Biden underscored the United States’ enduring interest in peace, stability, and prosperity in the Indo-Pacific and the world and the two leaders discussed the responsibility of both nations to ensure competition does not veer into conflict.”

Tai detailed the Biden administration’s trade policy in his statement on Monday, emphasising the United States’ desire to “employ the full range of weapons we have and develop new tools as needed to defend American economic interests from damaging policies and practises.” The US hopes to persuade China to change its unfair trade practices through conversation rather than imposing a deadline. This discussion will focus on China’s progress, or lack thereof, in meeting its obligations under the phase one agreement.

Also read: By setting Huawei CFO free, Biden has given China a free hand to carry out more abductions in future

“Our objective is not to inflame trade tensions with China,” Tai added, differing from the Trump administration’s stance. Except for pharmaceutical items, the US proposes to reintroduce tariff exemptions that expired at the end of 2020. While the administration has not yet decided which items will be eligible for exemptions, such decisions will be based on policy goals. Imports relating to climate change and infrastructure, as well as renewable energy-related commodities, may be exempt from tariffs. Joe Biden is not only undoing all the efforts which were weaning down Beijing, but he is also emboldening them with tariff exemptions and what more proof does one need to see how openly Biden is kowtowing to China.