China’s digital currency plans against the Dollar will backfire badly 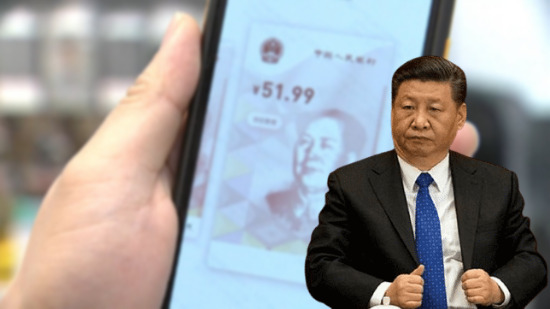 The world is understanding how problematic it can be if the US keeps unilaterally sanctioning countries and overuse its monopoly of dollar currency. China is optimistically looking at this and using its centralised bank-led digital currency push, it wants to replace the dollar monopoly with Chinese digital currency.

However, one thing Beijing always forgets in its grand schemes is the complex intricacies that can destroy its plans. This time too, the Chinese miscalculation that other countries will choose Chinese digital currency instead of developing their own, is a major miscalculation that will backfire badly.

Beijing is likely to use dissatisfaction with the inefficiencies of existing cross-border payment channels to bolster support for its vision of lower-cost alternatives based on CBDCs as central banks across the world consider the dangers and benefits of issuing central bank digital currency (CBDCs). If achieved, such agreements might allow Chinese companies and their trading partners to minimise their reliance on the US dollar for cross-border transactions and avoid payment channels that the US government can block for national security reasons.

The digital renminbi (or e-CNY), Chinese sponsored digital currency, is already being built to meet these goals. The People’s Bank of China declared in a white paper published in July 2021 that the digital renminbi is “ready for cross-border use.”

China has the highest foreign exchange reserves in the world, which is one of the most important elements of its national power. However, in September, China’s forex reserves went down by a substantial margin of $31.5 billion down to $3.2006 trillion.

Forex reserves matter for China, because it is not a resource-rich nation. Especially in terms of oil and natural gas, China spends a lot importing such energy resources from the Gulf and Iran. China has plans to buy a huge amount of natural gas from Russia. Presently, crude oil and natural gas are becoming expensive as the global economy comes out of the Pandemic-induced slowdown. This is bound to take a toll on China’s forex reserves and ultimately reduce its ability to make overseas investments. If China’s exports economy keeps going down, we might as well see a bigger shrinkage in the Communist nation’s forex reserves due to energy imports.

Read more: China is losing its Foreign Reserves faster than its credibility

Silicon, aluminium, food processing and stainless steel- almost every single sub-sector of Chinese manufacturing has been hurt by the ongoing power crisis. The official manufacturing Purchasing Manager’s Index (PMI) in China stood at 49.6 in September compared to 50.1 a month earlier. Such contraction has been recorded for the first time since February 2020.

With the crypto-currency wars between China and crypto-currency systems intensifying, Japan is now stealing many of China’s frontline allies. Japan is reportedly allowing Chinese client states like Cambodia and Laos to get rid of their dependence on the digital Yuan of China. This is bound to hurt China’s dreams of dominating the global financial payments system.

While China harbours its own digital currency domination dreams, Japan is helping Chinese client states cut dependence on the Communist nation and develop their digital currencies. Laos, for example, is looking to develop Chinese digital currency. As per Nikkei, Laos is taking help from a Japanese financial technology startup called Soramitsu for this purpose.

Read more: Japan will give Chinese client states Laos and Cambodia their own Digital Currency

The Bank of the Lao People’s Democratic Republic recently signed a memorandum of understanding with the Japan International Cooperation Agency to study the issuance of a digital currency. Soramitsu is also helping Cambodia, another Southeast economy closely linked to China, to develop a digital currency. The National Bank of Cambodia has successfully implemented Bakong, the digital currency of Cambodia, which was launched in October 2020.

While the crypto-currencies created an alternate, decentralised system in which transactions could be made without going through a central authority or a centralized ledger, for China, this is a really scary thought.

China has its ambitions of making the Yuan a global currency and displacing the US Dollar. So, it does not fancy a decentralised system that would not allow any national currency to monopolise the global financial system.

Also, China itself would not have fancied the crypto-currency system because of the high level of decentralisation and anonymity offered by the technology. China, being a totalitarian regime, does not want to lose regulation and control over financial transactions which is why it started opposing Bitcoin and other crypto-currencies.

China has been using its leverage with its allies to adopt the digital Yuan. It has already started considering cross-border digital Yuan payments. Till now, the digital Yuan is in the initial stages of development and predominantly restricted to China’s boundaries.

However, while Beijing has these elaborate plans, the actions of US allies fed up with US inaction under Joe Biden and countries world over will make sure that the digital future is also federal and will not let the Chinese Communist Party get its plan see the success it expects.

Japan cites North Korea to train its guns on China