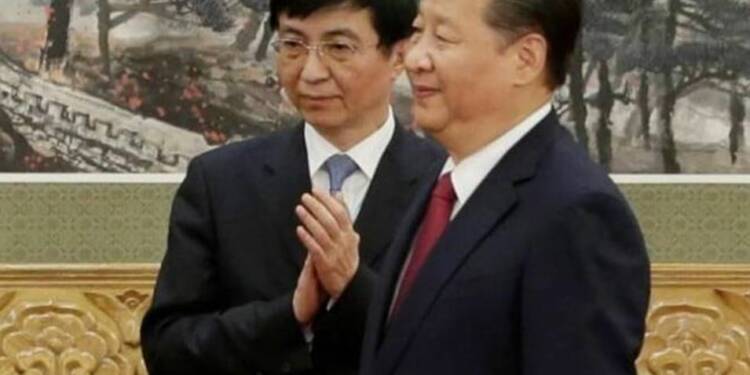 It was in March 2013, when Xi Jinping came at the helm in China, steering his nation towards a path that came to be known as suicidal in the following years. Jinping inherited the Chinese economy with an upward trajectory, which witnessed a dramatic boom under the first six years of his tenure. However, with the onset of the Covid pandemic in 2020, a new China came to the surface that stirred instability in every corner of the world.

The man on the driving seat

The Chinese wolf warrior diplomats got unleashed on the world. Anybody who questioned Chinese integrity got bullied and harassed at the hands of the bellicose Chinese media. The CCP grew more hostile towards its neighbors and trade partners. Several economies fell prey to the predatory Belt and Road Initiative, and stringent censorship norms got introduced to keep the domestic uprising in control. Once a thriving economy, China is now being driven into the ground at the behest of one man, and that man is not Xi Jinping.

While Xi Jinping may be in charge of the Presidential office of China, there exists a man in charge of Jinping’s brain itself—and the man is Wang Huning.

The brain behind Jinping’s brain

Wang Huning, a member of the CCP’s seven-man Politburo Standing Committee, is the real secret keeper of Xi Jinping. He lives in the shadows, but his role in crafting the CCP’s foreign and domestic policies is the glaring one. He is a soft-spoken political theorist, an introvert and an obsessively discreet one at that– this is how his friends and relatives describe him. He’s a Communist radical too. When he joined the CCP in the early 1990s, he pledged to never talk to a foreigner. He cut off all his ties with the outer world and stayed away from media and the limelight. Unsurprisingly, no one knows about him in the West.

Huning is the brains behind each of China’s destructionist foreign and domestic policies. Ranging from the infamous “debt trap scheme” to China’s “wolf warrior diplomacy”, and from “anti-corruption campaign” to even “Xi Jinping thought”; all are the brainchildren of Wang Huning only. While all these initiatives have brought extremely devastating results for the Chinese economy and foreign policy, Xi Jinping never had any problem in walking the Huning’s talk given the non-existent grey matter he carries in his head.

Huning, a staunch opponent of liberalism, has always opposed the idea of “Socialism with Chinese Characteristics.” He believed that the aforementioned concept was leading Chinese society to nowhere. He warned that “there are no core values in China’s most recent structure.” Hence, it can be safely assumed that Huning must be the brain behind the recently launched “common prosperity campaign” in China which set in motion an unusual surge in the crackdown against the private capital holders and influential personalities in China.

Read More: Jinping’s opponents could be plotting a coup through their lackeys still working in Jinping administration

But how did the CCP make Huning to embrace the party? Interestingly, Jinping’s rivals brought him to the higher echelons of the party. The person behind Jinping’s devastating policies and the ensuing political crisis was actually brought in by Jinping’s rival Shanghai faction. Jiang Zemin, the head of the Shanghai gang plucked Huning from his university at the age of 40. Later on, he was granted a leadership position in the CCP’s secretive Central Policy Research Office, putting him on an inside track into the highest echelons of power. Despite Xi’s ruthless purge campaign launched against the Shanghai faction back in 2013; Huning has remained afloat and influential within the party, which explains his political cunningness and unique ability to survive.

How Huning has cunningly destroyed Jinping over the past six years

But that also explains Jinping’s glaring miseries. Thanks to Huning’s indoctrination, Jinping is the most hated person on the face of this earth today. His brutal purge campaigns have only intensified the rivalry within the party. Resentment among the Chinese masses has grown manifolds owing to the plummeting economy and stricter censorship. Huning’s ideas have ostracized China on the world stage, and given his trait of not exposing himself to the limelight, history will remember the ostentatious President Xi Jinping as the real culprit for China’s devastation.

Read More: The CCP foils an attempt on Xi’s life as power struggle intensifies within the party

All in all, Huning has destroyed Xi Jinping over the past six years. Jinping’s paranoia reflects in almost all spheres of China’s policy-making mechanism, which explains growing doubts over his re-election as the Chinese President next year. Jinping’s actions over the past few months illustrate his loosening grip over the power. The irony is that the man behind this catastrophe is not even visible to the world.