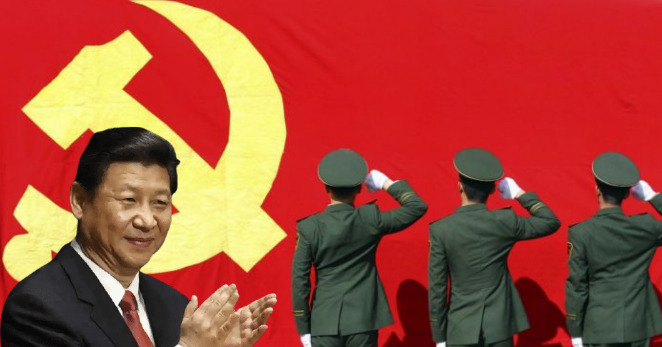 The year 2020 has witnessed a radical shift in the discourse revolving around the political system in the People’s Republic of China. By asserting its claims of being a democratic country, the Chinese authorities have tried to impede the budding anti-China alliance of global democracies. China touting itself as a democratic country simply illustrates a key idea that remains largely overlooked by the international press—the Chinese masses are increasingly aspiring for a democratic setup at home.

The idea of “Democratic China” in Chinese media and foreign policy

For years, China has been hailing its “socialism with Chinese characteristics” system while overstating that it does not intend to export its political system to other countries. As China starts rolling back its capitalistic features, it is now increasingly propagating its so-called democratic framework. Amusingly, Xi Jinping himself is leading the charge of the CCP’s new adventurism.

For instance, Chinese President Xi Jinping recently stressed upholding and improving the people’s congress system and continuously enhancing whole-process people’s democracy. Xi Jinping said that “The people’s congress system, made by Chinese people under the CPC leadership, is a great creation in the history of political systems as well as a brand new system of great significance in the political history of both China and the world.”

Foreign policy goals behind the idea of a democratic China

The idea of China being a democratic country is a very clever concept put forward to counter criticism of China’s assertive “Wolf-Warrior Diplomacy.” It is devised to counter the flourishing alliance between major democratic powers of the world, forged to stymie China’s blatant intimidation of its neighbours and global institutions. When China calls itself a democratic country, it attempts to downplay its alienation by the democratic world. However, the idea of democracy is equally important for the CCP to solidify its precarious political standing at home.

The resentment among the Chinese people has become commonplace now. The communist regime is heavily disliked in China given its tendency to meddle in people’s day-to-day affairs. People are increasingly losing confidence in the Chinese political system. And the pandemic only worsened the situation. People saw their loved ones losing their lives to the corrupt regime that despises transparency and equal healthcare rights.

People came to know the fact the democracies are usually better armed to tackle a pandemic-like disaster. The Chinese regime is loathed by people across the globe that has only stoked concerns among the ordinary Chinese. For instance, the Chinese people look askance upon the way how China treats its neighbours, especially Japan.

Chinese growing concerned about China’s deteriorating ties with the world

Chinese citizens are increasingly expressing concerns that the Communist Party, which marked the 100th anniversary of its founding this July, has ruined the image of the nation and hindered personal relationships with the Japanese people. “China is not equal to the Communist Party,” said Zhang Yong, a 45-year-old architect. “I hope more Japanese will visit China and know more about what we are now, after travel restrictions in the wake of the coronavirus pandemic ease.”

Read More: Bad relations with Japan is making the Chinese people disown CCP and its policies and discontent is soaring

But is China a democracy? It doesn’t allow “free and fair” elections to choose its leader. The country’s judiciary remains heavily controlled by the communist regime. The nation’s social media platforms are overly censored, and resentment is usually perceived as a lack of nationalism. There is not even an iota of the democratic component in the current political system of China.

But the CCP wants its people to believe that the Chinese society is best placed to counter any external or national security threat. By calling itself a democratic country, the CCP seeks to tame the fierce calls for uprooting communism from China and instead embracing the democratic setup. Of course, such calls are hardly pleasing for the Communist Party of China that now has unleashed a counter-campaign to keep itself afloat. But such repression will only further fuel resentment among the Chinese populace, which would inevitably enable a mass anti-CCP campaign.