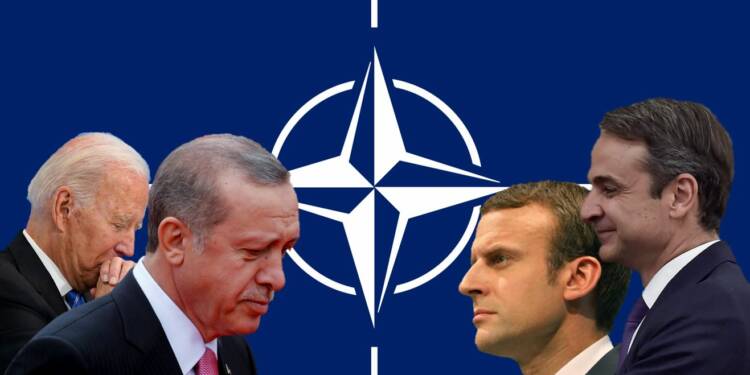 The geopolitical situation between Turkey and Europe is quite complex. The vague US foreign policy under Joe Biden adds nothing but bewilderment in the region The same Biden who was blaming Donald Trump to have been soft on Erdogan and who talked a lot about dealing with Erdogan the right way has taken an opposite approach. Turkish President Recep Tayyip Erdogan claimed on Oct. 17 that the US has suggested selling Turkey a batch of F-16 fighter jets to compensate for Turkey’s $1.4 billion investment in the global F-35 programme led by the US.

Earlier, Turkey had committed to purchasing over 100 F-35s but was dropped from the programme after opting for the Russian-made S-400 long-range air and missile defence system. Now the very person who promised a hard-line approach is trying to suggest compensations to Turkey. However, any such deal will bring chaos to the alliance structure in the Western Hemisphere. Turkey is under direct geopolitical confrontation with France and Greece. And any attempt to sell even F-16 to Turkey will mean a direct offensive against Greece and France, as the Biden administration has already backstabbed France once.

Turkey’s aggression in the Eastern Mediterranean and Greece’s reaction

Turkish aggression against Greece since 2016, especially in the Eastern Mediterranean is not an unknown affair. The issue most recently caught limelight in December 2020, when Turkey withdrew its seismic research ship, the Oruc Reis, from the Mediterranean Sea after the EU threatened to impose sanctions on Ankara. The European Union standing in firm support of Greece is just one among the many victories which the nation has scored against Turkey.

Recep Tayyip Erdogan crossed a threshold in February 2020, when he made Turkey open its land border with Greece, actively transporting Syrian and other refugees and migrants to the Evros River, which separates Greece from Turkey, and encouraging them to cross. The Greeks were convinced after this incident that Erdogan was seeking a conflict with them.

So, Greece has been working on its alliances with European nations and also building new friendships with mutual countries that have faced the onslaught of Turkish aggression recently. Among the first consequences of Greece’s diplomatic war against Turkey was the launch of the East Mediterranean Gas Forum, which pulled together Cyprus, Egypt, France, Greece, Israel, Italy, Jordan, and the Palestinian National Authority.

France is currently enraged with all three of its allies and partners – the United States, the United Kingdom, and Australia. India and Japan will be less than pleased with two QUAD members, along with the United Kingdom, forming a trilateral security structure of their own to limit China. In any case, the Five Eyes alliance has been in a lull recently. In response to the newly established national security collaboration between Washington, Canberra, and London, the French thus started its own bilateral engagement in the Indo-Pacific without the concern of the USA.

The French government at that point of time immediately recalled its ambassador to the United States and a slew of recalls followed. The first move was done at President Emmanuel Macron’s request, according to Jean-Yves Le Drian, France’s minister for Europe and international affairs, who added that “this unprecedented action reflects the exceptional seriousness of the pronouncements made on September 15 by Australia and the United States.”

The illogical offensive of Turkey towards Greece has seen resistance in the form of French support to Athens. In January, Athens made a 2.5-billion-euro order for 18 of the jets, 12 of which were second-hand, in a transaction aimed at bolstering Greece’s defences in the wake of rising tensions with Turkey. Greek Prime Minister Kyriakos Mitsotakis announced plans to buy six more Rafales on 12th September, which was immediately accepted. And in this situation, if Joe Biden sells F-16 fighters to Turkey, it will signal an overt support to and equipping of, Ankara’s offensive against France and Greece.

The threat becomes more real as the London-based Middle East Eye (MEE) also reported on the F-16 purchase intentions, citing a Turkish official who claimed that restoring Turkey’s F-16 fleet “may put not only Ankara’s but also NATO’s southern flank at risk.” Another person informed MEE that the Biden administration had no objections to the request to modernise the F-16s.

While other disasters were managed and mitigated by other world leaders, the situation in the region in question is so vulnerable that, any such illogical deal with Turkey by the US will spell chaos.