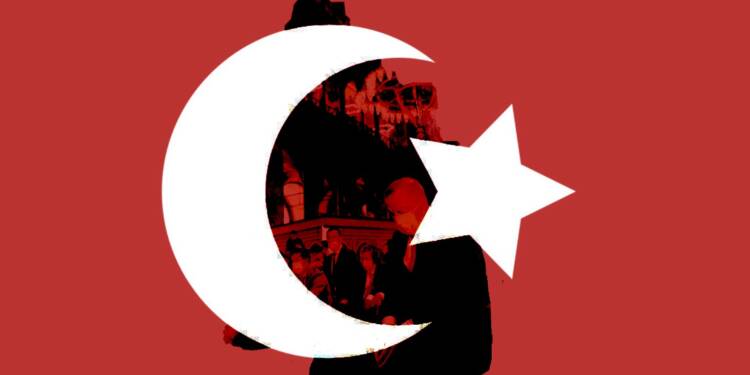 Turkey used to be a prosperous economy. In fact, it used to be a bright shining spot as a liberal democracy and a NATO member with a high economic growth rate. However, Turkish President Recep Tayyip Erdoğan’s Islamist policies have destroyed the Turkish economy. Erdoğan is a wannabe Khalifa and harbours ambitions of ruling the Muslim world. Therefore, everything in Turkey including its economic policy is being modelled on Shariah lines. This is leading to Turkish President Erdoğan going against the most basic economic theories regarding increasing interest rates and controlling inflation. In fact, he is firing anyone who tries to put the Turkish economy back on track by pushing for higher interest rates.

How Islamism is affecting Erdoğan’s policies:

In Islamic tenets, ‘Riba’ or interest earned by depositing or lending money is considered unholy (haram). As per IMF’s definition, Shariah doesn’t allow payment or receipt of interest (riba).

This is why interests rates offered by State-backed institutions in countries like Saudi Arabia are really low. Erdoğan wants to replicate the same model in Turkey without understanding its consequences.

The leader of Turkey has de-facto control over the central bank and has been a long-standing opponent to high interest rates.

It is well-settled amongst economists that interest rates must be raised in order to restrict inflation. But Erdoğan believes that higher interest rates further push inflation. In fact, the Turkish President keeps cutting interest rates at regular intervals despite skyrocketing inflation in Turkey and a constantly depreciating Lira.

Earlier this year, Erdoğan criticised the central bank for raising borrowing costs late last year. He said, “Whether they listen or not, I’ll continue my struggle.” The Turkish President added, “There is one thing I believe in, we can’t achieve anything with high interest rates.”

However, due to Erdoğan’s Islamism influenced policies, inflation has surged to double-digit rates, Lira has plunged, and investors have flown out of Turkey. Yet, only last month, the Turkish central bank announced a full percentage point in interest rate. Nikkei Asia quoted Erik Meyersson, senior economist at Handelsbanken Capital Markets, as saying, “Once again, investors were caught out by an excessively dovish central bank.”

Meyersson added, “In this case, there were clear indicators that a cut was to be expected given President Erdogan’s speeches as well as how the central bank had previously updated its guidance shifting focus from headline to core inflation, arguably for the purpose of generating the official space for a cut.”

The Turkish currency dropped expectedly by 1.5% after the rate cut hitting 8.8 Lira to the Dollar.

Erdoğan cracks down on reasonable economists:

Erdoğan is, in fact, so engrossed in his Islamist economic policies that he cracks down on whoever seems to make some sense. Last year, Turkey’s then Finance Minister and Erdoğan’s son-in-law, Berat Albayrak decided to dump the Turkish President and resigned from the key post. Also, Erdoğan had fired Murat Uysal, then Governor of Turkey’s central bank and replaced him with former Finance Minister Naci Agbal, a critic of Albayrak’s economic policies.

However, this year, Naci Agbal was also fired and Islamist Şahap Kavcıoglu was appointed as the governor of the Central Bank of Turkey.

After all, Agbal had committed a major sin for which Erdoğan had to punish him. Agbal had announced two hikes last year- the first one, largest in two years, was announced during the last autumn. The second one was announced in December 2020. The two hikes had raised the benchmark interest rates by 675 basis points to 17 per cent.

Interestingly, Lira strengthened on both occasions and rallied by a healthy 14 percent in the last two months of 2020. There were also some positive signs of investors returning to Turkish stocks and bonds. However, the Lira rally was short-lived and as soon as Erdogan’s Islamist thinking got triggered, Agbal found himself as the receiving end.

Erdoğan is unabashedly bringing in religion in Turkish monetary policy. He rails against high-interest rates in order to appease his radical vote bank. Erdoğan has gone as far as describing high interest rates as “the mother and father of all evil.” He has also spoken of the “devil’s triangle” that involves interests, inflation, and exchange rates.

Erdoğan is clear about following Shariah-compliant monetary policy, even if it leads to unsustainable inflation and a continuously weakening Turkish Lira.