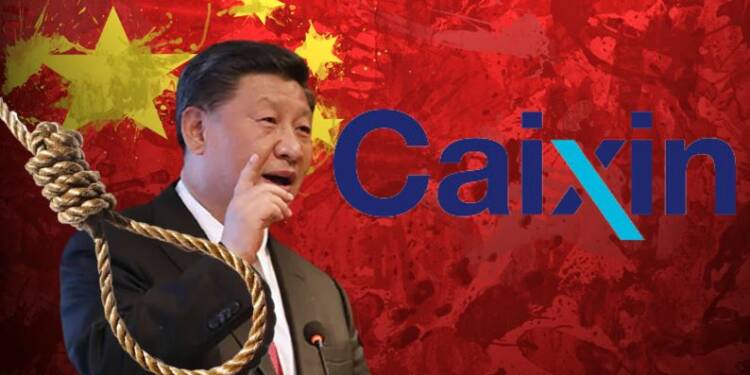 Do you follow Chinese media? Well, analysts follow it for learning how Chinese propaganda works and they read it to mock the volatile editorial policies and shabby writing styles of Chinese media houses. Almost all media houses in China are either state-owned or owe their allegiance to any one of the factions inside the Chinese Communist Party (CCP). Yet, when it comes to Caixin media, we tend to trust it. Foreign media houses and analysts find it trustworthy, whereas people of China love to read it.

But Xi Jinping hates it. In fact, he has decided to purge Caixin media, and he wants to remove it from the list of official news outlets. Xi has started a political war, which he is about to lose.

Why does Xi hate Caixin media?

The Cyberspace Administration of China has prepared a list of 1,300 domestic media houses, social media accounts and government agencies. Internet news providers are banned from using sources outside of the list approved by the Chinese regulators.

Surprisingly, even Caixin media – the most liberal source of information in China doesn’t find a place in the approved list. So, why does Xi hate China? Long story cut short – Caixin media founder and publisher Hu Shuli is close to Chinese Vice President Wang Qishan. Wang and Xi Jinping had a fallout recently, and Shuli published a story featuring pictures of several pig heads.

In an apparent dig at Xi, she said, “If the pig’s heads are cooked well, they are quite delicious. The pig’s head is not well received nowadays because of people’s notions. With such a bad reputation, who would want to establish a strategic partnership with pig’s heads at the dinner table?” So, a vindictive Xi decided to take on Shuli and her publication.

Let’s face it – Caixin has survived despite being critical and going after CCP officials. Shuli’s Caixin media is very widely read and loved within China. Shuli has her own political connections and in his initial years, Jinping himself to purge his opponents with help from Caixin media.

If he wages a political war against Caixin, Xi Jinping will lose, because of four primary reasons:

Media outlets in China are highly fictionalised. CGTN for example, was an ‘experiment’ on the part of Shanghai Faction’s Hu Jintao. Similarly, other prominent media houses like Xinhua and Global Times have their own factions. Caixin, being an independent media house, has no factions and its loyalties lie with the country.

People of China like to read from Hu Shuli’s news outlet because they know that it is not propaganda and that it resonates their opinion. Caixin media can be a powerful messaging tool if Jinping uses it correctly. But if he wants to take it on, then Caixin media could also become the reason of a revolution against him.

Caixin media follows the methodology of research and churning numbers. Unlike Chinese state-owned media that works under the larger umbrella of the Xi administration, Caixin does not invoke jingoism or ultra nationalism in senseless op-eds. Xi could have used data-based Caixin media to project Chinese soft power abroad. However, if Xi decides to take on Hu Shuli, Caixin can use similar reporting style to expose the extent of Xi’s misgovernance.

Because Hu Shuli isn’t devoted to any faction, she enjoys immense respect across the CCP. Everyone except Xi Jinping seems to like her.  This is why before her fallout with Xi, Hu Shuli could have an 11 AM meeting with Xi, a 12 PM meeting with Shanghai Faction’s Hu Jintao and a 1 PM meeting with Vice President Wang Qishan.

If Xi takes on Hu Shuli, he should prepare himself to get isolated and marginalised within the Communist Party.

We don’t trust the Chinese state media with what it says. But we do trust Caixin; global media picks much of its information about China from Caixin. If you take a Nikkei Asia subscription, for example, you get free access to Caixin stories as well.  Caixin is to China what Bloomberg is to America. So, if one wants to know the truth about China, one refers to Caixin.

Had Xi not been as stubborn as he is, he could have used Caixin to sell his version of the Chinese growth story to the world. If Caixin, for example, says that the Chinese economy is recovering, there is a high chance that western financial newspapers will pick it up and stimulate interest in the Chinese economy.

Conversely, Xi Jinping’s decision to wage a war against Hu Shuli’s publication sets up a competition for forming global opinion between Caixin and the Chinese state media, with Caixin likely to win any such contest.

Cracking down on Caixin media is a war that Xi Jinping has waged against Hu Shuli. But here is the real deal – he will not be able to win this war, as Caixin is here to stay. During Jinping’s tenure itself, Caixin had successfully policed megalomaniac CCP officials and emerged unscathed despite publishing critical material against high-ranking Communist Party officials. Such policing of government officials has turned into a precious brand. Shuli has been able to cultivate people’s trust and now any attempt by Jinping to mute Caixin media is going to make the general public very angry.

At the end of the day, if Hu decides to go after Xi either with or without any support from Vice President Wang Qishan, people will believe Caixin and not the Xi administration. Cracking down on Caixin media is therefore nothing less than political suicide for Xi Jinping.