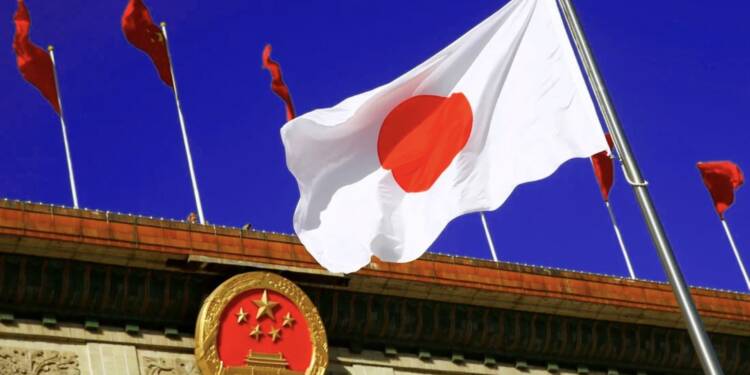 The story of US-China rivalry has been so oversold that it has made the analysts blind to the real sleeping giant, that is Japan. Japan, which was the first economic miracle of East Asia, gets ignored amid the US-China competition. Japan has also maintained itself at the third position on almost all economic indexes, since losing the second spot to China.

As of July 2021, with $1,386 billion, Japan is only second to China’s $3,371 billion when it comes to Forex reserves. However, one cannot deny that even after previous Prime Ministers, be it Koizumi or Shinzo Abe, tried to revamp the economy, some bottlenecks have existed which have stopped Japan from achieving the levels of growth and economic numbers one expects from the country. Japan needs to focus its attention on the low levels of Foreign Direct Investment (FDI) flowing in, even after being a member of the Organisation for Economic Co-operation and Development, OECD. If the country makes sufficient changes to address this, it will prove to be a nightmare come true for China.

Inward foreign direct investment (IFDI) flows in when a country encourages foreign corporations to build up new facilities or purchase domestic enterprises to boost FDI growth. While China and recently India as well saw their Forex Reserves surge, for example, India registered a spike from $16.66 billion to a record high of $633.558 billion, Japan remained an exception that has time and again resisted inward FDI. The United Nations Conference on Trade and Development (UNCTAD) ranked 196 nations in terms of cumulative inward FDI as a proportion of GDP in 2019 (the most recent statistics available). Japan finished dead last, slightly ahead of North Korea.

According to evidence from other countries, a rise in FDI might significantly boost Japan’s economic growth. The countries that benefit the most from increased FDI are those that are the least efficient in comparison to global standards. Yes, Japan excels in a few fields, for example, the automotive industry, but it lags in many others. As pointed out by FP, take, for example, digital technology, which is growing to become increasingly important in all sectors of the business, is an area where Japan is yet to dethrone China. When one business management institution assessed 64 countries based on how much economic gains they received from their digitisation investments, Japan came in dead last.

Read More: Japan joins hands with Taiwan to develop its own semiconductor industry

Japan’s FDI was a pitiful 1.2 per cent of GDP when Junichiro Koizumi took office as Prime Minister in 2001, compared to 28 per cent in a typical prosperous economy. Koizumi pledged to quadruple FDI in the first half of the decade, then established a goal of FDI reaching 5 per cent of GDP by 2011. There was noticeable growth at first– by 2008, FDI had climbed to 4.0 per cent. Then everything came to a halt. Despite his successor, Shinzo Abe, promising in 2013 to double FDI, the ratio was only a bit higher in 2019, at 4.4 per cent. Meanwhile, an average OECD country’s ratio jumped to 44.0 per cent.

Increased FDI is a necessary component in Japan’s recipe for reversing its stagnating economic growth. It will not only bring investment, but it will also help Japan utilise the potential of its high earning consumer base, improve the flow of cash and energise the stagnated economy of Japan. It will also bring in many different ideas and, ways of doing things, a very necessary requirement given the traditional Japanese style of doing things is also acting as an additional problem to gain investors.

Foreign companies are drawn to the Japanese market. Multinational corporations consistently rank Japan as a top investment destination due to its big, affluent market, highly educated population and customer base, and high technological capabilities among possible suppliers and partners. The biggest impediment to greater inward FDI is that foreign companies have difficulty purchasing healthy Japanese enterprises. In a typical affluent economy, mergers and acquisitions (inbound M&A) account for 80 per cent of inward FDI, but only 14 per cent in Japan. Because inward M&A is relatively modest, total inward FDI is low.

Japan moving in the right direction

Recently, by sending an offering to the Yasukuni war shrine, Kishida has signalled that he is going to follow Abe’s policies of countering Chinese hegemony, which includes economic strengthening. It is also a strong signal that Japan’s political stability hasn’t been lost and Kishida is not going to bow down to anyone.

According to polls, many more people today regard foreign enterprises as having a beneficial impact than a negative one. The Japan External Trade Organisation (JETRO) vigorously courted international corporations to establish new operations in Japan but did not attempt to persuade foreign companies to buy Japanese companies. The mandate of JETRO should include finding foreign purchasers for at-risk SMEs. With their skillset and wide networks both inside and outside of Japan, Japan’s major trading corporations and megabanks would find it very profitable to function as matchmakers. The process has the potential to snowball, as studies show that SMEs are more likely to sell to a foreign corporation if they perceive others have done so successfully.

Overhaul in the Banking Sector

Japan is seeing an increase in financial technology companies as a result of a combination of regulatory and banking industry measures, raising optimism that the world’s third-largest economy may finally catch up with the global finance boom. Companies will be able to sell a variety of financial goods, banking, securities, and insurance, under a single financial services brokerage licence, according to a revised law slated to take effect in November.

Consumers will be able to access such things more easily through a smartphone app as a result of this. Previously, businesses had to seek separate permits for each of their services. These developments are bringing a much-needed change in the Japanese economic policy, and this is surely going to attract immense FDI. The fact that Japan is on its way to solving the very problem that has held it back, should come as a nightmare to China, where the investors are leaving en-masse.