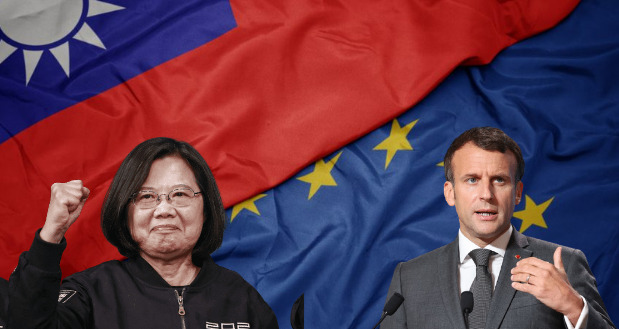 As Angela Merkel hangs her boots after serving as German Chancellor for straight 16 years in office, the European Union outlook towards China is increasingly getting tougher. And now the EU is hitting China where it hurts the most—The Taiwan issue.

The EU’s strategic view has tilted in favour of Taiwan quite drastically. Last year, when the EU and China rushed through the Merkel-backed Investment treaty, the bloc was accused of failing to stand up against China’s tremendous human rights abuses in Xinjiang and Hong Kong. A mere ten months down the line, not only the deal itself hangs in balance, but the bilateral ties between the EU and China also stand a great chance to hit a roadblock as the bloc looks forward to bolstering its ties with Taiwan.

As reported by Nikkei Asia, the EU parliament on Thursday passed a resolution in favour of Taiwan with a majority of 580 to 26 votes, urging the EU’s executive European Commission to “urgently begin an impact assessment, public consultation and scoping exercise on a bilateral investment agreement.” The lawmakers also demanded the commission to open a trade office in Taiwan through the non-binding resolution.

Expectedly, the Chinese foreign ministry lodged a strong protest with the EU officials while accusing the bloc of infringing upon China’s territorial integrity. Wolf warrior diplomat Wang Wenbin told reporters in Beijing that “The EU parliament should immediately stop words and actions that undermine China’s sovereignty and territorial integrity.”

The EU’s recently-unveiled Indo-Pacific strategy explains the calls for forging strong trade ties with Taiwan. The strategy puts special emphasis on stability in and around the Taiwan Strait. The draft for the strategy specifies that tensions around contested territories and maritime zones, such as in the South China Sea and the Taiwan Strait, “may have a direct impact on European security and prosperity.”

Moreover, contentious issues like human rights abuses in Xinjiang have again taken centrality in the Sino-EU ties. As per the EU’s Indo-Pacific strategy, “Democratic principles and human rights are also under threat from authoritarian regimes in the region, putting the region’s stability at risk.” This became evident when the European Parliament decided to block the EU’s investment treaty with China earlier this year, which had given Beijing an edge over Brussels in the realm of trade and investments.

Another testimony of the growing EU-Taiwan ties came in the form of the announcement of Joseph Wu’s upcoming visit to Slovakia and the Czech Republic. Wu will be addressing a gathering on Tuesday in Slovakia. In the Czech Republic, Wu is to receive a medal from Czech Senate President Milos Vystrcil to honour the minister as a special guest of the country and meet with Prague Mayor Zdenek Hrib. The visit has also irked China in great proportions.

Angela Merkel is herself at the fag end of her long political career. On the other hand, French President Emmanuel Macron is likely to come back to power next year. Macron is already very popular within and outside the European Union, and a consecutive second term for Macron will establish his position as the tallest EU leader. As such, an anti-China Macron is replacing a pro-China Merkel, and we already have some ominous signals for Beijing coming directly from Brussels.

Read More: The EU and ASEAN helped China when Beijing needed them the most, now both have dumped China forever

France’s ties with China have grown bleaker over the past years owing to Beijing’s brazen attempts to undermine Paris’ influence in its territories in the Pacific. For instance, China has been accused of attempting to usurp the French territory of New Caledonia by devising economic measures and strategically absorbing all of the country’s nickel exports that have rendered the overseas French territory dangerously dependent on Beijing.

🇪🇺🇹🇼🇨🇳 Taiwan has become a political topic in CEE countries. Following the steps of Lithuania, Slovakia and Czechia now a Hungarian MEP speaks up for stronger EU-Taiwan ties. It suggests a dramatic change in 🇭🇺-🇨🇳 relations in case the opposition pulls in the elections next May. https://t.co/cwsgPxvyUj

So, France has taken the driver seat in shaping the EU’s foreign policy towards China, and there is hardly any encouraging sign for China as of now. If the EU’s new Indo-Pacific strategy is any indication, China should focus on putting its house in order first, rather than unleashing its bellicose officials on democratic powers.