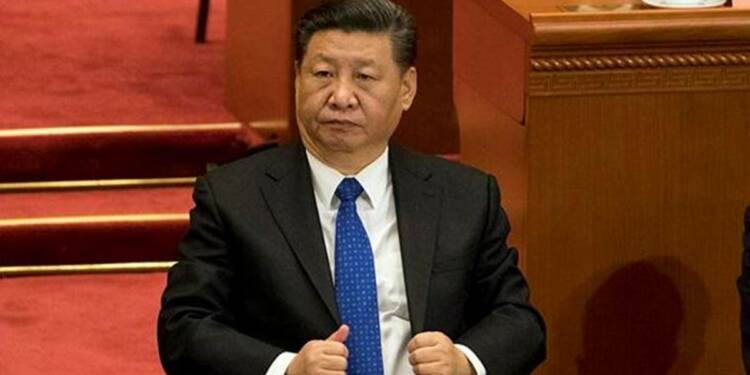 Chinese President Xi Jinping knows the art of making China’s partners unhappy and isolating his country from the rest of the world. This is literally what Xi has been doing for the past one year.

Last year, when Trump led a global campaign to isolate China, there were two big powers that came to the Communist nation’s rescue- the Association of Southeast Asian Nations (ASEAN) and the European Union (EU). However, despite having helped China in its most difficult time, both EU and ASEAN seem to have dumped China for good now. If Trump himself comes back to power in the US, China has really no one left to bat for it.

Why European Union had befriended China?

When former US President Donald Trump waged a relentless campaign against Chinese authoritarianism and Xi Jinping’s global domination dreams, the EU was supposed to put its weight behind the US, being a representative of Western democratic values.

However, the European Union had different ideas. German Chancellor Angela Merkel, the de facto EU leader, had a clear agenda- promote Berlin’s trade ties with China even if it meant compromising on values like international comity and human rights. So, Merkel wasn’t just rooting for China, but was also forcing the entire European Union to turn pro-China.

As Germany’s Chancellor, Merkel used her influence within the European Union and went as far as pushing an investment deal with China.

European Union turns away from China with Merkel’s waning influence

Angela Merkel is herself at the fag end of her long political career. She is going to retire after September 26 elections in Germany. On the other hand, French President Emmanuel Macron is likely to come back to power next year.

Macron is already very popular within and outside the European Union, and a consecutive second term for Macron will establish his position as the tallest EU leader. As such, an anti-China Macron is replacing a pro-China Merkel, and we already have some ominous signals for Beijing coming directly from Brussels.

Recently, the Brussels-based European Union released a new draft of its Indo-Pacific policy. Under this policy, the EU will seek to forge digital partnerships with Japan, South Korea and Singapore. Much to Beijing’s dismay, the EU will not shy away from growing closer trade ties with Taiwan. Interestingly, the bloc will also strengthen Asia’s sensitive semi-conductor supply chains by reinforcing its additional resources. Needless to say, the EU’s new Indo-Pacific strategy is centred on China’s belligerence in the Indo-Pacific.

The Indo-Pacific strategy draft thus manifests how anti-China sentiment is building up inside the European Union, with Macron all set to assume the role of the intergovernmental group’s de facto leadership.

Now, this may sound really strange. ASEAN members like Vietnam, the Philippines, Malaysia, Brunei and Indonesia, are some of the most prominent victims of Chinese bullying. China claims almost the entire South China Sea as a part of its nine-dash line claims, and it routinely harasses fishermen and other maritime elements of Southeast Asian nations in the hotly contested region.

Yet, when Trump kick-started a campaign to decouple the global mainstream economy from China, ASEAN was one of the few powers that actually backed the Chinese economy.

ASEAN itself has a long-held policy of maintaining neutrality and gaining out of economic cooperation with both the giants, that is, the US and China in this case. In fact, ASEAN became a key export destination for Chinese manufacturers post Trump’s tariff wars against Beijing and last year, the Jakarta-based regional group became China’s biggest trade partner.

ASEAN turning its back on China

The ASEAN-China episode closely resembles the European Union-China episode. For some time, ASEAN was happy to tap into Chinese wealth which was getting predominantly cut off from the US.

However, over the past one year, Southeast Asian nations have realised that Beijing isn’t a safe power. Firstly, ASEAN has been deeply worried about China’s relentless belligerence in the South China Sea. And secondly, ASEAN has found new partners in Japan and Russia, both of which want to check the rising Chinese hegemony.

Russia, of course, remains the biggest arms exporter to Southeast Asia and is also investing in regional attempts to tap into the South China Sea’s natural wealth irrespective of Chinese bullying.

Similarly, Japan is looking to sell weapons to China’s Southeast Asian adversaries like Vietnam and Indonesia. Since the Abe era, Japan has incentivized its manufacturing companies based in China to shift production out of the Middle Kingdom and relocate to other destinations. Many of these companies chose Vietnam as their new destination.

Moreover, Japan is getting involved in oil drilling activities in the South China Sea in order to push back against Jinping-led China’s tendency to stake claim over the entire South China Sea.

What’s ahead for China?

Let us put it simply, China is looking at a lot of trouble. Trump is highly likely to come back to power in the US after the 2024 elections. And this time, China will have no friends. Its only two partners- the European Union and ASEAN have abandoned China altogether. The Chinese Communist Party (CCP) may have survived Trump’s first assault in 2020, but it will definitely perish after the 2024 US Presidential polls.