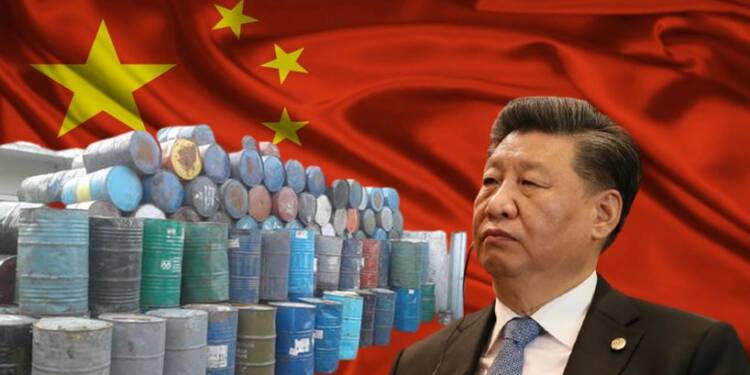 Diesel Crisis in China – Chinese President Xi Jinping has broken down the People’s Republic of China (PRC). The communist nation simply doesn’t have enough fuel to power its operations. The Chinese thermal plants have shut down, factories have scaled down operations drastically due to lack of power supply and households have gone dark. Now, Chinese cars, trucks and other vehicles are also coming to a grinding halt, as diesel stocks in China too, are going down at a breakneck pace.

China racing against time to avert a diesel crisis:

China is on the verge of exhausting its diesel stock and is racing against time to preserve it. In order to battle diesel crisis, China is looking to cut down on exports and increase imports of the fuel.

In fact, Reuters reported that as per sources, the state-owned China National Offshore Oil Corporation (CNOOC) has purchased two diesel shipments totalling about 50,000 tonnes for delivery in November.

Also read: Just as China prepared to extract coal from its own mines, heavy rainfalls sealed them shut

China is looking to import crude oil from several sources including Russia, Iran and Oman.

Meanwhile, independent processors in China, who are given yearly import quotas for sourcing crude oil supplies, are also rushing to grab a greater share of crude oil. They have less than three months of import quotas left and are therefore looking to exhaust the limits given to them.

As per ‘Truck Brothers’, a driver club on the Tencent News platform, some pump stations in China have limited sales to trucks to 100 liters per vehicle.

Where did all the Chinese Diesel go?

China is an energy dependent nation. It imports crude oil from the Middle East and Russia, which is then processed by state-owned refiners and independent processors called teapots.

Therefore, China has been hurt by tight energy supply and rising crude oil price in the global markets. OPEC (Organisation of Petroleum Exporting Countries), Russia and its allies, who are collectively known as OPEC+, had decided to impose COVID-related crude output cuts last year. This year, the post-COVID economic recovery has lifted demand of oil but recovery of oil production in OPEC+ nations has been slow, which means tight supply and higher prices. In fact, $85 per barrel crude price may become the new normal in the global market.

In China’s case, diesel demand is picking up very quickly due to three main factors-

Why China is facing Diesel crisis?

Apart from this, domestic travel has picked up across China. Holiday travel and greater mobility have also led to higher fuel consumption. In the first half of this year, Chinese factories too had started reopening before the coal crisis led to their shutdown, which had further pushed fuel consumption. The mismatch in growing demand and stagnant supply is now eroding China’s diesel inventories.

Moreover, there was also some gross mismanagement by the Xi Jinping administration. In May, Beijing imposed heavy taxes on imports of light cycle oil (LCO), a blending component for diesel, in a bid to reduce fuel oversupply. At that time, Xi didn’t consider that there will be a likely shortage of oil supply in the future, which could lead to tight supply of the critical energy resource to China. Lack of foresight and not stocking up enough supplies are reinforcing the diesel crisis in China.

Xi Jinping simply did not anticipate that diesel consumption would rise rapidly in his country and oil producing nations tend to keep supply tight in order to maintain a high price level. Now, China is paying for his lack of understanding, as the country is all set to come to a grinding halt amidst widespread diesel crisis.