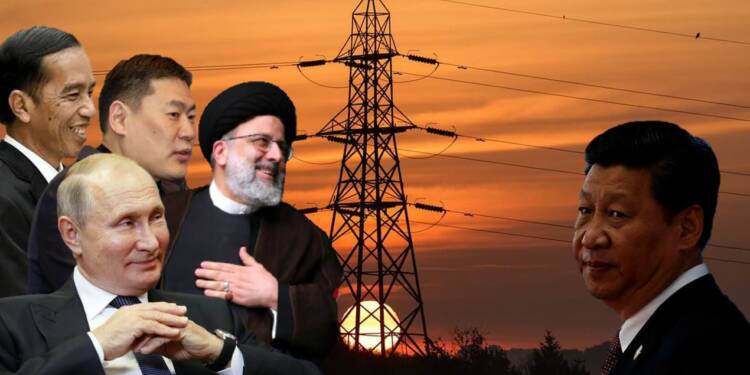 The Communist nation of China is coming to a grinding halt. The country is already facing a painful coal crisis, which has led to factory shutdowns and nationwide blackouts. Now, the country is also facing a diesel shortage as an upsurge in the sale of diesel generators to serve as an alternative to coal-based electricity, seasonal factors like fishing and crop harvest, and an online shopping spree have led to growing diesel demand. Meanwhile, coal and oil-producing countries like Russia, Indonesia, Mongolia, and Iran are turning China’s crisis into an opportunity for themselves.

They are banking on skyrocketing fuel prices in China to make huge profits. They have learnt this art of turning someone’s crisis into an opportunity for oneself from the best artist in this art- China. Only last year, Beijing was thriving on a Pandemic of its own making and today China’s energy crisis is becoming a source of profiteering for many other nations.

Indonesia is the world’s largest thermal coal exporter, exporting around 400 million tonnes of fossil fuel in 2020. Yet, the COVID-19 Pandemic led to huge losses for the Indonesian coal mining industry and brought down Indonesian coal exports from the record level that it had reached in the year 2019.

Now, Indonesia is using China’s coal crisis to revive its mining industry. Indonesia has now become the biggest overseas supplier of coal to China. Cargoes of coking, thermal and brown coal have crossed 21 million tonnes in September, which is roughly around a 23.5 percent jump from the 17 million tonnes of coal exported to China in August.

Meanwhile, Russia and Mongolia too are profiteering out of the Chinese coal crisis. China’s coal crisis has been triggered by its unofficial ban on Australia’s high-calorific coal. On the other hand, Russian and Mongolian coal supplies hardly match the quality of Australian coal.

Yet, both Mongolia and Russia know that China is desperate and will pay any price to purchase it. As of October 19, the most-traded thermal coal contract on the Zhengzhou Commodity Exchange, for delivery in January, was trading at $275 a tonne.

In January-August 2021, Russian coal exports to China went up by a whopping 43%. In fact, Russia’s coal export capacity has got maxed out. Natasha Tyrina, a principal research analyst at Wood Mackenzie Ltd. in Houston said, “If all the European utilities switch to coal, it will result in a huge spike in coal demand that Russia alone cannot provide for on such a short notice.”

Russia is the main supplier of energy to Europe- be it crude oil, natural gas, or solid fossil fuels. Presently, Russia and Europe are engaged in an energy standoff of sorts. Natural gas contracts have hit new highs in Europe and regional benchmark prices have shot up by almost 500% this year.

With upcoming winters, Europe needs more energy but experts say that Russia is withholding gas supplies to Europe on purpose.

Europe is facing the consequences of inadequate energy resources supply from Russia. But it is also hurting China at the same time.

Chinese State-owned refiners want to boost crude refining in order to pump up diesel manufacturing. This is critical for ensuring that Chinese transportation and industrial activity don’t face further setbacks.

Meanwhile, China’s independent refiners called teapots that account for over 25% of China’s total oil-producing capacity are also looking for crude. Teapots are given yearly import quotas to source crude for refining and therefore they are looking to use up the quotas before their expiry in less than three months.

Russia seems to have staged its energy stand-off with Europe just at the right time. Crude is already trading at a very high price of $83.98 per barrel and Europe’s energy crisis is pushing the prices even further.

China is likely to end up buying Russia’s ESPO oil from the Far East as it typically takes less than a week to be shipped and is the quickest source of oil for the Communist nation. Moscow will therefore manage to sell crude oil to China at extremely high prices, which are set to rise even further given the energy crisis in Europe and China.

Iran and other Middle East economies also benefit from the Chinese crisis:

Russia remains, at the end of the day, the primary supplier of crude oil to Europe. Make no mistake, Russia will never want to lose this leverage over Europe and therefore it will keep exporting some oil to Europe as well.

So, China won’t be able to fulfil its energy needs from Russia alone. This is where the Organization of the Petroleum Exporting Countries (OPEC) like Iran and Saudi Arabia come into the picture. As per Bloomberg, Chinese teapots are also likely to consider sourcing crude from the Middle East or even sanctioned crude from Iran.

However, OPEC too is more interested in profiteering out of the Chinese energy crisis. Earlier this month, OPEC leader Saudi Arabia dismissed calls for speedier oil output increases that could have slowed down the crude oil price rise. Riyadh made it clear that its efforts with allies were protecting the oil market from the wild price swings seen in natural gas and coal markets.

In fact, OPEC+, which consists of the OPEC, and Russia and its allies, isn’t showing any signs of boosting production. Russian President Vladimir Putin said, “Not all oil-producing countries are in a position to ramp up production quickly.” This means China will have to purchase its emergency crude supplies at extraordinarily high prices as OPEC+ profiteers out of its misery.

China is in a crisis situation. But major oil and coal producing nations aren’t helping it, rather they are capitalizing on its crisis- an art that they have learned from China itself.