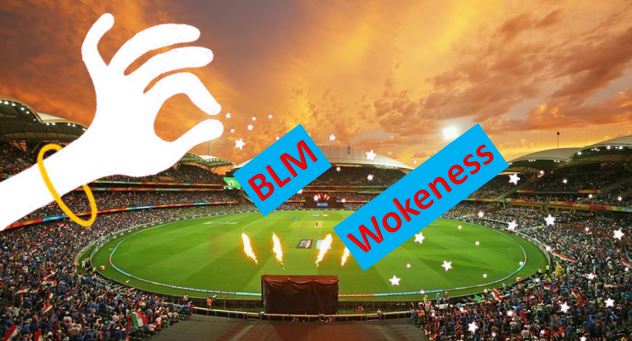 For some, it is a sport. For most, it is a religion. We are talking about cricket, the world’s most-watched sport only next to football. Inherently a gentlemen’s game, Cricket has always kept politics from impeding it. It has given some nations their true identity. It has produced innumerable legends and brand ambassadors. People don’t play it, they tend to live the game.

For instance, look at Australia’s great legends. From Don Bradman to Dennis Lillee, and from Ellyse Perry to Ricky Ponting; all of them have been professional cricketers. Look at the Caribbean nations, whom Cricket gave their true national identity. The West Indies cricket team today represents 15 tiny Caribbean nations, helping talented black players to overturn existing attitudes of white superiority.

The astonishing rise of the Indian cricket industry ensured a levelled playing field for all ethnicities and races in the sport. Today, India is the face of the global cricket industry, having the largest cricket economy and a jaw-dropping fan following, which is unmatched. Expectedly, most of India’s superstars also belong to the cricketing fraternity.

Being a gentlemen’s game, cricket has remained a place free of racism, despite the sport tracing its roots to the white-dominated British society. The most glaring example has been the ban on the South African cricket team in the 1970s, after the then South African government brought in some disgusting apartheid policies.

Cricket does NOT need a BLM to weed out racism from the sport:

As per those policies, only white players were allowed to play in the national cricket team, that too, only against white opponents. Hence, the team was allowed to play against three nations only, namely England, Australia and New Zealand. It was the time when racism in South Africa was at its peak. And it was also the time when the then white-dominated cricket took the task of dealing with this menace, upon itself. Resultantly, the South African cricket team was banned from international cricket till 1991.

And make no mistake, South Africa used to be a cricket superpower back then. With all-time legends like Peter Kirsten, Alan Kourie, Ken McEwan, Graeme Pollock and Andrew Hudson on the squad, the South African cricket team was among the most fearsome squads on the global cricket map. But, it hardly stopped the white-dominated International Cricket Council (ICC) from stopping short of putting a blanket ban on the nation’s thriving cricket industry, bringing a tragic end to the flourishing careers of all the cricket legends. It was done because it was necessary. It was done because the whites understood how important it was to keep racism out of the sport.

Sadly, today’s cricket doesn’t understand this simplicity. In fact, racism is slowly and surely making its way back to the sport; the only difference today is that the whites are at the receiving end. ‘Reverse-racism’ or a situation, where the whites get discriminated at the hands of blacks, has plagued today’s cricket industry in the country.

Whites have sort of become untouchables in today’s South African society, making it tedious for them to secure a seat on the national cricket squad. The notorious quota system has been introduced, prompting talented white players to look abroad for better opportunities. For instance, Kevin Pietersen, the maverick cricketer, had left his country of South Africa at the age of 19, to seek better opportunities in England. Similarly, world-class players like Jacques Rudolf, Kyle Abott, Morne Morkel, and others have rescinded the country in the hopes of better opportunities abroad.

BLM in South African cricket is a stupid idea:

It becomes vehemently stupid and pathetic for a movement like ‘Black Lives Matter’ to creep into today’s cricket and propagate how racism against blacks should be discouraged. And it becomes even more stupid and distressing when today’s South African cricket team, which is plagued with reverse racism against whites, is asked to take a knee to show their support for the BLM movement.

And when a maverick South African batsman like Quinton De Kock refused to submit to the diktat of taking a knee before a match in the T-20 World Cup, he was simply thrown out of the playing XI. And now, he has been forced to issue an apology for his behaviour, as a prerequisite for his re-inclusion into the playing squad.

Given today’s miseries of white players in the South African cricket team, ideally, the black players should have been asked to “take a knee” in support of the white players. But asking a South African white player to endorse the BLM movement is like rubbing salt to the player’s wounds.

Actually, there is no place for a BLM-like movement in a sport like cricket, which has time and again proved how it is self-sufficient to weed out every kind of racism from the sport. BLM is of course not a global movement – it is meant for white-majority societies and nations. Hence, the Indian fans were right in chastising their cricket board and players this week, when all the 11 players took a knee in support of the BLM before a hotly contested match between India and Pakistan.

Also read: The South African Cricket team is nowhere on the Cricket map and the reason is ‘reservations’

The BLM has infiltrated world cricket because the industry caters to millions of cricket fans across tens of nations. The BLM has projected its enormous soft power by making cricket players take a knee at the world stage, during the T-20 World Cup. However, metastasizing the notorious BLM movement in the global cricket industry simply holds no value to the real cause. It only helps the reverse racism against whites make deeper inroads in global cricket, at the behest of the sold-out champions of the BLM.