Why the EU is suddenly turning into a friend of Israel starting with Germany? 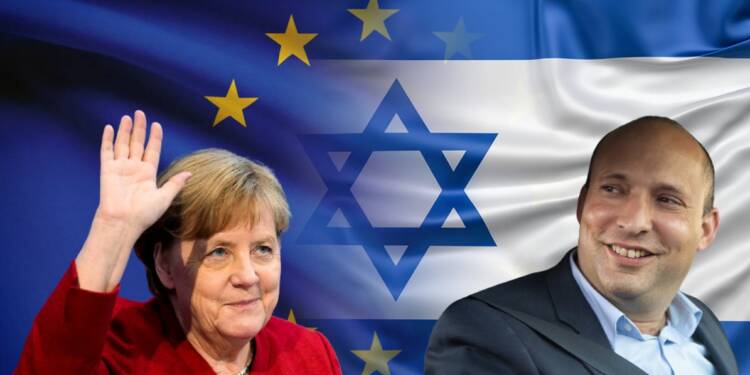 The EU wants to placate Iran for some quick fix of the energy crisis, but countries like Germany know that they cannot afford to get on the bad side of Israel, entirely. And thus, only a day after issuing a joint statement with 11 other European countries reaffirming their “strong opposition” to Israel’s settlement policy in the West Bank and East Jerusalem, Germany said on Friday, that it would not support sanction threats over Israel. The infrastructure building projects that the UAE and Israel are working on can solve the problem of the unavailability of constant supply of energy to Europe. The Trans-Israel pipeline connects Eilat, located on the Gulf of Aqaba at the northern tip of the Red Sea to Ashkelon, an Israeli port city on the eastern Mediterranean coast.

The 254 km-long pipeline passes through the Negev Desert region and effectively bypasses the Suez Canal. This is a given fact that in the long run, it will need the Abraham Accord countries to secure supply of oil and gas, and decrease the dependence on Russia. Given the stakes, making an enemy out of Israel is not a good thing.

The pipeline actually has a very interesting history. It was built in 1968 as a part of an agreement between Israel and Iran. Tehran used to be represented by the moderate Shah regime those days, and Israel and Iran used to be allies. The two countries had then constructed the strategic pipeline to transport Iranian crude oil to customers in Israel and Europe.

Germany leading the EU’s sudden U-turn towards Israel from foe to friends:

When asked if Germany would support sanctions against the Jewish state at a regular press conference in Berlin, Andrea Sasse, the Foreign Ministry’s deputy spokeswoman, answered, “From our point of view, it is not useful to speculate about such consequences,”.

“The declaration is clearly a strong message, and speculating here about the threat of sanctions or similar measures would be wrong in our view. Besides, we don’t do that in the first instance”, she added. Sasse was referring to a joint statement against Israeli settlements released on Thursday by the Foreign Ministry spokespersons of Belgium, Denmark, Finland, France, Germany, Ireland, Italy, the Netherlands, Norway, Poland, Spain, and Sweden.

EU’s sucking up to Iran and energy needs:

Before taking u-turn, EU (European Union) had joined other nations in issuing a statement against Israel. The recent developments of sudden diplomatic aggression from the EU towards Israel and the easing of tensions with Iran gave away a pattern. Through these developments, we can deduce that the EU’s real concern is the continued supply of natural gas. The EU does not seem concerned by the impact of pampering Iran, in the pursuit of the same.

Also read: ‘Gas’ is the reason why the EU keeps sucking up to Iran and abusing Israel

On Thursday, a group of 12 EU member countries urged Israel to abandon plans for the construction of over 3000 settlement homes in the West Bank. Separately, the United Kingdom released a statement encouraging Israel to abandon plans for new settlement construction. The same countries were working with the US to take up Iran-nuclear talks, in Rome.

Now, the EU is taking a step back and understanding that while for a short term, angering Israel and placating Iran may solve the gas crisis, but in the long run, Israel’s infrastructure push to create a pipeline will help emancipate EU from Russian gas dependence. Taking the wiser route, Germany has decided to lead the EU’s return to friendship with Israel.

All AMISE full form and definition