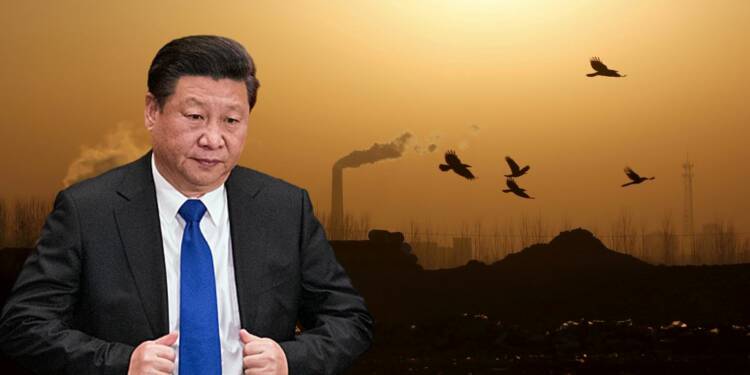 Even with the rising risks of the Chinese economy hitting stagnation, the Chinese policymakers and People’s Bank of China may find it arduous to inject monetary stimulus into the markets to keep inflation from further ravaging the markets. This means that China may be forced to sacrifice its short-term economic development goals to curb the upward spiral of inflation.

Consumers to feel the heat:

Rising Producer Price Index (PPI) means that the worst is yet to come for the Chinese consumers, as Chinese producers will get forced to pass the burden onto consumers. The consumer price index (CPI) rose 1.5% in October year-on-year, compared with September’s 0.7% rise. But that’s just the tip of the iceberg, as October’s Producer Price Index (PPI) data suggests rainy days ahead for the CPI in November. “We are concerned about the pass-through from producer prices to consumer prices”, said Zhiwei Zhang, chief economist at Pinpoint Asset Management, in a note to Reuters.

The development has also raised fears of China pacing fast towards stagflation, a situation when the inflation rate is high, the economic growth rate slows, and unemployment remains steadily high. With the unfolding real estate crisis and the Xi Jinping administration’s unabated campaign against private capital holders, China’s economy is looking at an imminent collapse in the eye.

On the other hand, plummeting lottery sales in China also paint a bleaker picture of the employment rate in the country. Lottery sales declined by almost 13% from a year earlier to 31.2 billion yuan ($4.9 billion) in September, pointing towards the shrinking purchasing power of the Chinese middle class. “Higher unemployment would have a negative impact on lottery sales”, Soochow analyst Yao Pei was quoted as saying, by Hindustan Times.

Make no mistake, factory gate prices don’t include transportation and distribution costs incurred by the wholesalers. And that’s what is more concerning, because of diesel supplies running tight in major Chinese cities. A crippling shortage of diesel has accelerated fuel prices in China.

Chinese exporters to bear the brunt:

On the other hand, rising commodity prices and continuing energy crisis have made things worse for the producers. Widespread power rationing has led to a second monthly contraction in manufacturing activity in October. This also means that China’s exporters are set to lose competitive advantage against producers from countries like India, where production continues to remain cheaper.

According to an economist quoted by Taiwan News, labour-intensive enterprises of China will face the brunt of a change in policy by the 32 countries. China’s low-margin, labour-intensive industries would be the hardest hit, potentially hastening the movement of manufacturing from China to other developing countries.

Beginning December 1, some 32 nations would no longer grant favourable tariff treatment to Beijing. According to the Hong Kong-based online news portal HK01, 32 nations would remove China from their trade preference lists of recipients of duty-free tariff treatment for certain items. China will no longer be eligible for GSP trade benefits from 27 EU nations, the United Kingdom, Canada, Turkey, Ukraine, and Liechtenstein, as of December 1.

So, the rising cost of production in China doesn’t only threaten China’s status as a global manufacturing powerhouse, but also indicates the dire situation of Chinese consumers. This will also aggravate China’s food crisis, with several food companies already announcing price hikes in their products. If China’s production crisis is any indication, China’s energy and economic crisis may be much larger than what’s been reported in the global media.