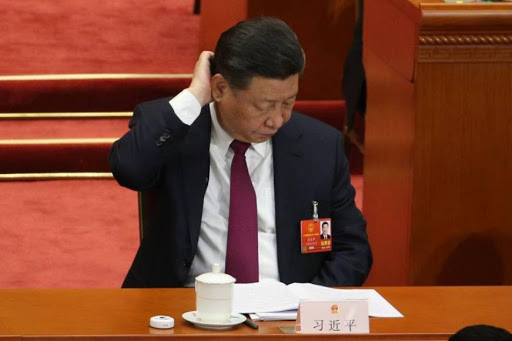 China has been trying its level best to keep up the facade of improving economic growth and become the city on the hill for global investors. However, the reality is the exact mirror image of what is being portrayed. Anyone who follows the Chinese economy and their statistical malpractices will never believe the data that the Chinese Communist Party shows to the entire world. The latest trends visibly reveal Chinese economic decline by the state of its Bond markets.

In the most recent event, the Yongcheng Coal and Electricity Holding Group (a state-owned miner) in Henan Province failed to repay the principal as well as the interest due on Monday on two closely watched bonds. It happened just after the meeting of the Financial Stability and Development Committee in Beijing on Saturday. The company had missed its debt obligation only two weeks ago, in the latest sign of trouble in China’s fixed-income market.

The meeting had called to “safeguard the stability of the bond market.” And this is not the language used when the economy is booming. The company has blamed the “liquidity problem” to be caused by the Coronavirus Pandemic, and as per the company, it has strained its business, making it difficult to refinance the bond market. It was unable to redeem two 1 billion Yuan ($152 million) short-term notes with maturities of 210 days and 270 days, respectively, according to news reports based on the announcements.

As earlier reported by TFI, that the companies in the bond market are defaulting and it is a big reason for the international investors bailing out of the country, and this further deteriorates the possibility of infusing liquidity and leads to more companies defaulting, and the downward spiral continues.

Read more: Investors pulling out of the Chinese economy with companies defaulting on corporate bonds.

As per Nikkei Asia, Chang Li, a China country specialist at S&P Global Ratings, last week said that Yongcheng’s default “surprised the market because it indicated the local government’s attitude to providing support had reversed.” And it is no rocket science to understand why the local governments are not providing support to the companies defaulting left and right. It is obvious that the liquidity bubble created by cheating the investors with painting rosy pictures of economic growth while a steep fall has emptied and the governments cannot provide further financial assistance to the companies.

The Chinese government can claim all the rosy numbers that they want to project a miraculous economic rebound but the reality can be seen from its fixed-income market. China had earlier too tried these kinds of shenanigans by putting out fabricated and compromised GDP numbers, just to attract investors and gain much-needed dollars to keep its economy afloat, at a time of global isolation.

Read more: China claims a miraculous economic rebound with 3.2% GDP growth rate and it is a big fat lie.

The Chinese for long have tried to bury this financial catastrophe, but now they are on a face-saving spree. China’s in-house rating agency, Chengxin International Credit Rating, had the highest “AAA” rating for Yongcheng until the default. The ratings of the company and its securities were dragged down below investment grade to “BB” a day after the first default came out.

In the backdrop of these financial fallacies and economic downturn, the haste on part of China to increase domestic spending and joining RCEP as well as fast-tracking the trilateral Free Trade Agreement with South Korea and Japan makes total sense.

The real loser by creating the illusion of being the city on the hill, the bright spot of economic recovery and promising the investors hefty returns, is China itself. Now, even if the economy returns to somewhat normal, the belief of the investors be it individuals and conglomerates alike has been shaken to the core. Now, no statistics coming out of China will satisfy them, and this is terrible news for a big economy, with a lot of mouths to feed and a lot of consumer demand to meet, but no liquidity and no foreign investment to push these things through.